What’s In and What’s Out in MiFID II

Yesterday’s overwhelming vote by a committee of the European parliament to endorse sweeping reforms of the region’s financial markets has come down hard on high-frequency trading but it appears that MEPs have watered down proposals for organized trading facilities in equities as well as backing away from the introduction of more competition to clearing.

The parliament’s Economic and Monetary Affairs Committee (Econ) voted 45-0 in favor of updating the Markets in Financial Instruments Directive, otherwise known as MiFID II, with the most controversial addition being the introduction of a minimum resting time for orders to remain valid on an exchange for at least 500 milliseconds, which is far longer than most HFT firms stay in the market. The vote had been held up over the summer as Econ grappled with over 2,000 amendments to the document.

HFT firms are concerned that these restrictions will force significant alterations to their business models and will result in less liquidity and wider spreads for other market participants. HFT is thought to account for around 40% of all trades on European markets but the original MiFID document in 2007 did not have any concrete rules in place to govern the growing practice.

Markus Ferber, the German center-right MEP tasked with guiding MiFID II through the European parliament, appears to have got his wish in clamping down on what he sees as the predatory practices of HFT.

“Certain elements of these regulations tend to be driven by emotive and anecdotal evidence as well as populist rhetoric rather than firm evidence,” said the FIA European Principal Traders Association, a Brussels-based proprietary trading group which represents firms that trade their own capital on European exchange-traded markets such as Knight Capital, Optiver, Getco, Citadel Securities and Quantlab Financial.

“The evidence clearly shows that current exchange-traded markets offer unprecedented liquidity at very low costs to end users. Some of the proposed measures will erode the benefits that technological progress has delivered to investors.”

From 2015, when MiFID II is expected to become law, all market players will also be bound to new rules and procedures for fair and orderly trading, objective criteria for executing orders efficiently and transparent criteria for determining which financial instruments may be traded via their systems. They should also be properly prepared to cope with disruptions of these systems.

MiFID II is also advocating the use of ‘circuit breakers’ to be used in exchanges to suspend trading if there are sudden increases in order flows or market stresses, as well as the introduction of order-to-trade ratios

“With this dossier the European parliament takes a very important step towards transparent and efficient financial markets in the European Union,” said Ferber. “The main goals of the reform of the financial markets regulation are reducing systemic risk, guaranteeing financial market stability and an adequate investor protection. We now look to the Council to join us in negotiations with the Commission, so that we can bring these proposals to a successful conclusion.”

The final European parliament version of MiFID II has also got some surprises in store for exchanges. The much-talked about new trading venue called an organized trading facility will now only be created for bonds and commodities, and not equities as had been thought. This means that bank broker crossing networks, much to the chagrin of the more regulated exchanges, may still remain outside of the rules as they currently do not reside in any of the three MiFID exchange definitions. Although there are suggestions that broker crossing networks may have to reclassify as two of the three exising definitions, either a multilateral trading facility or a systematic internalizer, which would then force broker crossing networks to reavaluate their models. 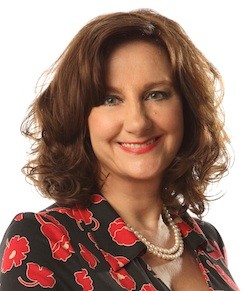 While it appears that in the post-trade space, increased competition to clearing will not now happen, which would have led to more choice and lower fees for investors. The MiFID II ruling means that Deutsche Börse’s Eurex and NYSE Euronext’s Liffe derivatives venues, for example, which operate a near duopoly over some derivatives products in Europe, will both be able to continue a vertical silo approach to clearing whereby they will continue to be able to own their own clearing houses and lock in trading and clearing revenues.

However, position limits on commodities trading have been added to MiFID II, as expected, in a similar move to that in the U.S., in a bid to reduce speculation on energy and food prices. Although positions used for hedging will be treated more leniently.

“We are committed to putting a brake on excessive food speculation,” said Arlene McCarthy, a left-of-center U.K. MEP who is also sits on Econ.

The vote marks the start of a process before MiFID II can become law. The European parliament will now work with the Council of Ministers and the European Commission—in a process known as trialogue—as they try to agree on the final political text of MiFID II.

So, although this is not a done deal by any stretch, there may be more additions and changes to come—but MiFID II is beginning to take shape at long last.