What is the state of blockchain in financial services?

Some market participants and observers say it’s a sure game changer that just needs time to develop. Others say it’s all hype. Most opinions fall somewhere in between.

The landscape was covered at a May 17 London event hosted by Interxion, a provider of colocation data centre services; City Network, which provides cloud services meeting regulatory requirements; and LINX, the London Internet Exchange network. 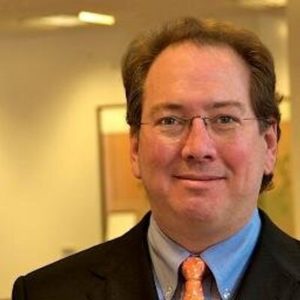 Mainelli co-founded Z/Yen, the UK think-tank and venture firm in 1994 to promote societal advance through better finance and technology. He said in his speech, Smart ledgers after the pixie dust settles, that DLT has huge potential but the cryptocurrency experiment has failed due to its large energy consumption.

“I am very excited at the potential for smart ledgers and mutually distributed executable code,” he added. “Multi-organisational databases can provide audit trails and documentation of identity.”

He continued that DLT in financial services will require central parties to control the database and verify new entries. In addition, firms should not focus on developing applications or proof of concepts to replace existing infrastructure that already works, such as the SWIFT payments system.

“Finance has it backwards by targeting payments and not clients, which is insane,” he said. “Clients have a problem documenting identity.”

Oliver Naegele, chief executive and founder of Blockchain Helix, said on the panel that the startup is developing digital identity solutions on the basis of blockchain. Personal data is stored on a database and blockchain is used to point to this information.

“Personal data belongs to users, not companies,” added Naegele. “Users should give permission for verifiable claims to others to use their data.”

Blockchain Helix and Interxion started public testing this year for the Interxion Key Guardian Service which uses blockchain technology. Interxion Key Guardian is a colocated encryption key security service that allows for high performance, low latency integration with cloud apps while demonstrating strong auditability with a precise physical location of the keys in a secure environment.

Patrick Lastennet, director of marketing & business development, financial services at Interxion, highlighted to Markets Media some of the areas where colocation services are looking to be relevant.

“Coinbase is looking to replicate some of the high-frequency trading/colocation principles that are underpinning equity and foreign exchange capital markets,” added Lastennet. “I would also add, that in that context, larger banks are looking to provide crypto-currency custody services which entails securing private keys for ‘hot-wallets’, something Key Guardian is designed to address.”

This month Coinbase said in a statement that it is launching Coinbase Prime, a platform designed to provide tools and services that institutional investors require in order to trade cryptocurrency. Adam White, general manager at Coinbase, said in a blog: “Over the course of the year we intend to offer lending and margin financing products to qualified clients, high touch and low touch execution services like over-the-counter trading and algorithmic orders, and new market data and research products.” 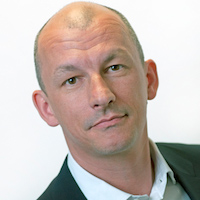 Lastennet continued: “With the recent announcement of Mitsubishi UFJ and Akamai, we are getting indication that major platforms with distributed compute across regional and metropolitan colocation datacenters are likely to be critical in blockchain/DLT use cases reaching desired scalability.”

Japanese bank MUFG announced the development of a blockchain service for payments. The bank said in a statement: “By combining MUFG’s payments business expertise with advanced blockchain technology implemented on Akamai’s global cloud delivery platform, we aim to offer a new global payment network service from fiscal year 2019 compatible with Internet of Things and other new technologies.”

David Lee, principal consultant at BCS Consulting/R3 said on the panel that blockchain is here to stay but may not start in financial services. “There are low-hanging fruit in other sectors such as healthcare,” he added.

He continued that, even on a blockchain, intermediaries will be required to set operational governance standards and for dispute resolution.

Thejasvi Kedambadi, senior technologist at Euroclear said on the panel that disaster recovery is one of the responsibilities of the international central securities depository. He continued that blockchain presents many challenges as securities settlement involves a chain of intermediaries that has evolved over decades.

“There will reintermediation rather than disintermediation,” added Kedamdadi. “‘Blockchain needs to customised so it is not just a shared database. It could reduce friction in areas such as voting where counting the result takes a week.”

In March this year Spanish bank Santander ran a blockchain pilot in parallel to its annual general meeting to produce a “shadow” digital register of the conventional proxy voting. Santander conducted the pilot with technology provider Broadridge, in collaboration with J.P. Morgan and Northern Trust as custodian banks.

Sergio Gámez, global head of shareholders and investor relations at Banco Santander, said in a statement: “In the case of Santander, having very fragmented capital, it is very important to ensure the participation by investors and shareholders, and this year using blockchain technology for the institutional vote has been a great help in terms of transparency and agility across the vote lifecycle.”

Lee McDonald, head of systems architecture at the London Metal Exchange, said on the panel that the firm is looking at blockchain without any commitment.

“We have mature processes and question what blockchain will fix,” added McDonald. “We are waiting for the killer app.”

He continued that one potential use is to track inventory stored in LME warehouses. “The US introduced sanctions on Rusal, the Russian alumimium producer, on 6 April,” he added. “So it is very important to know whether the provenance of the metal in the warehouse is before or after 6 April.” 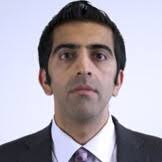 Hirander Misra, chairman of GMEX Group and chief executive of FinComEco, said on the panel: “Blockchain needs to be linked to the physical world of warehousing and the transportation of commodities.”

Misra continued that that he became interested in blockchain three years ago and the provider of exchange and post-trade business services and technology has developed a number of use cases.

Misra said: “Nine months ago was a real game-changer with mainstream adoption.”

FinComEco, or Financial & Commodities Ecosystem, is a subsidiary of GMEX Group to provide services, financing, capacity building and technology, to drive an improvement in food security and economic diversity through socially responsible commercial means (as opposed to charity).

For example, FinComEco has been collaborating with the Agricultural Commodity Exchange for Africa to deliver real-time market updates and pricing information from the exchange direct to the phones of smallholder farmers. In the first year of operation during 2016, farmers had an average 31% increase in income from use of electronic warehouse receipts and better price transparency

In May Block Commodities Limited and FinComEco announced a strategic partnership with OST, the Berlin start-up which aims to be the blockchain technology partner of choice for businesses.

The collaboration will allow sub-Saharan farmers to deploy the profits from the sale of their surplus crops in the wider economy by being rewarded in FACES (Feed Africa Commodities Eco-System) tokens powered by OST technology and the OST token. The OST utility token enables any website, app, or marketplace to easily launch a branded token and integrate it into their business.