Why Equities May Have Finally Turned the Corner

It seems that bullish talk of a return to equities keeps building, especially from market participants in Europe.

Despite December 2012 signaling a five-year low for European equity trading, dropping to levels not seen since December 2008—just three months after the collapse of Lehman Brothers—many market users are beginning to be convinced that a significant corner has been turned. 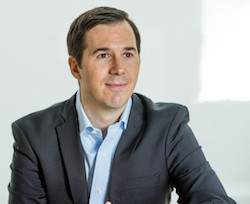 “We do think that 2013 is the year of equities,” said Per Lovén, head of international corporate strategy at Liquidnet Europe, a buy-side focused share-trading venue.

Hedge funds, too, may finally be about to refocus their gaze on the much-maligned asset class. Since the financial crisis took hold, there has been a concerted push into safe-haven assets such as fixed income but, anecdotally at least, this looks to be changing as riskier plays are now back on the table.

“We are definitely seeing a comeback for equities; we think this could be a strong theme in 2013,” said Mark Parsonson, executive director of U.K.-based fund of hedge funds manager Liongate Capital Management.

Most global benchmarks, such as the S&P 500 and FTSE 100, have surged in early 2013 trading—possibly taking some slightly by surprise—leaving some hedge funds to wait for the right moment to re-enter the equities space in a big way.

“A lot of fast money, such as hedge funds, are a little bit underweight equities, but we view that as a short-term trend,” said Parsonson. “There has been a significant rally and some people expect a near-term correction. Should we see a pullback most people will say that is a chance to increase exposure to the asset class. People are much more cautious on investment grade debt and fixed income.”

Big institutional investors are also seemingly looking to increase their exposure to equities from fixed income, as the macroeconomic picture appears to be settling down slightly with early signs of stabilization in U.S. and European markets.

“It would indicate that people feel more comfortable re-diversifying back into equities,” said Lovén at Liquidnet.

This is on top of the prolonged low interest rate environment, falling yields in the fixed income space and building inflationary pressures.

“Volumes are returning and there is quite a lot of anecdotal evidence of asset allocation moves to equity,” said Paul Squires, head of trading at Axa Investment Managers, a French-headquartered institutional investor.

“Certainly some of the fund flow seems to bear this out. I am not sure if it is quite as straightforward as simply out of fixed income and into equity, but certainly the price moves seem to give an indication of that with bond yields higher and equity index levels higher. Volatility is also lower; Vix is back down to 2007 levels.”

However, it may not be quite as simple as that. January is traditionally a month where markets rally—witness 2011, for example—and it may be a couple of months yet at least before anyone can firmly say that a long-term shift back to equities is happening.

“We are very happy with how the year has started for us at Liquidnet and see signs of some of our institutional members looking at equities in a more focused way than last year,” said Lovén at Liquidnet.

“That said, we are optimistic but cautiously optimistic. It’s still far too early to call it a trend. We will have a much clearer picture at the end of the first quarter.”