Could the options-exchange pendulum be about to swing from fragmentation toward consolidation?

That is the some perception of some market observers in the wake of Nasdaq’s planned $1.1 billion purchase of International Securities Exchange, which would bring six of the 14 U.S. options exchanges under one corporate roof.

“Consolidation in this market has long been inevitable, and this acquisition ultimately should be good for investors easing the burden of navigating the numerous liquidity pools that make up the U.S. options market,” said Kevin McPartland, principal in market structure and technology at Greenwich Associates.

The deal isn’t meant to close until the second half of this year, and Nasdaq has yet to spell out what they’ll do with six options exchanges, so the announced deal has no immediate implications for liquidity and block trading. But it’s reasonable to assume that the combined entity will fold at least one exchange into another, McPartland told Markets Media.

A reduction in the number of U.S. options exchanges would at least temporarily pause what has been a multi-year expansion, mostly driven by existing operators who have been keen to grab another couple percentage points of market share by opening a new venue with some slight business-model variation from competitors. The unwieldy field size consistently draws fire from market participants, who say every new exchange adds complexity and costs, while dispersing liquidity in a market that hasn’t been growing.

Still, there is a rationale for every new exchange from the operator’s perspective, which a Nasdaq-ISE union wouldn’t necessarily invalidate. For example, ISE launched its Mercury exchange just last month with a fee model that differs from its two other exchanges by having a payment for order flow/rebate-driven structure. 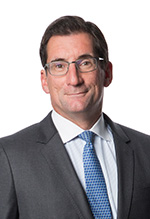 “Even though it sounds absurd that Nasdaq would run six options exchanges, when you look at exchange merger-and-acquisition history in the same asset class, it almost always makes sense to operate the two exchanges separately,” said Adam Sussman, head of market structure at Liquidnet. “If you put them together you wind up losing some market share. I think they will be operated as separate entities into the foreseeable future.”

Sussman also cited data fees, which generate a substantial portion of exchange revenue, as a deterrent to consolidation. “If you have two separate exchanges, you have two distinct data feeds to sell to customers,” Sussman said. “You can maintain that cash flow.”

Strategically, “it looks like Nasdaq is benefiting from (ISE parent company Deutsche Boerse) finally giving up on their U.S. options investment,” which was $2.8 billion in 2007, said David B. Weiss, senior analyst at consultancy Aite Group. “(Nasdaq CEO) Bob Greifeld is buying low.”

“Nasdaq bulks up by doubling down on listed derivatives, both surpassing CBOE to be #1 in U.S. options and now holding 40% of OCC,” Weiss continued, referring to the largest equity derivatives clearing organization. “Nasdaq may also be able to enlarge ISE’s ETF business, and PrecISE Trade has always been very performant for options trading so it will be interesting to see how they integrate the technology.”

The seller of ISE generates cash to redeploy to higher-priority pursuits, including a potential takeover of London Stock Exchange Group. “The sale is not that surprising as Deutsche Boerse has been looking to exit ISE for some time now, and this deal gives them more dry powder for their LSE bid,” said Jamie Selway, head of electronic brokerage at ITG. “For Nasdaq it would be a significant market share jump in the U.S. listed options business – a new record for exchange licenses held at six.”

With reporting by John D’Antona