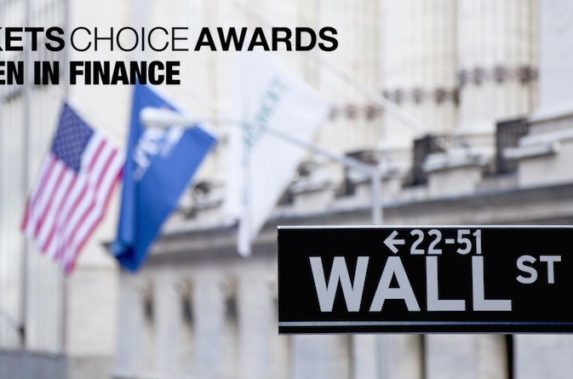 Seema Hingorani was recognized for 2015 Achievement at the 2015 Women in Finance Markets Choice Awards.

What follows is a lightly edited transcript of a January 6 interview.

Markets Media: Describe your role at Girls Who Invest.

Seema Hingorani: I’m the Founder and Chair of Girls Who Invest. I started the organization in April of 2015 and it has come together very quickly. I’m excited about our Board, which is filled with industry people whom I’ve known for a while and whom I trust and respect. A good friend at a great law firm, Pepper Hamilton, is doing all the legal work pro bono. We’ve put together a business plan and a budget. I’ve got a great CEO, Kathleen Dunlap, who’s running it day to day. This summer we will launch our first college program.

The idea behind Girls Who Invest is to build a massive pipeline of talented and vetted women who are excited about going into asset management, across all asset classes including allocators of capital.

SH: I was very flattered to win the award. I never intended to start a non-profit called Girls Who Invest. I did an op-ed for Bloomberg in September 2014. In the piece, I wrote about the lack of women in senior investment roles in asset management — why is this the case and then what can we do about it? In the piece I referenced an organization called Girls Who Code, which a friend of mine started. I wrote that Girls Who Code is a great model, so why not have a Girls Who Invest? 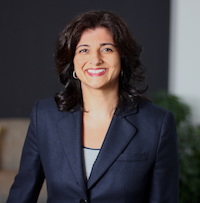 After the op-ed came out I received hundreds of emails from men and women in our business, all over the world, many of whom I’d never met before. I heard from college professors, business school professors, and high school principals who said they shared my passion and wanted to help. I met many incredible people who reached out, over coffees and breakfasts and lunches. I started thinking maybe I really do need to do this. And then I did.

Starting something from scratch out of an idea in an op-ed, and then getting it to the point where it is now even amazes me. What that says to me though is it’s not about me, rather it’s about the fact that now is the time for this idea.

There’s so much momentum and support behind it –from great individuals, from big investment firms, from the academic community, from professors, from colleges, from the students. I go out to speak to so many young women, particularly college women, but also high school women, and some MBA women. Speaking to these young women, I realize we have a huge opportunity.

For example, I’ve asked audiences of 100 women “how many of you believe that a job in our industry is a noble profession?”, and nobody raises their hand. So we have some work to do.

I think there are three key reasons why women may not think of asset management as a good career option.

One, young women are just not aware that this is an exciting, stimulating, rewarding and impactful industry. A lot of millennials care more about making an impact on the world than making money. What I say to them is, “How did Facebook and Amazon get to where they got without investors like us helping them grow and expand? Think about all the innovation you could be a part of.” Then I say, “Okay, you want to impact the developing world? Well, people have clean water, in large part, because investors like us build water treatment facilities. You want to make a social impact? As CIO for the New York City Pension Funds, I was responsible for over 700,000 current employees and retirees who are teachers and firefighters and police officers. Think about that responsibility.

Suddenly their eyes go wide open, and at the end of the talk they ask where to sign up.

Another factor is that post-2008 and the financial crisis, there is still a cloud over our industry. Unfortunately, yes there were some firms and people that did bad things, and those people could likely go to jail. But then I say that there are a lot of really good firms and people out there too, doing the things I described.

The third thing I think they see is there are so few senior women out there now and so they ask themselves how am I supposed to compete in such a male-dominated industry? That’s something we need to talk about, and Girls Who Invest can address this. We can debunk a lot of the myths that are out there.

Girls Who Invest has an opportunity to bring a lot of really good senior women together with the younger women who are interested in the program. And we need to partner with the senior men in our industry to accomplish our goals. I think we all recognize that with more diverse investment teams you get better outcomes. Our job really is to get the conversations started, help build the relationships and then get out of the way.

I feel like we have a huge opportunity to impact the asset management industry in a big way that’s good for everybody.