In an investment-management space heavily influenced by giant firms with veritable supermarkets of offerings across asset classes, geographies, and strategies, Fred Alger Management focuses on doing one thing, and doing it well.

New York-based Alger, founded 50 years ago, manages $22 billion in equities for institutional and retail investors. That’s in the order of 1% of what the BlackRocks, Vanguards and Fidelitys of the world oversee, a positioning that Alger Chief Executive Dan Chung sees as an advantage. 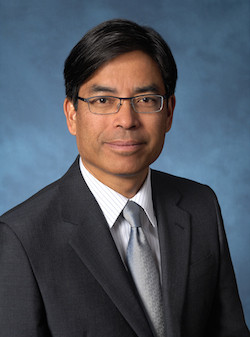 “We’re very much a boutique in culture, and I want to maintain that boutique culture that allows for responding to clients flexibly and quickly, because it’s an edge,” said Chung, who is also Alger’s chief investment officer. “Potentially, we could get quite a bit larger and still have that, but clearly, you lose that at some point when you have offices scattered over the globe and 300 people.”

Alger’s reputation is as an equity-growth boutique. “We’re not a big, multi-armed organization,” Chung told Markets Media in a March 10 interview at his Park Avenue office. “We’re an investment-management firm only.”

In the past decade, and especially over the past four years, Alger has sought to complement its core U.S. equity business with international equity and long-short, a hedge-fund-like strategy. The genesis of the expansion came from a 2005 evaluation of the firm’s strategic growth plans.

“At the time, we had a bond fund, a convertible bond fund, a money market, and one international portfolio,” Chung said. “The strategic review focused on where was our core expertise and strength. I believe that if you have a clear goal and the ability to focus on it, your chances of achieving it are a lot higher.”

“When I looked at our key competitive advantage on the investment side, it’s really a 50-year tradition around a single philosophy of investing,” he continued. “That includes a deep research team, a very well-defined investment process, and our determination to deliver investment excellence.”

Chung noted that as a U.S. equity specialist, Alger has sent analysts and portfolio managers around the world to research the operations of and opportunities for U.S.-based multinational companies, many of whom have generated their fastest growth overseas. “We now have a full international lineup, which is a natural extension,” he said.

Regarding long-short, “the market has been very volatile over the last 14 years, with two major corrections and recessions. We have an aging population, so the volatility is harder to respond to correctly, and there is a growing understanding that a long-term hedged product can offer steadier returns,” Chung said. “This will be at a lower rate than you’d expect from a long-only portfolio, but with a lot less volatility, which is something that a lot of clients feel more at ease with.”

Alger’s investment approach is bottom-up and driven by stock selection, but Chung noted that the firm’s analysts need to be industry experts who have a handle on the global economy as well as trends within their respective industries.

There is no economist on staff, and Alger does not forecast market gauges such as interest rates, oil prices or GDP. “When I give a macro viewpoint, it’s really an aggregation of the macro viewpoints of our analysts,” said Chung, a trim figure who appears younger than his 51 years.

By way of explaining Alger’s investment process, Chung cited the S-curve, which maps the life cycle of a company from slow acceptance, to explosive growth, to a leveling-off and then potentially a demise. Alger focuses on the two locations along the curve where there is the most change taking place.

“On the front end of the curve is the fastest-growing product or service in an industry, because wherever you see high growth in a market, there is a product or service that customers, potentially your customers, are finding more attractive, cheaper, better, or more interesting than what you’ve been selling to them,” Chung said. “Businesses need to recognize and adapt to that.”

“The S-curve also has on its far right a different period — one of decline. This is where you see too many competitors commoditizing prices, or industries or companies that have lost their way,” he continued. “If you think about the stress of a business or an industry that’s in decline, it’s a very large change, one that has to be recognized and adapted to.”

As part of the stock-selection process, Alger’s research team of more than 40 pays close attention to corporate actions such as management changes, product innovation, financial restructuring, cost cutting, and asset sales, for how they might affect revenue, earnings, and cash.

Both S-curve points representing lifecycle changes “are opportunities for investors,” Chung said, adding that Alger’s investment process “is very intensive and detailed. Our analysts comb through their industries, identifying the big trends and lifecycle changes, then look at companies individually for how they’re recognizing and responding.”

Founded in 1964, Alger met tragedy on Sept 11, 2001, when 35 of its 39 employees at its 93rd-floor office in the World Trade Center were killed, including chief executive David Alger. Chung, an Alger technology analyst at the time, was attending a meeting in midtown Manhattan on that fateful morning; as the firm’s senior-most investment employee, he became chief investment officer after 9/11, then president in 2003 and chief executive in 2006.

Outside of its investment strategies, Chung cited sales and marketing as areas in which Alger has raised the bar in recent years. With only about 50 sales and marketing people to compete with industry behemoths, “the only way we can be successful is by being very efficient,” he said.

Alger has raised the bar on efficiency by aggressively expanding its use of databases, software and business intelligence. The investment firm is a buyer rather than a builder in this area.

“Instead of trying to create the software here or trying to do our sales targeting through spreadsheets, it’s much better to use software provided by third-party vendors, who are focused on providing best-of-breed,” Chung said. “We’re leveraging that, whether it’s Salesforce.com or Advent or FactSet or Bloomberg.”

Alger’s raison d’être is to beat the performance of benchmark indices. “As an active manager, part of the philosophy is around constantly challenging our holdings in terms of risk-reward,” Chung explained. “A stock that has raised a lot recently may still have 10-15% upside, but the downside might be 25-30%. We evaluate around the scenarios of what can go right and what can go wrong…We always ask ourselves whether we want to replace something we hold with a better idea.”

Purchases and sales are often made to adjust the size of positions rather than to enter or fully exit a stock, according to Chung. Holdings are turned over at about 110-120% annual rates in core portfolios, and turnover ranges from less than 100% to 200% in other portfolios, he indicated.

For the year ended September 30, 2013, Alger showed a comparatively high turnover rate in a universe of 125 large-cap growth managers tracked by Zeno Consulting Group, formerly known as Plexus. Zeno Chief Executive Steven Glass noted that high turnover by itself is neither good, nor bad, but execution costs of managers with high-turnover strategies have a greater influence on investment returns.

“It is critical that high-turnover strategies have efficient trading processes,” Glass told Markets Media. “Particularly for growth and momentum strategies, having a systematic implementation process designed to minimize not just commissions and daily market impact costs, but also the loss of asset value that occurs when manager trade orders over multiple days, is a key component for sustained superior investment performance.”

Alger’s team of a half-dozen traders casts a wide net in looking for the best bids and offers, spanning more than 90 sell-side broker dealers and seven electronic routing platforms, Chung noted. “If there are large blocks of upstairs liquidity available, we’ll find it usually through advertised order flow from our broker network, or through many of the crossing networks available through our ECNs,” he said. “Our access to many sources of liquidity is actually one of the ways in which we keep frictional costs low.”

In Chung’s view, electronic execution of equity trades has become largely commoditized, and variation in the performance of execution platforms is minimal; differences are observed on a more granular, case-by-case basis. “We’re able to go across (platforms) looking for best execution as it is occurring in that day, in that stock,” he said.

Alger’s use of derivatives is limited to plain-vanilla deployment of options in certain portfolios, typically buying or selling calls around long positions. “We think of it as managing volatility,” Chung said. “With a long position that has risen a lot and may be near-term subject to some correction, we might sell some calls.”

With regard to investment performance, the institutional offering of Alger’s flagship Capital Appreciation Fund generated a net average annual return of 11.2% for the 2004-2013 period, compared with 7.8% for the Russell 1000 Growth Index. The ‘CapApp’ fund outperformed by about 130 basis points annually over one-and five-year time periods, which were much stronger absolute-return markets; three-year performance was about in line with the benchmark. As of Feb. 28, 2014, its biggest holdings were Google, Apple, Facebook, and NXP Semiconductors.

The Alger Spectra Fund shows a similar pattern of strong longer-term outperformance and more modest recent beats; this fund’s 30-year numbers show a net average annual gain of 13.8% compared with 10% for the benchmark.

Alger isn’t the most innovative investment manager in terms of pioneering new processes or strategies; Chung sees the firm’s innovation largely in terms of keeping a read of the pulse of end-user asset owners and adding to or improving the product lineup as warranted. Aside from adding international and long-short strategies, Chung cited last year’s launch of the Capital Appreciation Focus Fund, a more concentrated version of CapApp.

“When I think of innovation, broadly defined and from the investment-strategy side, it’s about responding to clients’ needs, which ultimately are for a high-quality, reliable, and reputable manager who can deliver superior returns,” said Chung.

As a privately owned firm, Alger doesn’t need to appease shareholders with a blueprint for expansion; rather, growth will come as a byproduct of executing on its mission statement. “We’re most proud of our process and our philosophy — if we execute on those two, the performance will be there, and the clients will come,” Chung said.

In an investment world in which scale is a buzzword and a trend has been for boutique managers to be rolled into larger organizations, Chung is optimistic about Alger’s niche.

“The industry is clearly bifurcated. You have gigantic half-trillion-dollar, multi-asset, global money managers, and then there are thousands and thousands of other money managers,” he said. Of those, “the ones that will be successful will be focused boutiques with a clear culture, a strong tradition of excellence, and the capability to compete, like David versus Goliath, on their own terms, in chosen battlefields.”

“Our industry is a very innovative one, so small firms always have opportunities. But I do think it’s getting harder and harder to become a mid-sized boutique like Alger,” Chung continued. “In the end, the value of fundamental research, of dedicated people, of good structure and culture, and sound processes — the basics, in some sense — never goes away or diminishes.”