In 2002, Netflix was an alternative entertainment provider. Its 860,000 U.S. subscribers received (and returned) DVDs through the mail, and neighbors and mail carriers alike were curious about the trademark red envelopes.

Fast forward 15 years: Netflix has 94 million global subscribers, and the streaming service is a household name.

There is a lot to the Netflix story: visionary founders, a massive digitization tailwind, acclaimed original programming. But a key milestone in Netflix’s rapid growth was more mundane: being integrated onto set-top TV boxes, so viewers have seamless access to content and don’t need to switch television inputs or fiddle with different devices.

Alternative data, which can be defined as anything outside of pricing and reference data and fundamental company information, is similarly taking the next step in its evolution, by putting down roots on trading desks. The rationale is that no matter how valuable data might be, its usage will be limited if it’s fighting for space on trading screens that are already crowded with information for traders to monitor.

“Integration of alternative data is happening slowly but surely,” said Ed Oliver, director, finance sales at Dataminr. “It’s a situation where many early adopters have accessed this data directly as a way to test them. As alternative data becomes more widely adopted across the trading floor, a critical next step is getting it more seamlessly integrated into workflows.”

“A FlexTrade user might be managing many orders at one time. From Dataminr, that trader can get content indicating that something is happening in an instrument that’s not be currently reflected in the market data,” said Andy Mahoney, head of sales at FlexTrade. “That gives them a potential edge over someone else in terms of what the stock is going to do or whether the trade needs a bit more attention.” 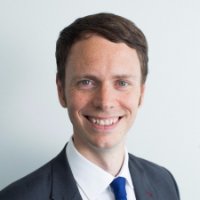 “If something serious is happening in a certain region, or in a certain sector or stock, we can automatically pull the order or switch strategies, depending on the context of the data,” Mahoney said. “Having the information easily digestible by the EMS, rather than accessible only from a different system, is a key differentiator.”

In a sense, the ascendance of alternative data has shifted its value proposition. When early adopters began leveraging these new datasets, they had an offensive advantage over other market participants. But as alt data has moved more mainstream with broader usage, those who aren’t using it may consider doing so for defensive purposes, i.e. to minimize the risk of being blindsided by market-moving information they otherwise would not have.

Alternative data “spans all kinds of different things, but those different things can become mainstream, and then they’re not alternative anymore,” Connell said. “The more people use something, the more traditional it becomes.”

Regarding integration with institutional workflows, Connell said he’s skeptical about more esoteric alt data such as satellite imagery making the leap anytime soon, but it’s feasible for alt data derived from social media. “That I can see being a key import and maybe getting to the trading desk,” he said.

“Traditional data isn’t going anywhere, but alternative sources are providing critical and unique insights that give people an edge, or at least maintain an advantage for them,” said Dataminr’s Oliver. “They’re trying to incorporate those signals into an existing workflow so that they are always armed with the most current news and information that might affect their strategies. The opportunity is receiving the information in a timely way, using it, and benefiting from it.”