For stakeholders in the energy sector, a flaring incident at a refinery that causes a “volcanic eruption” in the night sky can be need-to-know news. Need-to know-*now* news.

That’s just what happened at a CEPSA refinery in Huelva, Spain on April 17. The situation was first noted in a Tweet — with dramatic photos by a local education professor who happened to be passing by. A second photo-supported Tweet appeared two minutes later, from an eyewitness with fewer than 3,000 followers alluding to ongoing issues at the facility by stating “every night, black smoke”.

The sequence of events underscores a certain randomness regarding how news breaks in the current age of citizen journalists with mobile phones. There was no discernible reason for an oil-products trader or C-level industry executive to be aware of the individuals who see the Huelva refinery in their daily lives, let alone follow them on Twitter; but on April 17, they disseminated the news first.

“Events impacting commodity markets and supply, such as refinery issues like shutdowns or explosions, can happen anytime and anywhere,” said Ed Oliver, Vice President, Finance Sales at Dataminr. “Oftentimes the first report comes from an unknown source that you’re not following on Twitter. To stay ahead and gain an information advantage, energy professionals need to look beyond their existing news filter bubble and towards alternative data sources.”

Another energy news story that developed on Twitter was when Venezuela launched an oil-backed cryptocurrency in February.

RT @telesurenglish: .@NicolasMaduro: In a few minutes, we will launch to the world our Venezuelan cryptocurrency "El Petro" that will strengthen our economy https://t.co/zmZFibyizq

In late January, a natural-gas pipeline project connecting Russia and Germany won an important approval. This news was also telegraphed on Twitter, by off-the-radar sources.

#NordStream #NaturalGas #pipeline moving on ahead into #EU through #Germany as #Europe needs cheap reliable #gas supplies. Will payments once it's final be made in #roubles #Yuan or #USD ? #FutureTrends -End of #petrodollar just around the corner #geopolitics of #global #Finance

Twitter has an abundance of real-time information about energy markets, but caveat emptor, noted to Tom Kloza, Global Head of Energy Analysis at OPIS, a unit of IHS Markit. 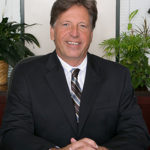 “It’s a fertile area, but there’s a lot of raw ore,” said Kloza, who has covered ‘downstream’ oil markets for more than 40 years. “It needs to be refined and then triple-refined.”

For content contributors, an advantage of Twitter is the ability to publish with no verification; this immediacy can be helpful for consumers of the content, but it also presents a risk factor. “You really have to be careful in vetting the information,” Kloza said.

Widely followed energy Twitter accounts include government sources such as the U.S. Energy Information Administration, U.S. Energy Secretary Rick Perry, and oil ministers from producing nations, as well as industry reporters from Bloomberg, The Wall Street Journal and Financial Times. But the prevalence of such handles — @EIAgov has 115,000 followers, for instance — means that many get the same news at the same time.

By contrast, the news-breaking Huelva tweeters had 777 and 2,726 followers, respectively — few of whom are energy professionals. 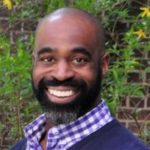 “It’s the unknown sources who give you the eyewitness accounts and the more direct information, as opposed to relying on traditional media that has to and get official statements from the companies and statements from first responders, municipalities, etc.,” said Dataminr’s Oliver. “So for us it’s about improving our machine-learning technology that detects and classifies these unknown sources, to confidently leverage the information from on-the-ground events.”

There are many examples of energy news being broken by previously unknown sources, so for industry professionals needing real-time information, relying on just a standard set of must-follow institutional sources is no longer sufficient. Today’s information flow necessitates a re-assessment of data sources, including social media.