@MsBWeiss’s tweet read, “Fire at Motiva Plant in Convent, near Sunshine Bridge.” The photo was somewhat grainy, but clearly showed a significant fire at a large refinery complex.

The tweet was just one of an estimated 350,000 sent that same minute, and 500 million sent that day worldwide. But this was no ordinary, banal tweet about a football team, or a politician, or lunch. This tweet made money for institutional traders.

The Motiva refinery is owned by Motiva Enterprises, a 50–50 joint venture between global oil giants Shell Oil and Saudi Refining, which is wholly owned by Saudi Aramco. Located 68 miles west of New Orleans, the 235,000-barrel-per-day plant is the 28th-largest refinery of 137 in the U.S.

When a large refinery goes offline, prices for oil-product futures typically rise on expectations of a reduced supply. That’s just what happened on August 11 following news of the fire, when ultra-low sulfur diesel futures gained 4.8%, gasoline futures rose 4.4%, and the diesel crack spread, a measure of refiner margins, gained more than 7%, according to a Reuters report.

Years ago, a wire-service reporter could have scooped the competition by hearing about the refinery fire before the company issued a press release. But that could have taken minutes, perhaps many minutes, or even an hour. With camera-phone-equipped citizen journalists now everywhere, the time before news breaks has contracted substantially.

Recognizing the value in the information on Twitter and other social media outlets — and the difficulty in distilling it — a bevy of fintech entrepreneurs has emerged to find the proverbial needle in the haystack. While observers note that the development and utilization of such tools are in the early innings, the methodology is making money for people today.

Dataminr, which uses cutting-edge technology to turn real-time social media signals into actionable alerts, said it flagged the tweet of the Motiva refinery fire for clients two minutes before the news was on the newswires. 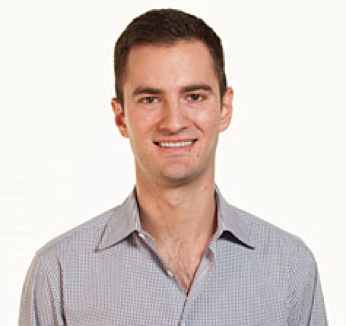 “There has been a massive pickup in interest and awareness of how valuable tweets can be in a user’s workflow,” said Justin Manikas, product and business development Director at New York-based Dataminr, a seven-year-old company whose institutional backers include Fidelity, Wellington, and Credit Suisse.

In an interview with Markets Media, Manikas noted that Dataminr focuses on the real-time event-detection space, which is meant to capture “the leading edge of a moment that is breaking on social media and that is going to have a market impact.” That’s different from gauging market sentiment via social media, an approach that Manikas said has been around a bit longer but doesn’t align with Dataminr’s focus on turning real-time signals into actionable alerts.

Awareness of social media as an investment tool continues to evolve. “Four or five years ago, the heaviest lift was convincing people that there was value in the alerts coming from Twitter,” Manikas said. “It’s very different nowadays, as tweets are much more in the forefront of the minds of our end users.”

Dataminr’s challenge is to ensure clients understand and have confidence in its tools and analytics for classifying users and determining alert urgency levels. “It’s about making them more comfortable in taking action” based on information culled from Twitter, he said. “It is different than a Reuters or a Dow Jones news feed, where there is always some level of editorial control involved.”

Deriving value from alternative data largely has been the purview of deep-pocketed quantitative and systematic hedge funds, but the methodology is gradually becoming more widely used. That’s according to Brad Bailey, research director with Celent’s securities and investments practice.

The core challenge regarding alternative data comes down to “There’s valuable data out there; how do I get it and what do I do with it?” Bailey said. “This is central to some of the more innovative fintech businesses that we’re seeing.”

Bailey noted that the mainstream market data that’s entrenched on today’s trading desks evolved over time, and there can be a similar trajectory for alt data. “Some of the data points that are alternative/emerging today, will be the market data of tomorrow.”