And thank you for your support.

That was the tagline for the old Bartles & Jaymes Wine cooler advertisements on television back in the 1980s – with the two owners expressing their thanks towards consumers for endorsing their product.

Exchange operator IEX might be doing the same as Jack Miller, Head of Trading with Baird, recently advocated his and his firm’s support to the SEC with regard to the proposed rule change filed by IEX to add a new Discretionary Limit (“D-Limit”) order type. The firm, and Miller, told Traders Magazine in an interview that this approach would democratize the trading process and how it could be helpful in addressing Baird’s concerns about “quote fading.” 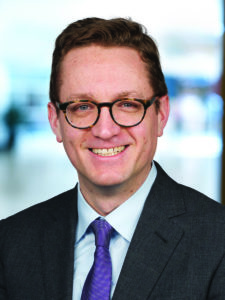 Miller prefaced his comments by saying Baird supports initiatives by exchanges to innovate through order types and other means that can result in the increase of displayed liquidity. Having robust and liquid markets is significant to Baird and its clients, particularly the ability to route orders efficiently and to provide the best execution possible, an SEC comment letter from Baird written by Miller said.

“Part of Baird’s interest around the D-Limit order type, as well as our belief that the proposal can bring benefits to the markets, stems from our positive experience with utilizing other IEX order types that leverage the “IEX Signal”(the “Crumbling Quote Indicator” or “CQI”),” Miller explained. “For example, using the Discretionary Peg (“D-Peg”) order type has allowed us to rest on the IEX order book while also seeking to access liquidity at a more aggressive price except when the IEX Signal is “on,” thereby protecting our orders from trading in potentially unstable and adverse conditions.”

Furthermore, Miller said the securities markets should not be structured in a manner that supports a “winner take all” approach when it comes to a trading technology arms race, and the regulations overseeing the markets should not drive market participants towards such a result; therefore, he and Baird support the D-Limit proposed rule change.

Miller does note that the D-Limit order type raises important issues that the Commission must carefully examine and address.

“Many of these issues have been identified and discussed in previous comment letters submitted on the proposed rule change. While many other exchange delay mechanisms, both proposed and adopted, raise similar issues, we believe each of these mechanisms must stand on its own, and the Commission should consider the unique benefits (and costs) that each deliver to market participants and the efficiency of the markets overall,” he said. “When it comes to the D-Limit proposal, the differences between this order type and other delay mechanisms are important and we believe should bear out the approval of the proposed rule change.”

On the issue of protected quote status and “quote fading,” two issues frequently raised in many of the SEC’s comment letters regarding the D-Peg change, Miller agrees with IEX’s argument that D-Limit Orders are indeed deserving of “Protected Quote Status” and these orders would qualify as “automated quotations” and therefore “protected quotations” under Regulation NMS.

“Our concerns with “quote fading” in the markets, which poses issues for Baird and other similarly situated broker-dealers, is much less when it comes to the D-Limit order type than with other order types, both existing and proposed,” Miller said. “ We agree with other commenters that D-Limit quotes would be as, or more, accessible compared to protected quotes on other markets, and would be no less accessible than a standard limit order on IEX the vast majority of the time. Even if and when D-Limit quotes may fade, we believe they would meet an appropriate level of accessibility. This is another important distinction from other exchange delay mechanisms, and specifically to the quotes associated with those delay mechanisms that could be viewed as inaccessible and, as noted by other commenters, that could create difficulties for a broker-dealer’s best-execution process.”

He concludes that the protected quote nature of the D-Limit order type would address many market concerns and the negative impact that an unprotected, manual quote may have on a broker-dealer’s overall regulatory obligations.