Sign up to receive exclusive articles on topics including: Select one or more newsletters you would like to receive:
Close popup
Sectors
By Shanny Basar
Banks

The Bank of England’s Jonathan Ward said market liquidity was too cheap before the financial crisis and regulators want to ensure this does not happen again.

Ward, technical head of department, prudential policy directorate at the Bank of England spoke on a panel on capital rules at the ISDA Annual Europe Conference on Tuesday. He said the UK central bank was halfway through the review of market liquidity which it announced in the summer.

The Bank of England’s Financial Stability Report in July said the main risks facing the UK financial system were the global environment; the reduction in market liquidity in some markets; the UK’s current account deficit; the housing market in the UK; consequences of misconduct in the financial system; and cyber attacks.

To investigate concerns over market liquidity the Bank intends to undertake a regular deep analysis of a range of activities. The report said: “This will start over the next year with the investment activity of investment funds and hedge funds, the investment and non-traditional, non-insurance activities of insurance companies, and securities financing and derivatives transactions.”

The Bank of England is reviewing market liquidity because the safety and soundness of the financial system will be affected if liquidity evaporates in times of stress, for example, if there is a reduction in the supply of credit.

“Liquidity was subsidised pre-crisis and we are not going back to that world,” Ward said. “The increased cost is the intended consequence of regulatory reforms.”

Concerns have been expressed that regulations requiring banks to hold more capital have led to a decrease in liquidity in the fixed income market as banks have become less willing to warehouse inventory. 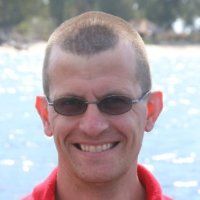 “Dealers may be holding less inventory but the view of the Financial Policy Committee at the Bank of England in June was that this was an acceptable side effect of improving the resilience of the financial system,” Ward added.

He said there is no clear evidence to show that the fall in liquidity has been caused by regulations as although the average  trade sizes have fallen, there has not been a huge increase in spreads.

“Dealers’ risk appetite has decreased but that is not wholly due to regulation,” Ward added. “We need better data and more thinking on prudential regulation and that is on the agenda.”

At the ISDA conference, Laurent Paulhac, chief executive of Icap SEF, said that Icap’s ability to provide customers with liquidity in fixed income in 2015 had not changed from three years ago.

“Trade sizes have reduced and we are seeing changes in execution habits and behaviour,” Paulhac added.

The vast majority of Icap customers still trade over the telephone but Paulhac said that an increasing number are putting, and consuming, fixed income liquidity on electronic screens. He added that six months ago 15% of Icap SEF’s notional volume was traded electronically and that has risen to between 20% and 22% in both US dollars and euros.

“In the US new entrants are using swap execution facilities such as Citadel, prop traders, high-frequency firms and asset managers,” Paulhac said. “We are seeing significant innovation in banks developing algorithms for the new liquidity they can find on screens.”

Paul Hamill, global head of FICC at Citadel Securities, said at the ISDA conference that the firm was the only market maker that streams fully firm, executable prices on SEFs 100% of the time.

“We stream very aggressive, firm prices, however so far most clients still prefer to engage via the request-for-quote model, putting multiple dealers in competition ”Hamill added. “The evolution to a central limit order book will likely take some time as client preferences gradually change and more live pricing becomes available.”

Dexter Senft, managing director of fixed income e-markets at Morgan Stanley, said at the conference that liquidity had got worse as it has become difficult to trade large blocks in fixed income and markets have become more fragile.

“It is depressing that in the Swiss Franc market on January 15 the FX price moved 25% over that day and for eight and a half minutes there were no prices on any screens,” Senft added. “There was no bid or offer on any screen and that is not a good thing.”