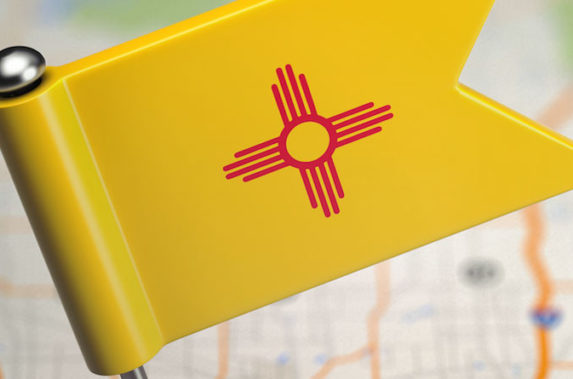 The investment return of a portfolio is comprised of two parts: the return of the market, plus — if active management pulls its weight — the return that beats the market.

For the Public Employees Retirement Association of New Mexico, the emphasis is on the former. 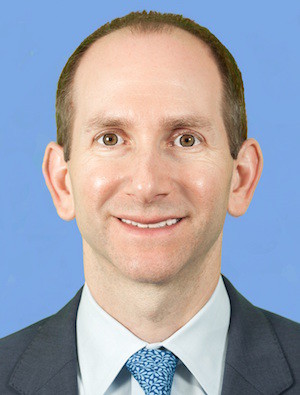 “We want to be the best at beta,” said Jonathan Grabel, chief investment officer of New Mexico PERA, which oversees $14.4 billion. “If you look at the contribution to returns, getting beta right is much more important than alpha.”

Indeed, some studies have shown that more than 90% of a portfolio’s long-term return is attributable to its mix of asset classes, while less than 10% comes from functions of active management, such as security selection and market timing. “It is important to focus on blocking and tackling, as opposed to trying to get every last nickel,” said Grabel.

As of Sept. 30, the externally managed New Mexico PERA had $4.46 billion in U.S. equities, $3.29 billion in international equities, $3.77 billion in fixed-income securities, $2.67 billion in alternatives, and about $200 million in cash. The pension plan’s five-year annualized return was 11.43%, compared with 10.06% for its benchmark; the 9.52% return since returns were first monitored in 1986 edged the benchmark by 12 basis points.

Established in 1947, New Mexico PERA invests on behalf of about 87,000 active and retired state and local government workers and volunteer firefighters. With a little more than 5% of the assets of industry standard-bearer CalPERS, New Mexico PERA ranked No. 278 on the Pensions & Investments / Towers Watson 2013 list of largest pension funds, behind the Retirement System of Georgia and ahead of the Ohio Police and Fire Pension Fund.

“It is important to focus on blocking and tackling, as opposed to trying to get every last nickel.” (Grabel)

“We run our own race,” Grabel told Markets Media in an Oct. 28 telephone interview from his office in Santa Fe. “Our liabilities, demographics, and cash flows are different than other organizations…Our mission is our members. We focus on high returns, low cost, low risk and maintaining sufficient liquidity to pay benefits.”

“You are first eliminating all unnecessary firm-specific risk by diversifying across a large number of securities. Secondly, you are minimizing transactions costs by eliminating the incentive for excess and costly turnover of the portfolio’s assets,” Schatzberg said. Generating alpha is “a goal few managers have been able to achieve over extended time periods,” he added.

Grabel joined New Mexico PERA in January 2014, replacing Joelle Mevi, who resigned in 2013 after a three-year stint as CIO. Grabel had been investment head at the $2.5 billion Montgomery County (Md.) Public Schools’ retirement system for two-and-a-half years; prior to that, he worked for private-equity concern Baker Capital for 13 years.

Generating alpha is “a goal few managers have been able to achieve over extended time periods.” (Schatzberg)

On the heels of a half-decade of strong returns for equities and other so-called risk assets, Grabel said New Mexico PERA is reviewing its asset allocation with the idea of “reducing downside capture” in a market that may be decidedly less friendly going forward. Specifically, the pension plan has reduced domestic equities, increased international equities and alternative investments, and added a 5% allocation to fixed income ‘Plus’, which includes bank loans as well as emerging-market, high yield, and stressed credits.

“We want to improve our risk-adjusted returns and improve the Sharpe ratio within the portfolio,” Grabel said. “Where markets tend to be efficient, we want to increase indexing and lower fees. Where we believe that active management can benefit returns, we are guarding against over-diversification, and we want the potential for true idiosyncratic returns in less-efficient asset categories.”

“We cannot invest by looking in the rear-view mirror,” he said. “The next five years will be different… We have to continually test our assumptions, and make measured improvements based upon data and our collective judgment. Our new strategic asset allocation better diversifies risk across the portfolio.”

Pension plans are among the longest-term investors in that some of their money invested today is earmarked for the retirement of employees who are in their 20s and 30s. At the same time, benefits are paid to already-retired members on a continuous basis — New Mexico PERA pays out about $1 billion per year — so money can’t be tied up in illiquid investments.

“In any environment, we need to maintain sufficient liquidity,” Grabel said, adding that 77% of the portfolio is liquid or near-liquid. “There is a risk element to that – for example, we don’t want to have too high an allocation to alternatives which are relatively illiquid, because that could force us to have adverse selection in terms of how to raise cash to pay benefits.”

“We cannot invest by looking in the rear-view mirror. The next five years will be different.” (Grabel)

New Mexico PERA employed about 20 managers as of Sept. 30, 2014, according to data on its website. State Street and Northern Trust have the largest mandates, for passive equity management; BlackRock, Pimco and Mackay Shields are among the largest active fixed-income managers; and   Intech, Met West and DFA have sizable mandates for active equity management.

Grabel and his investment team of eight (plus two vacancies) analyze managers as parts of a whole rather than individually, focusing on the risk factors of the underlying asset class as opposed to the “manager wrapper around that risk factor.”

“I think many organizations tend to view every decision as independent of every other decision,” he said. “You have a collection of managers selected through good processes and good information, but the portfolio management stops there.”

“We view the PERA fund as more than a confederation of managers,” he continued. “We look at the plan as a whole and make sure we do not have uncompensated risks, or that two managers are not canceling each other out and combining into an index fund of sorts.”

Other 2014 initiatives Grabel highlighted are providing the Board with more granular and actionable portfolio data; leveraging benchmarks to better evaluate risk and manager performance; and ensuring all manager relationships are considered strategic partnerships and evaluated as such.

Global macro events such as central bank actions, economic reports, and geopolitical turmoil can upset valuations within a pension plan’s portfolio just like they can for a day-trading firm; the difference is that for a pension plan, short-term action should cause only blips that leave no meaningful impact.

Grabel noted New Mexico PERA can’t make snap investment decisions based on headlines or momentum, but the mindset can’t be entirely decades-out, either. “It’s a balancing act,” he said. “I am smart enough to know I do not have the answers about the global economy. I know that we need rigorous discipline with respect to our goal: paying benefits today and into the future.”

To meet future liabilities, New Mexico PERA must clear a 7.75% annualized investment-performance ‘hurdle’ — easier said than done when the 10-year U.S. Treasury yield, a benchmark for risk-free fixed income returns, was at a historically paltry 2.3% on Dec. 3. Grabel acknowledged the challenge while noting the organization’s record over almost three decades.

“We have cleared our actuarial hurdle over a period with lots of uncertainty — five presidents, several wars, recessions, and major market corrections, including the ‘Great Financial Crisis’ with close to a 30% draw-down over a two-year period,” he said.

“With our new strategic asset allocation, compared to where the portfolio was at the time it was adopted in April, the expected medium return is higher and the expected risk is lower,” he continued. “Based on that, there does not appear to be a reason to adjust our actuarial hurdle.”

Within fixed income, New Mexico PERA is keeping a tighter rein on managers, some of whom had been straying from their investment guidelines in a reach for yield. The Plus bucket is meant to keep investments outside of core investment-grade issues properly benchmarked, managed and monitored, according to Grabel.

New Mexico PERA has bumped up its alternative-investment allocation from 20% to 23%, spanning 7% apiece for private equity and real assets, 5% for real estate, and 4% for hedge funds, which notably was cut from 7%.

Grabel said the hedge-fund portfolio has worked well, with a five-year annualized return of nearly 9% and a higher Sharpe ratio than that of broad stock and bond indices. “We reduced the program to better diversify risk across all asset categories,” he explained. “As the hedge-fund industry has grown, it is less of an asset category and more of an implementation-level decision.”

In a broad sense, New Mexico PERA is shifting away from traditional asset-class silos. “We have realigned the roles of our portfolio managers within the PERA staff to focus more on the source of return — the risk factor, be it equity, fixed income, or whatever else,” Grabel said. “It is not about traditional versus alternatives.”

“It is key for us to have the person looking at traditional equity not be divorced from our private equity or hedge fund portfolio,” he continued. “That aids our decision-making process, and it also improves how we interact with and make recommendations to the board.”

Further to risk management, “we are also using more analytical tools to parse the portfolio,” said Grabel, who holds degrees from the University of Pennsylvania and the University of Chicago Booth. “In order to manage risk and have the proper risk culture, you have to first understand, measure, and monitor risk.”

A New York City-area native, Grabel said he spends much of his free time “shuttling kids to soccer, tennis, baseball, basketball, ballet, swimming and gymnastics,” as well as enjoying the culture, food and outdoor activities of New Mexico, nicknamed the Land of Enchantment. 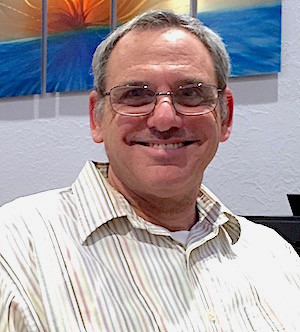 Going forward, one risk overhang for New Mexico PERA and all large institutional bondholders is the potential for interest rates to rise, possibly sharply. “Fixed-income investments may be expected to fall in value as the Fed can be expected to begin increasing interest rates in the next year or two,” said Schatzberg of UNM Anderson.

New Mexico PERA is on guard. “Investing is a pretty easy business — until you lose money,” Grabel said. “As there is greater dispersion of returns, it shows that it actually is a very difficult business. I think that it may get more difficult over the next couple of years.”

At its core, New Mexico PERA won’t win awards for flashiest pension plan, but Grabel said the plan’s “kind of boring” focus on beta is the right one for its members.

“Talking about the latest and greatest type of alternative structure or investment strategy is a lot more exciting than talking about asset allocation or indexing versus active management,” he said.  “But at the end of the day, our business is paying benefits today and into the future. We oversee assets in that context. Our innovation is never losing sight of that.”