China’s $12 (€10.7) trillion domestic bond market has joined the Bloomberg Barclays Global Aggregate index today and is expected to drive inflows of $850bn over the next five years.

David Beale, Asia Pacific co-head of CIB’s Institutional Client Group at Deutsche Bank, said in a video that China’s inclusion is a significant market milestone as $2.5 trillion in international assets track the index.

Beale said: “This represents the single largest rebalancing in this index’s history.”

The change will be implemented over a 20-month period according to Jackie Choy, director of ETF Research for Morningstar Investment Management Asia. Choy said in a report that the Bloomberg Barclays Global Treasury and EM Local Currency Government Indices will also add Chinese renminbi-denominated debt from this month.

Beale expects China to gradually reach around 6% of the Bloomberg Barclays Global Aggregate index and to become the fourth largest currency component behind the US dollar, Euro and Japanese Yen.

“HSBC Global Research expects another $150bn to follow over time – and an additional $600bn to head into Chinese stocks in the next five to ten years,” said Liao.

He continued that simplifying international access to its markets is in China’s own interests and will continue despite global trade tensions, although it will be a gradual process.

“Investors have questions about liquidity, their ability to value their portfolios, the regulatory approach, credit ratings and default risks,” Liao added. “But the commitment China has already demonstrated to opening up its capital markets should give them confidence for the future.”

Ashmore, the emerging markets fund manager, expects $300bn to flow into the Chinese bond market in the first rounds of index inclusion.

“This is roughly equivalent to one third of all outstanding bonds in the entire dollar-denominated emerging market sovereign government bond market,” added Ashmore in a report last month.

The fund manager expects investors in developed bond markets to embrace Chinese bonds as they enter the index, as US, Japanese, UK and European investors will benefit from higher yields and very low correlations.

“The rewards to early entrants will be greatest, because the advantages of adding Chinese bonds to a portfolio of developed market bonds are maximised at the start of the index inclusion process before correlations with developed bonds market creep higher,” added Ashmore. “We expect Chinese bonds to continue to offer material advantages if Europe and Japan ever scale back quantitative easing, because ending QE might push yields higher in both regions.”

Quentin Fitzsimmons, portfolio manager, and Chris Kushlis , credit analyst, at asset manager T Rowe Price said in a report last month that the decision by Bloomberg to include China in its flagship aggregate index is likely to be followed by other fixed income benchmark providers. 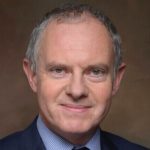 “We estimate that the inclusion of China by FTSE would potentially represent a weight of 5% in its World Government Bond Index (WGBI), while J.P. Morgan is likely to include China in its Global Bond Index Emerging Market Global Diversified with a weight of 10%,” they added.

T Rowe Price said that for investors renminbi‑denominated Chinese bonds are likely to act as a strong diversifier in global portfolios if China’s policy cycle diverges from the US and EU.

“Overall, we believe that Chinese bonds are currently undervalued as collateral in the Chinese capital market system—in other words, they have the potential to perform better than other Chinese assets over time,” said T Rowe Price.