Market forces over the past decade have conspired to make it more difficult to buy and sell equity blocks. Now institutional traders and technology providers are working to turn the tide.

The primary challenge is for a block, commonly defined as at least 10,000 shares, to trade as a block, rather than be broken up into many transactions of perhaps a few hundred shares apiece, each with its own cost, friction, and risk.

Tools that can help put large electronic trades back together include portfolio-manager profiling, which factors a manager’s style into the trade implementation; and pulling forward the analytics process so that ‘big data’ can be harnessed to optimize the current trade, rather than just studied as a review of previous trades.

“Pre-trade profiling and real-time analytics will result in larger blocks being traded,” said Phillip Krauss, director of equity trading at BMO Asset Management. This will happen “as more institutions become aware of the fact that working orders with minimum-fill size instructions and choosing the optimal strategy for each trade prior to implementation will lead to lower execution costs and the trading of larger blocks.” 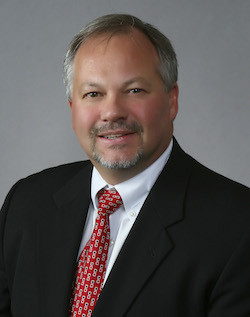 One constructive sign for the future is the regulatory-driven trend toward more trade reporting, which is the fodder for pre-trade analytics.

“Everything is becoming more transparent, which means we’re going to have more pre-trade data to analyze,” said Kapil Phadnis, global head of quantitative research and algorithmic trading at Bloomberg Tradebook. “The key is going to be how actionable is pre-trade data? We focus on making pre-trade data actionable in real time, and doing that over and over again.”

As pre-trade analytics grows in sophistication, so too does equity block traders’ deployment of the systems. “We’re seeing our most sophisticated clients take a ‘model of models’ approach,” said David Johnsen, head of equities electronic trading business development at Barclays.

Explained Johnsen, “They’ll take our pre-trade model along with that of 20 peers, and make a model of models. They’ll look at a distribution for a trade — what does the pre-trade model say from all 20 brokers? They’ll eliminate the tails and play with the data that’s left, coming up with a true aggregated pre-trade model.”

“That’s a practical approach, because every day and for any given trade, the idea that one broker has the best pre-trade model is probably not very likely,” he added.

Manager profiling is another means of improving the output from pre-trade analytics. It’s still largely conceptual at this point, though its proponents say it will gain traction as investment firms see the basis-point savings potential.

“There is a handful of institutions that employ their own pre-trade analytics or use a third-party vendor’s analytics to perform manager profiling and individual-security profiling, helping them decide the best course of action for aggressiveness and in some cases the best trading venues,” said Krauss of BMO. “This is a trend that will be expanding over the coming years, but I believe it will be a slow adoption by institutions.”

BMO, which manages about $275 billion in total, uses profiling for some equity block trades and plans to expand that to all equity block trades over the next year, according to Krauss. “We are also moving towards what I think will be an even greater enhancement to maximize trading efficiencies and reducing information leakage, and that is real-time analytics,” he said.

Specifically, real-time analytics can compare execution price to the previous trade price and alert the trader if any adverse difference is a function of the trading strategy. “These signals will provide us with the ability to be timelier in our decision making when switching strategies on the fly,” Krauss said. “This is another trend that I believe will slowly be adopted by the institutional community.”