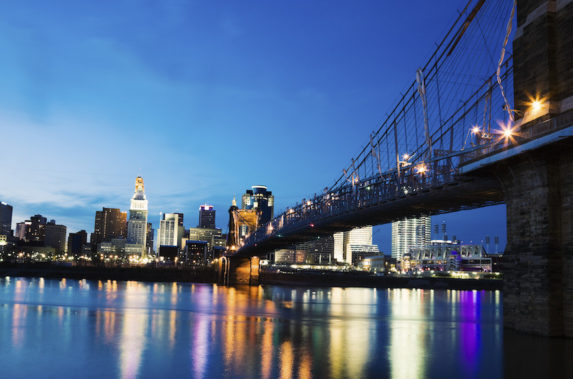 To get from Point A to Point B, Karl Scheer drives an eight-year-old Toyota Camry at a steady clip, at or near the posted speed limit.

“Our strategy is not fancy or exotic,” Scheer said. “We’re very focused on executing a proven model, rather than trying to invent a novel way of allocating capital, structuring our portfolio, or evaluating risk.”

As of June 30, 2014, Cincinnati had 20% portfolio allocations to absolute-return and U.S. equity strategies; 15% to cash and fixed income; 13% to private equity; 12% to developed-market international equities; 9% to emerging-market equities; and 7% and 4% to private and public real assets, respectively.

Endowments have no defined stream of future liabilities to meet like their institutional asset-owning brethren pension plans do, so endowment investing can be unconstrained and purely alpha-seeking. But sometimes less is more: Vanguard noted in a recent report that the “wide range of available investing strategies can paradoxically make the choice of investment strategies for endowments and foundations extremely challenging.”

We’re very focused on executing a proven model, rather than trying to invent a novel way of allocating capital, structuring our portfolio, or evaluating risk.

The UC endowment’s $1.046 billion as of 2013 ranked #80 among North American universities, between Tulane University and Bowdoin College, according to the National Association of College and University Business Officers (Nacubo) and Commonfund Institute.

Scheer has overhauled Cincinnati’s portfolio, which is externally managed, since taking the investment reins in 2011. He and his team halved the fixed-income allocation while streamlining the bond portfolio from nine sector-focused funds to two core-plus separate accounts. The hedge-fund allocation was quadrupled, and equity investments were shifted from public to private.

He also made key hires. “We have a small and fairly new investment office at UC,” Scheer told Markets Media in a July 25 telephone interview. “Our investment officer joined with eight years’ experience at the University of Pittsburgh 18 months ago, and our investment analyst joined from a multi-family office in Cleveland about two years ago.”

The UC endowment returned 15.9% for the year ended June 30, 2014, beating its benchmark by three percentage points, according to data provided by UC. The three-year and five-year annualized returns were 9.5% and 12.3%, respectively, beating their benchmarks by more slender margins; the 10-year return of 7.5% lagged the benchmark by 0.2%.

Regarding his investment approach, Scheer cited Richard Farmer, the self-made founder of Cintas Corp. and a native Cincinnatian, as a major influence. “I had the great fortune earlier in my career to work with Dick,” he said.

“(He) taught me that the right kind of dialog can harness all the best thinking from the people involved and deliver tremendous value to the process,” Scheer continued. “But creating a climate in which this kind of debate can occur is difficult. Participants must obviously be well-informed, but also be self-aware enough and feel safe enough to admit their biases.” 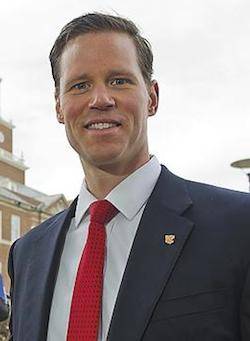 As part of the investment process, Scheer and his team discuss their own emotional attachments to investments to provide context for colleagues, and also engage in advocate-vs.-devil’s-advocate debates to further flesh out, or poke holes in, an argument.

“We are very focused on engaging in an informed, intellectually honest, respectful dialogue,” Scheer said. “The right kind of debate is stimulating, satisfying, and incredibly valuable.”

The endowment helps support the University of Cincinnati’s 14 colleges and 43,000 students, through distributions to college programs, research, instruction, scholarships, and academics. The endowment pays out 5% per year and provides funding for 5% of UC’s annual budget.

The benchmark Standard & Poor’s 500 Index has about doubled over the past five years, and the near-consensus expectation is that stock returns will be comparatively muted in the next half-decade. But market timing is notoriously difficult, and equities remain the preferred investment for long-term investors.

For UC, actively managed equities are an important component of that asset class. “We feel that maintaining a highly diversified portfolio including some skill-based returns plus some assets with opportunities for excess return is the right choice for a permanent pool of capital,” Scheer said.

The endowment’s hedge-fund roster includes King Street, Mason, Claren Road, Davidson Kempner, Silver Point, Och-Ziff, Center Bridge, Anchorage, LIM Asia, and Centerbridge. “If you choose absolute-return hedge funds well, you have a risk profile and return potential that’s between fixed income and equity in 80-90% of the probable outcomes; but in 10-20% of the outcomes, a well-structured absolute-return portfolio of well-chosen managers can generate returns better than either equities or bonds,” Scheer explained.

Private equity is appealing as it “offers the best opportunity for premium returns,” Scheer said. “It’s not like bobble-head night at the ballpark, though; you don’t get better returns just for walking in the door. You have to earn higher returns in private equity through manager selection.”

UC works with two investment consultants: Fund Evaluation Group for traditional manager selection and governance, and Cliffwater for alternatives managers, portfolio construction, and back-office due diligence. The endowment tends to invest in funds with strong long-term records, or at least management teams with such histories.

“We perform comprehensive due diligence on every firm we invest in, typically over multiple years,” Scheer said. “We develop an independent view on each firm and then go back and compare our perspectives, key risks, and opportunities notes against FEG’s or Cliffwater’s to get the best independent thinking out of each party.”

Harvard, Yale and the University of Texas are the three largest North American endowments; Harvard and Yale in particular are considered the crème de la crème of the space. But Scheer noted that investment processes of the standard-bearers aren’t necessarily indicated for all.

“The fact that some well-respected institution has invested with a manager may mean nothing about how a manager would fit with our portfolio,” said Scheer, himself a Harvard graduate who grew up in Cincinnati. “Given the differences in asset size, team size, and the percentages of the respective institutions’ budgets funded by the endowments, our program may not necessarily have much in common with Harvard’s or Yale’s.”

Scheer believes the global economy has mostly shaken off the financial crisis of 2008-2009, and the next tough patch in the market will most likely come in the form of the bottom of a standard economic cycle. “I would expect over the few couple of years for rates to rise, maybe by a couple of percentage points, and also for a wave of corporate defaults to hit, and for equity markets and other risk markets to get spooked,” he said. “That could tomorrow or it could be three or five years from now, but that’s a different kind of event than a global economic meltdown.”

The U.S. economy should continue a “slow but relatively steady recovery” and trend toward a long-term expansion rate of 2-3%, while risk should decline in “peripheral” Europe and rise in Japan and some core European countries. “They have debt and demographic headwinds that are even more significant than the U.S.’s and have political systems that are working no better,” Scheer explained. “Without some very substantial regulatory reforms I do think that these areas are in an almost ineluctable period of economic decline.”

With regard to emerging markets, Scheer’s view is that EM countries have less in common than many believe, but many are reliant on China so it’s important to watch that economy.

Aside from an investment-portfolio revamping, since 2011 the UC endowment has bolstered risk management and moved assets to a global custody relationship. Scheer also cited the ‘soft’ accomplishment of advocating for the endowment, which entails raising its profile with alumni and donors. “Occasionally development officers ask me to meet with prospective or existing donors when the donors have questions regarding performance or investment strategy,” he said.

The UC endowment office is on the University of Cincinnati campus, about four miles north of the Ohio River that separates Ohio from Kentucky. Cincinnati was nicknamed ‘The Blue Chip City’ in a 1980s chamber of commerce effort that didn’t quite stick, but Scheer evokes a city 2,400 miles to the west when describing his work.