In financial markets, the most accurate valuation for a security is the most recent transaction price, provided that transaction is seconds or no more than minutes old, and there is no material news since the transaction that would move either the security itself or the broader market.

That framework runs into trouble in the vast universe of fixed income, where for most securities, the time between trades can be measured in days or weeks, or even months. As a result, buy-side investment managers and sell-side brokers who need bond prices for trading or reporting purposes need a Plan B.

With data an increasingly critical component for trading desks, third-party bond pricing services have gained traction, and the role of such providers was discussed on a Monday morning panel of the U.S. Securities and Exchange Commission’s Fixed Income Market Structure Advisory Committee meeting.

Kumar Venkataraman, finance professor at Southern Methodist University, and moderator of the panel, noted that in corporate bonds, only about 20% of issues trade on any given day, and 40% of issues trade on less than five days in a given year – meaning those issues don’t trade on more 250 days per year. Venkataraman said the aims of the panel were to understand how bond pricing services work, how market participants use them, how the services have performed amid the heightened volatility of 2020, and what if any regulatory policies may be indicated. 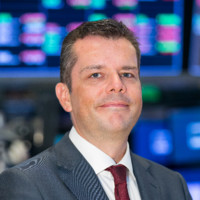 Mark Heckert is chief product officer at ICE Data Services, which provides valuations for 2.8 million fixed income securities. Heckert acknowledged the paucity of firm prices in fixed income and said to derive the most accurate price, pricing providers need to deploy a holistic approach. This would factor in security-specific provisions such as terms and conditions and cash flow structure; correlation data such as the pricing of different issues of the same issuer; and external information such as pricing data from dealers, trading platforms and the buy side.

“The whole idea is to gather as much data as possible,” Heckert said. “To take sparse data and extrapolate it.”

Heckert said the market tumult caused by the COVID-19 crisis was especially challenging for how fast markets moved, compared with a slower unwind as experienced in the financial crisis of 2008-2009. Bid-ask spreads on most bonds widened dramatically within a matter of days in March, and that “breakdown in consensus” challenged providers of evaluated pricing.

ICE Data Services responded by using more metadata around liquidity and dispersion of trades, and ensuring its analysis was strong and communicated quickly in a rapidly moving market

Citi uses evaluated pricing first and foremost to run comparative analytics, according to Derek Hafer, head of U.S. investment grade credit trading at the sell-side bank. As evaluated pricing can be art as well as science, the firm overlays the numbers with internal price verification on a Cusip-by-Cusip basis to screen for errors and outliers.

A major challenge of the market dislocation from earlier this year, when investment grade bid-ask spreads blew out by a multiple of three or four and high yield bid-asks widened fivefold, was that it ook much longer to determine a price.

“There was a prolonged price discovery phase,” Hafer said. “Quotes were smaller numbers and they were at lower frequency. Observable data points were fewer and far between.” 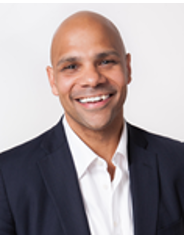 Chris White, CEO of bond-data provider BondCliQ, said one reason why fixed income bid-ask spreads blow out in times of high volatility, is that the sell side doesn’t have enough good information.

“Dealers don’t have enough observable data points, especially in times of stress, to provide liquidity,” White said. “Buy-side institutions are more sophisticated in aggregating multiple data points from the marketplace. Market makers are on the wrong side of a growing asymmetric gap.”

Having the right incentives in place is critical to elicit dealers to provide more information to other market participants, White said. There needs to be protection of proprietary information, and also a system where a dealer’s order flow is linked to the quality of that dealer’s pricing.

To conclude the panel, an SEC representative said given the market’s increasing dependence on pricing services, it’s important to explore what is the right regulatory framework to ensure robust and consistent best practices, as well as provide investor education as to how dependable prices are.