Ambitious plans to establish a commercially-led solution to a post-trade consolidated tape of record across Europe fell by the wayside last week.

Despite a general market consensus for its introduction, especially amongst the buy side, the Coba Project became the latest of many failed attempts in Europe to establish a consolidated tape—which have generally been batted away in the past by incumbent national exchanges who are loathe to lose the revenues on offer for use of their market data—but the issue is still very much on the table in Brussels.

The latest MiFID II proposals, which promise sweeping reforms to the region’s financial services landscape, include the creation of a consolidated tape—either by an industry-led solution, the setting up of a single commercial entity to operate the tape or the establishment of an at-cost utility to run it—so that market participants can have an easily accessible and transparent view of the market to understand whether or not best execution requirements have been met, much like the U.S., which has had a consolidated tape in place since 1975.

However, the Coba Project, which was established last November with much fanfare, looked like it was making some headway in establishing a commercial-led response despite some initial industry reluctance to back the project. But it appears that in the end, it was the political machinery of Brussels that kicked the Coba Project into touch. 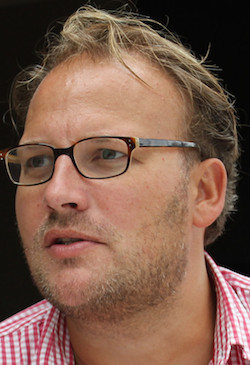 “We have never been ones to mistake ‘uncertainty’ for a ‘lack of opportunity’ but have decided to suspend the Coba Project as currently proposed,” said Mark Schaedel, the co-founder of the Coba Project.

“At this point, we are simply not in a position to move forward and expected to be further along,” said Schaedel, who was formerly market data chief at exchange operator NYSE Euronext. “The support and informal commitments we had last quarter led us to this belief but due to ongoing uncertainty of the regulatory process and direction, the execution risk is too high so we have decided to suspend the project for now.”
It seems that market participants are still not entirely certain as to which solution for a consolidated tape will actually make it into the final MiFID II edit. MiFID II is currently beset by delays and arguments in Brussels and is not likely to be implemented until 2015 at the earliest.

“After endless discussions all over Europe, there is still massive confusion as to which European consolidated tape model MiFID II will bring and when,” said Anne Plested, who heads up the regulation change program in Europe for trading technology firm Fidessa, in a recent blog.

“Despite the uncertainty, the creation of a consolidated tape for equities remains firmly in the MiFID II text and on the buy side’s wish list. Behind the scenes of the ever-lengthening MiFID II timeline, and regardless of model, progress continues to be made to unearth the potential pitfalls and understand the impact of any consolidated tape implementations.”

She added: “The Coba Project, established to set up a tape of trade record for European markets, announced the suspension of operations, which just goes to show the impact of regulatory uncertainty.

“However, significant industry effort has already gone into defining technical standards and striving to pull together a commercial framework—a laudable achievement of collaboration in itself—and I suspect Esma [the pan-European securities regulator] will welcome all the help it can get when the European consolidated tape moves back into focus.”