Candriam Does More With Less 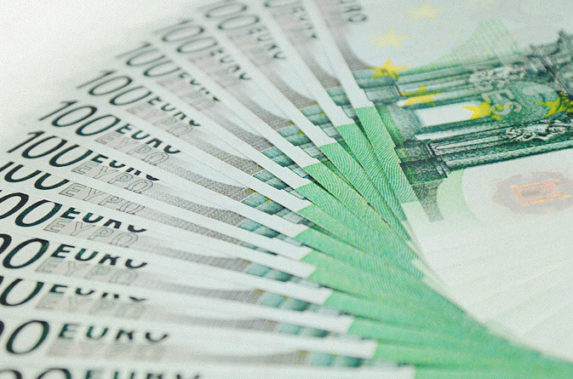 Fabien Orève, global head of trading at Candriam Investors Group, leads a team of just six senior dealers who handle almost all trading volume for the pan-European fund manager across all asset classes.

Brussels-based Candriam has management centres in Paris and Luxembourg, an investment boutique in Sydney and offices in more than 25 countries. On Orève’s desk land equity, fixed income and foreign exchange orders from across Europe.

“People wonder how we manage such a big flow with a small team,” said Orève. “The first answer is seniority. If you have six senior guys who each have 15 or 20 years’ experience, you probably trade much more, much better than with two or three juniors in each position. The second answer is because technology has made amazing progress over the last two years.”

Until February Candriam was known as Dexia Asset Management but was renamed after the completion of its €380m acquisition by New York Life Investment, a subsidiary of New York Life Insurance, the US Fortune 100 company. The new name stands for conviction and responsibility in asset management.

New York Life Investments said the purchase added $100bn in assets, bringing the US firm’s total assets under management to $511bn, including $177bn in the New York Life General Account.

Candriam’s trading desk in the capital of Belgium, staffed by three senior traders in bonds and three in equities, has handled a huge increase in volumes in the last four years without expanding.

Derivatives execution is split between fixed income and equities traders, dependent on the underlying asset, while foreign exchange is traded by the whole team.

Orève said one of the reasons for the traders’ success is that they are on the same floor as the portfolio managers, so they have immediate and direct exposure to the fund managers’ requirements and can better avoid misunderstandings.

Another factor behind their success is technology. Candriam’s core infrastructure runs through the Charles River order management system. In 2010 Candriam upgraded the Charles River OMS which Orève said helped the dealing desk absorb a larger amount of orders, especially in derivatives and currencies. This single framework has gradually integrated a blotter for each asset class — fixed-income, equities, currencies and derivatives — with direct access to selected trading platforms. 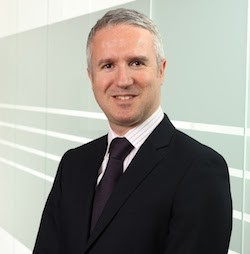 “The other thing is that we have full straight-through processing, so that is very helpful in automating connections and allowing our traders to embrace technology in a safer way,” added Orève. “We think we have a very good cost-efficient mix of external technology and internal development that has provided us three things — scalability, stability and flexibility.”

In order to minimise the risk of error before an order gets into the OMS, the system rejects any order sent by a fund manager if it exceeds a certain percentage of the value of the portfolio. Strict trading limits are embedded in the platform and Candriam has set internal guidelines that specify when traders have to trade electronically and when they have to work orders through high-touch desks.

“That makes people relax because they know what they have to do and they know if they breach a rule, they have to talk to me or to their colleagues,” said Orève, who noted that the guidelines can be modified due to market conditions or order flows.

Orève highlighted its fourth bond-trading facility, UBS PIN FI, as its most important recent technology initiative. Hundreds of orders can hit the multi-asset desk over a short period of time, so Orève wanted to increase productivity while allowing the dealers to spend more time on the larger trades that can be more difficult to execute.

Approximately 80% of Cambrian’s trades in the highly liquid government bond market are electronically executed but this falls to 65% for corporate and financial credits.

“We have a very good cost-efficient mix of external technology and internal development that has provided us three things — scalability, stability and flexibility.”

“We were looking for a trading system that would help manage orders with a minimum of manual intervention in names where it is hard to find liquidity through traditional platforms,” Orève said.

The decrease of liquidity in the corporate bond market was highlighted by Daniel Coleman, chief executive of KCG, in the firm’s latest earnings call. “New regulations on trading imposed on the big global banks are now being implemented,” Coleman said on Aug. 4. “The capital rules that are forcing banks to shrink inventory in areas like corporate bonds are causing the activity in this market to dry up.”

Orève said the introduction of UBS PIN FI has changed the way Candriam trades bonds by allowing limit prices into the OMS. “This limit-price story has changed the perception of our firm with regards to bond trading, which used to be all or nothing,” he explained. “The new platform gives us the possibility of trading another way and even doing partial fills.”

Less than 2% of Candriam’s total credit volume transacts on PIN, but Orève said the adoption has been striking in its rapidity over the last three months.

“I would love to go beyond 2% but I think there are some challenges in a market today that requires banks to invest in technology to make that percentage go up,” said Orève.

As banks have been forced to hold smaller bond inventories on their balance sheets, Orève suggested they will either need to specialise in specific fixed-income segments, or move to a hybrid organisation with a mix of agency and principal trading.

“Today, it is a challenge to find an opposite order to trade in the same bond and at the same time, and the banks that will be the winners are those teams who can alert us about any alternative investments in very correlated credits,” he said.

Orève believes such a model would drive smaller transactions to order books and leave more scope for banks to trade large orders bilaterally with the buy side.

“You may argue that the competition between banks in this area would lead to an excessive fragmentation of liquidity, but, technology should help address the fragmentation and facilitate the multi-access to different venues,” he added.

KCG’s Coleman said on the call: “These new market rules, new capital requirements and regulatory investigations into established practices do more than curtail the animal spirits of traders. These government-led changes are generational and should cause all investors to ask themselves how will liquid market risk be intermediated in the future? Where will the liquidity come from?”

In July consultancy McKinsey & Co. said in a report that the largest global fixed-income dealers could boost their profits by allocating the cost of capital of holding bond inventories more accurately to customers and focusing on the most profitable clients.

The introduction of PIN will also allow Candriam to calculate its fixed-income trading costs more accurately.

“In 2010 in bonds we knew little about our trading costs, but today, we know that for most government bonds we trade in Europe our cost is very low,” Orève said. “In the credit markets, we have at least identified the cost, and one of the reasons for the PIN integration was to help us make that cost go down…It will take some time.”

“The banks that will be the winners are those teams who can alert us about any alternative investments in very correlated credits.”

Orève argued that increased reporting requirements for both bonds and equities under MiFID II will help all buy-side traders operate more efficiently.

“In European equities many transactions are reported in a timely manner and the only challenge is the consolidation of all post-trade reporting in one place,” he said. “In European bonds the problem is greater because real-time reporting is impossible while market structure is mainly organised around principal trading.”

Orève has written about the lack of post-trade information for European corporate bonds and its implications. For example, asset managers have to rely on their own internal statistics to target dealers that are most likely to transact specific instruments, and they have little or no information on instruments they have never traded before.

In comparison, the US has the Trade Reporting and Compliance Engine (Trace) system for public reporting in the corporate debt market. Orève suggested a similar European entity should be designed to collect data and publicly produce post-trade reporting with an appropriate deadline set for large transactions and less liquid bonds.

For fixed income and foreign exchange Candriam has to manually capture post-trade data in the OMS and multi-dealer platforms. “We capture a composite price in multi-dealer platforms and assess performance versus those prices; we also look at volumes and hit ratios across dealers,” Orève said.

In equities Cambrian has ITG’s transaction costs analysis software integrated into the OMS and uses the mid-spread of the consolidated order book as a benchmark.

Since February this year firms have been required to report certain trades to authorised repositories under the European Market Infrastructure Regulation. “Although we are likely to have until 2016 before being subject to the Emir clearing rules on specific over-the-counter derivatives (credit default swaps), we are getting prepared ahead of the deadline, having discussed matters with potential clearing brokers,” said Orève.

Another regulatory change on the horizon is the shortening of the securities settlement cycle in Europe by one day, to T+2, in October.

“T+2 is an opportunity to highlight something to my firm which is to insist on the importance of straight-through processing. The more automated your system, the smoother the migration will be and the less risk you will take,” he said.

On a longer-term basis, Orève’s priority over the next 12 months is to finish implementing the plan he has been addressing over the last 18 months.

“For example, foreign exchange was the last asset class we incorporated in our system and there are some clients that have yet to be transferred. Our mission is to achieve the target of having 90% of all the flows of the firm traded by our team,” he said.

And this mission will no doubt include adding more volume without adding any more staff.