In the past year, the US Commodity Futures Trading Commission’s Enforcement Division has more than quadrupled the cases it has brought regarding market manipulation over the previous eight years and has no plans of slowing down. 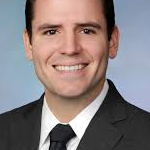 “From 2009 to 2017, the CFTC, on average, brought about six cases per year,” said James McDonald, director of the CFTC’s Enforcement Division, during a speech before an audience at the NYU Law School. “The past year, we filed 26. Many of these cases required us to address particularly complex and move patterns of manipulation- including those that cross markets, cross exchanges, or even cross, or even international borders.”

He attributed the Division’s improved capabilities to the increased amount of data to which the Division has access; having the necessary tools to assess, evaluate, and analyze the data; and developing human capital within the Division so that they can uncover and prosecute illegal conduct.

The Division also launched a new task force on spoofing and manipulative trading as well as three others that target virtual currency, insider trading, and Bank Secrecy Act concerns. Each task force has offices in Chicago, Kansas City, New York, and Washington D.C.

Additionally, the Division launched its cooperation and self-reporting program, which permits companies and individuals who know of misconduct to identify those who participated in the act(s) and allows the CFTC to prosecute the most culpable.

“It’s a tool that originated in organized crime and gang prosecutions, and has been employed aggressively and with success in white collar prosecutions as well,” he noted. We’ve now incorporated this tool into our enforcement efforts at the CFTC.”

One of the most recent results from the program has involved spoofing and manipulation charges against former proprietary Kamaldeep Gandhi, who has entered a cooperation agreement with the Division for the regulator’s broader investigation.

“Because Gandhi’s cooperation was not yet complete at the time of the resolution, the CFTC bifurcated Gandhi’s case—deciding liability in an order issued on October 11, 2018, but leaving the amount of the penalty to be determined at a later date, once Gandhi’s cooperation is complete,” said McDonald. “This bifurcation mirrors the criminal process, where the guilty plea comes first, and sentencing later.  Bifurcation allows the CFTC to consider the entire range of cooperation when determining the appropriate penalty.  Gandhi’s case stands as an example of the sorts of tools we’ll employ to ensure we can use our cooperation program in the most effective way possible.  I expect you’ll see more bifurcated orders in these types of cases going forward.”