Chairing his first open meeting of the US Commodity Futures Trading Commission, Chairman Heath Tarbert announced that the regulator had already amended the Volcker Rule to lessen its burden on smaller regional banks as well as to benefit the end-users of derivatives.

“The new regulations simplify requirements by clarifying prohibited and permissible activities so that all institutions—including those headquartered abroad but who lend and deploy capital in the United States—have a better understanding of how to comply with our laws,” he wrote in a prepared statement issued after the meeting.

The amended regulations use a risk-based approach to determine permitted and prohibited activities and investments for banking entities, including CFTC-registered swap dealers and futures commission merchants.

The CFTC also added FX forwards/swap and cross-currency swaps to the list of permissible products for the liquidity management exclusion as well as other existing and additional exclusions to the rule’s definition of proprietary trading.

The regulator further tailored the compliance and metric reporting requirements to focus on entities with relatively large trading operations, according to Chairman Tarbert.

CFTC Commissioner Dan Berkovitz voted against the revision and cited that the proposed changes would make it difficult, if not impossible, to enforce since it would leave implementing significant requirements to the discretion of the banking entities.

“It would create presumptions of compliance that would be nearly impossible to overcome, and eliminate numerous reporting requirements,” he wrote in a separate prepared statement.

The CFTC approved these changes last week by voting via the seriatim process, in which no public meeting takes place. 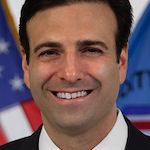 “The process can be efficient handling matters of complexity,” said Chairman Tarbert during his opening remarks. “It’s also good for the public to have opportunities to see our agency in action. Although this is the first meeting of my chairmanship, it won’t be my last.”

Commissioner Berkovitz also took exception to how the Commission approved the rule change.

“The revised Volcker Rule includes a number of changes and additions not contemplated or adequately discussed in the notice of proposed rulemaking (NPRM) in violation of the Administrative Procedure Act (“APA”) requirements for public notice and comment for rulemakings,” he added.

The regulator then spent an hour discussing and eventually unanimously approving rules amending the position limits for securities futures products to be more aligned with the Securities and Exchange Commission’s position limits regarding stock options as well as eliminating portions of the Commission’s public rulemaking procedures that had been made redundant by the Administrative Procedures Act.

“Our Part 13 was intended to track the APA,” he noted. “The APA has changed over time, but our Part 13 has not. To avoid potential conflicts, we’re proposing to eliminate most of the provisions and default to the governing language of the APA.”

The CFTC maintained Section 13.2, which permits any person to petition the Commission for rulemaking, which does not exist in the APA.