Want to add some color to your dull exercise routine? Then check a Color Run. I did, and I lived to tell about it.

The scene at the Oct. 18 Brooklyn event was like that of a concert. The stench of what smelled like barbeque engulfed the air; booths were set up in rows for beer, free KIND energy bars, group photos and donation tents; pop music blared from a stage. 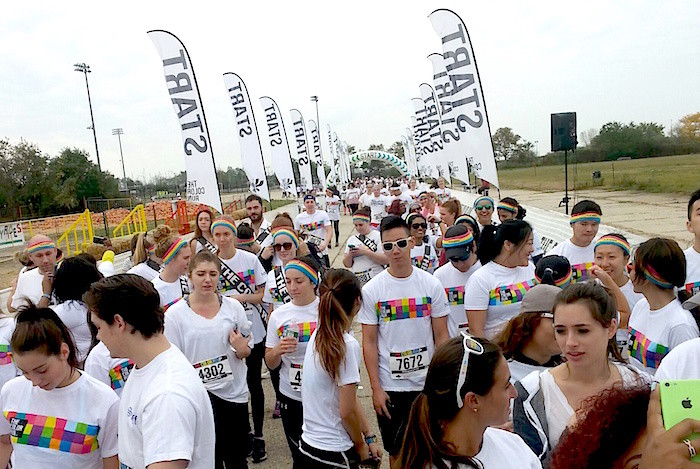 Armed with my rainbow head band and temporary tattoos they provided, we started the race and proceeded to gallivant through four stations of color: blue, yellow, pink, and purple. The volunteers at each color station showed no mercy, each one almost completely painted in color as they showered anyone near with a healthy handful of the colored powder. 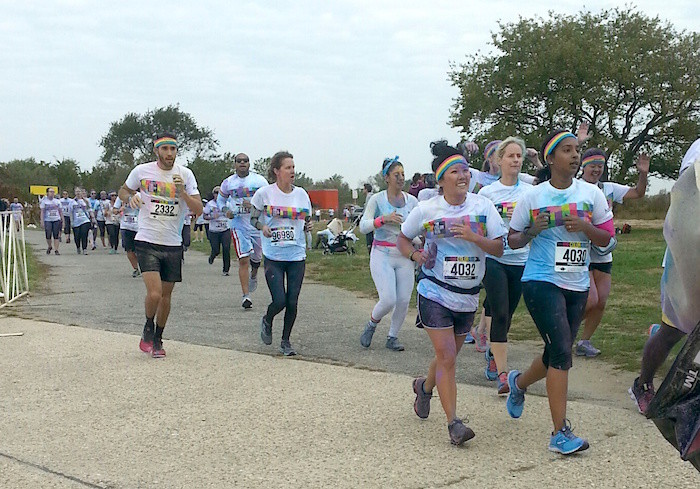 Some teens and young adults were rolling around on the ground because apparently, a splash of color is not enough. I felt maintained a decent pace overall, but after the third color station, my feet and shins disagreed.

My three friends and I finished the race in one piece, then took a group picture, where on the count of three threw our own handful of colors in the air and let the powder rain over us. We also threw color packets at each other and exchanged color throws with strangers. People on stage were throwing colors as well as water bottles, and of course more color. 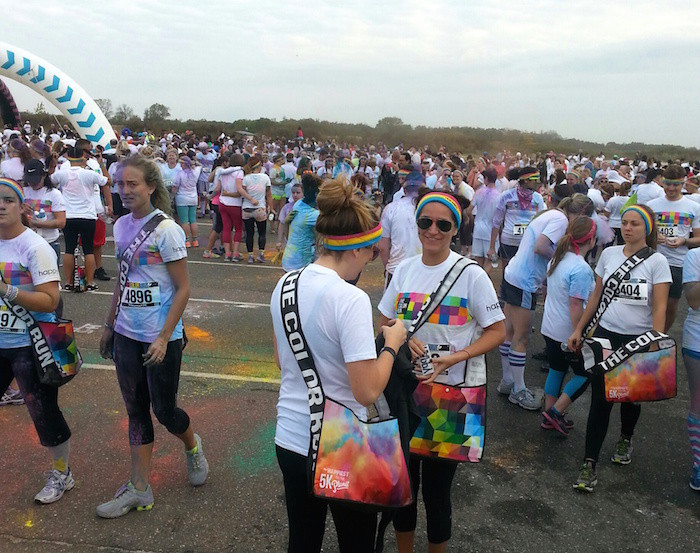 On the way out, event staffers equipped with leaf blowers were on hand to try to clean people off, but it didn’t really work.

Would I do something like this again — absolutely! It may not be to everyone’s taste, but as advertised, it really did seem like the happiest 5K in the world.

Now I just need to clean my sneakers.