The blessing of the two long-established, name-brand, and regulated Chicago exchange operators confers a certain legitimacy that did not exist when bitcoin traded only on Coinbase, Kraken, Cex.io and other obscure platforms. Some market participants and observers expect the Cboe and CME listings to increase cryptocurrency trading over a sustained period and eventually attract institutional money, dispelling the notion that it’s just a passing fad.

As one might expect for an alternative market, the answer is more likely to be social media and other alternative data sources, rather than Bloomberg, CNBC and The Wall Street Journal. Cryptocurrency news can break at 3 am New York time just as easily as 3 pm, and ‘pajama traders’ need real-time information.

“The cryptocurrency community is more suited to alternative data because of its real-time nature and 24/7 news cycle,” said Ed Oliver, director, finance sales at Dataminr. “Crypto market developers, exchanges and traders are already trying to disrupt things. They’re not going to use traditional ways such as press releases to announce a change; they’ll tweet it instead. News therefore breaks more directly, and it breaks at all hours.” 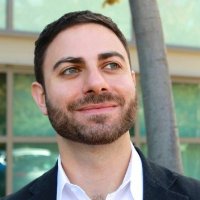 “Given how tech-centric cryptocurrencies and crypto investing can be, alternative data can affect prices more than in other asset classes,” said Joe DiPasquale, CEO of BitBull Capital, a cryptocurrency fund of funds. “Keeping close tabs on social media and forums, futures positioning and other indicators can make a huge difference between making a proactive move or a reactionary one. This is especially so if valuations can be influenced by outliers such as an advancement in renewable energy or graphics cards.”​

“Many factors play a role in determining cryptocurrency prices, and staying on top of not only the coins themselves but also the markets and industries intertwined with them is very important,” DiPasquale said. “Most crypto traders follow a mix of traditional and crypto-focused news sources, as well as podcasts and corporate blogs.”

To be sure, as an emerging market with lots of unknowns, cryptocurrency is high-risk as well as high-reward, and caution is warranted. DiPasquale said traders must balance data sourced from social media with the perspective of industry experts, and be wary of individuals attempting to influence the market for their own benefit. “Reputation carries a lot of weight in the nascent crypto universe,” he said.

As far as bitcoin being legitimate, “we have an evolution from ‘maybe it is’ to ‘definitely is’ with it being adopted by the larger trading platforms,” Dataminr’s Oliver said. “The run-up of bitcoin over the last few months has been so volatile, and news impacts these currencies. Alternative data, specifically social media, can be a very valuable resource.”