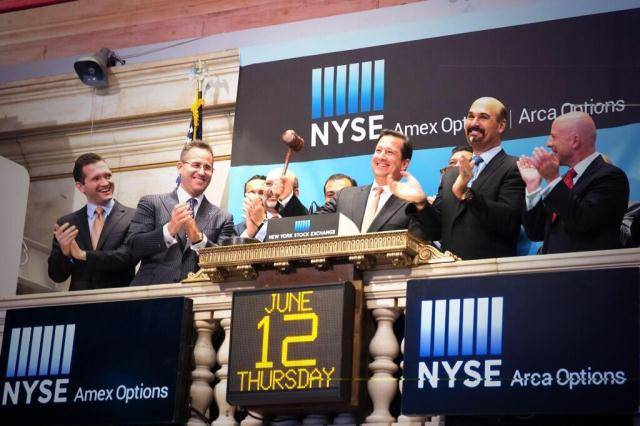 Stacey Cunningham, president of the New York Stock Exchange, said she expects more direct listings as companies have increased choices in how to go public.

The final day of #FMQ2021 will begin at Noon EST with a fireside chat between @stacey_cunning @NYSE and @ProfAggarwal @msbgu.
Tune in to hear their thoughts on #FinancialMarkets #StockMarket #ESG: https://t.co/9Xu0RdsGef pic.twitter.com/nZ1axXbKtj

Cunningham said this year is breaking records for initial public offerings after IPOs in 2020 reached all-time highs. In the first nine months of this year global IPO proceeds were $115bn, 35% higher than full year 2020 according to PwC’s Global IPO Watch.

“Nobody expected that 2020 was going to shatter prior capital-raising records,” said Cunningham. “2021 has surpassed those records partway through the year and so this is a shift in the trend with companies going public versus staying private.”

She highlighted that companies have more choices about how to go public, depending on their specific goals.

“It’s a really good time in the capital markets,” she added. “I’m also excited by what it means for so many people and investors, including the class of retail investors that we’ve welcomed to the market in 2020 and 2021.”

Direct listings began when Spotify was the first company to use the mechanism to go public on NYSE in 2018. Daniel Ek, chief executive of Spotify, and Barry McCarthy, the former chief financial officer of the music streaming company, wanted to rethink the IPO process as the firm did not want to raise capital when going public and also wanted to democratize access for retail investors.

Slack and Spotify made headlines when they chose the unique path to conduct an #IPO via direct listing. Now, private companies are leveraging direct listings to raise capital and enter the IPO market, without needing to weigh the cost of an underwriter. https://t.co/5J5pNuBAku

“That was a real innovation as companies used go public primarily to raise money and that shift has been really significant,” added Cunningham. “ I would keep an eye on the direct listing space because we had one in 2018, one in 2019, and now we’ve had seven or eight so it’s picking up.”

In December last year the US Securities and Exchange Commission approved the NYSE’s application to add a capital raise on top of a direct listing, which would not involve any underwriters, but this type of deal has not yet happened.

Cunningham said: “We’ve received some pushback on the mechanics around how that would work.”

The Council of Institutional Investors had objected to the mechanism and argued that the lack of a committed underwriter could lead to less protection for investors if the registration statements are inaccurate.

“When you see innovation in the market, you start to see traditional providers rethinking their offerings in order to remain competitive,”she added. “Now you’re seeing things like lock ups on IPOs being renegotiated.” 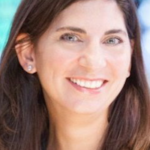 Cunningham said there are now more than 400 live SPACs who have to find an acquisition within two years of going public. She explained that the SEC is reviewing the incentive structure and disclosure for SPACs to ensure investors have transparency.

In addition, the SEC wants investor protection for retail investors to ensure they have the necessary information in order to adequately assess risk.

She would also like the SEC to review fragmentation in the market.

“Fragmentation was implemented by design in order to create competition which was the right thing to do,” Cunningham added. “The pendulum has really swung too far and I think we need to address the fragmentation that exists today.”

The chief executive also expects regulators to implement a framework for digital assets, which is necessary for a highly regulated financial markets infrastructure.

“Digital assets are definitely an area of the market that we’re watching closely and having a lot of conversations about,” she said. “We’re not going to colour outside the lines with respect to the regulation that exists today.”

ICE, the exchange’s parent company, had invested in Coinbase and sold a stake for $1.2bn after the cryptocurrency exchange went public in April this year.

We've got that Friday feeling as we celebrate @Bakkt's NYSE listing 🎉 Congratulations to Gavin Michael and the entire team on this amazing achievement. Welcome to our #NYSECommunity 🏛 $BKKT pic.twitter.com/6FY59ZSy2k

In 2021 Nasdaq amended its listing standards requiring companies listed on the exchange to disclose diversity and have a minimum of two diverse board members, or explain why not. Cunningham said NYSE had taken different approach because the exchange does not want to restrict the investable universe of public companies.

She said: “Diversity is so core to us. I’m the first woman sitting in my role so how could I not be focused on diversity ?”

As a result NYSE launched a Board Advisory Council about three years ago comprising 20 CEOs of NYSE-listed companies. They nominate potential diverse board candidates from their networks, who are in a database that is accessible to companies searching for independent directors.

Since the database launched, 19 candidates have been placed on corporate boards to date.

“That doesn’t sound like a very big number, but it is a big number when you think about the corporate board profile and how it’s changing,” said Cunningham.

In addition, ICE has an environmental, social and governance database so investors can access diversity data and put pressure on companies to change if necessary.

“If investors want to see change, they have to talk with their dollars which drives change faster than anything else,” she said. ”That is what we are seeing.”

As ESG investing has grown, NYSE has also spent a lot of time with its listed companies on how they tell their ESG story.

Cunningham said Intrinsic Exchange have developed  an accounting framework for natural assets that can be layered on top of standard financial accounting, so that these products can be listed.

“It would be an entirely new asset class, but it’s a solution that brings together those who want to preserve our future and give them a way to put their dollars to work  where where they want to see action,” she said.