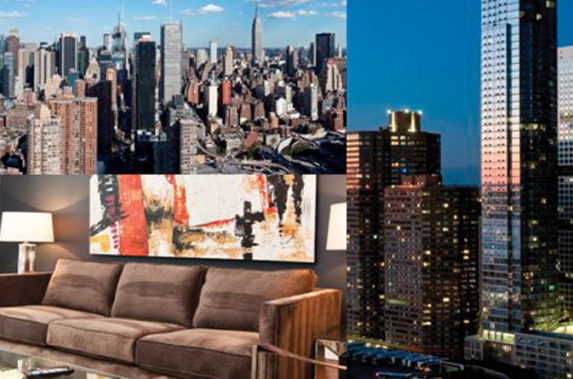 The idea is for a homier experience than a hotel would be for a professional who’s in town for an extended period, but not for long enough to rent or buy an apartment. The west-side location, a few blocks from the Lincoln Tunnel, is conducive for such a living arrangement.

“We’re not right in the heart of Times Square, but people here for long-term stays don’t want the flashy lights and the noise,” said Ken Flornes, director of marketing for The Suites at Silver Towers. “On 11th Avenue after 7 p.m., it’s pretty quiet.”

Silver Towers was built in 2009, Flornes told Markets Media in an Oct. 15 interview. The Suites opened with 106 units, which Flornes and his team rented within two-and-a-half months, despite the economic recession.

The Suites at Silver Towers is aimed at higher-end guests. Units come fully furnished with everything from pots and pans to linens to wine openers; there is a full-service kitchen and biweekly maid service, and a spa, pool, gym and roof deck are also available, Flornes said.

Staffers at The Suites pride themselves on providing stellar service to guests, according to Flornes.

“Disney is really good at this, and we try to compare ourselves to them,” he said. “For example, the customer is always right (even when they’re wrong!); the quality of the apartment is the best of the best; and don’t nickel-and-dime clients or guests with extra offerings, like a rollaway bed, or extra wine glasses for a New Year’s Eve party. Most hotels and temporary housing providers bill for these extra items — as long as it’s within reason we try to do those things on the house.”

The Suites at Silver Towers also marks guests’ birthdays and anniversaries, and might send gift baskets on appropriate occasions, such as after opening night of a play. “It’s the little things that go above and beyond,” Flornes said. “It’s TLC that you might get in the Midwest, but you don’t get in most places in New York City.”