Legacy is important to Marie Dzanis, who was named to the newly created role of head of Northern Trust Asset Management for Europe, Middle East, Africa in July.

She talks about legacy on both a professional and personal level. Dzanis tells the anecdote of when she was in her early thirties and believed that being able to buy a Versace suit meant she was successful. However, although people said the suit was nice, she realised that true success meant leaving something meaningful behind.

Since her appointment, Dzanis has spent more than 150 hours meeting staff, clients and regulators in order to formulate her strategy for asset management in the region. 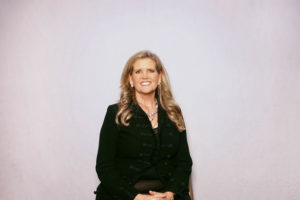 She told Markets Media: “Northern Trust has had success in EMEA and my appointment allows more focus. My experience of managing and growing businesses means we can take the region to the next level.”

Northern Trust has a legacy of managing investments for more than 129 years across both active and passive strategies. Dzanis believes this experience through cycles and the firm’s distinct approach will help Northern Trust differentiate itself in an increasingly competitive European market.

Before moving to London, Dzanis was based in Chicago as head of intermediary distribution where she led business development and client servicing for prominent global asset management firms.

Shundrawn Thomas, president of Northern Trust Asset Management, said in a statement: “Marie is a highly accomplished executive who has provided leadership for several of the firm’s top strategic initiatives. Her results-driven orientation and unique ability to anticipate and exceed the needs of our investing clients are invaluable qualities that she brings to her new role.”

ETFs are a growing business in Europe. Assets invested in ETFs/ETPs listed in the region reached $827bn (€717bn) at the end of last month, a 3.17% increase since the start of this year, according to ETFGI, an independent research and consultancy firm.

@ETFGI reports that assets invested in #ETFs and #ETPs listed in Europe increased by 2.13% during July 2018 to reach US$827 billionhttps://t.co/vW300Lps9A

Consultancy Greenwich Associates’ annual European ETF Study this year found that approximately 40% of participants in the survey planned to increase ETF allocations in the next 12 months.

Northern Trust launched its first ETFs in 2011 under its FlexShares brand and Dzanis helped lead development of the business. She said: “In seven and a half years we developed the US ETF business from zero assets to the tenth largest manager with $17bn.”

However, Northern Trust has not yet launched ETFs in Europe.

“We are evaluating ETF opportunities in EMEA,” added Dzanis. “Northern Trust has a pristine brand and is the fourth largest indexer in the world with a presence in 29 countries, so there is a great opportunity to evaluate and grow.”

One of the opportunities for growth in European ETFs is smart beta strategies. Smart beta products do not track a standard market index which is weighted by market cap, but allows investors to track factors such as dividends or low volatility.

“Northern Trust has been involved in factor investing since 1994 and there is no proxy for experience through good and bad cycles,” Dzanis said. “The gates and rules are just as important as the factor itself.”

Everyone #invests in factors, but there are good and bad ones. Here’s how to tell the difference. https://t.co/bZx4iNbyox #equities pic.twitter.com/zdhrhN7ZIm

She continued that not all strategies will be suitable for an ETF wrapper.

“We are very thoughtful on risk and products’ outcome for investors,” added Dzanis. “We have the discipline to step away from launching some strategies if we have proven in our research that they cannot solve for something in the industry and is compatible with something we do well as an investment manager.”

One of the reasons behind the growth of passive strategies and ETFs is that they are much cheaper than active funds. For example, this year Lyxor Asset Management, the subsidiary of French bank Societe Generale, lowered the fees on its core ETFs to just 0.04%. In the US, Fidelity this month launched the first zero-cost index funds, which caused a drop in the share prices of rival asset managers.

Dzanis said: “There is pressure for fee compression across the industry and it makes sense to proactively review charges. However, investors will pay for something that is difficult to do such as capturing premia on a consistent basis or achieving better risk-adjusted returns.”

She argued that fund managers need to provide the best outcome for their clients based on their desired exposures, risk and time sensitivity. “This is not just about price and there is space for both active and passive,” added Dzanis.

She give the example of Northern Trust being able to analyse the factor efficiency ratio to measure exposures across a portfolio.

“A $7bn entity in New York wanted exposure to momentum but we found that one manager was being negated by another,” said Dzanis. “They wanted a quality bias with a nuanced tilt towards small-cap but were actually leaning towards mega-cap.”

Northern Trust’s head of fixed income, Peter Yi, and his team have also developed a cash segmentation strategy which can help achieve a real return differential. “In the current environment, investors need to be deliberate in employing cash,” added Dzanis.

“Northern Trust is committed to promoting diversity,” she said. “It is important for women to be visible and present.”

#NTInvest is honored to be selected as a Diversity Champion in the @newsfromIN 2018 Excellence in Diversity and Inclusion Awards. https://t.co/mMpnQG8OUx pic.twitter.com/37q8Fs5snA

To build a legacy outside work, Dzanis and her husband financed a documentary, Love Letters to My Children, about Maggie Doyne, a young American woman who saved her babysitting money to found BlinkNow. The non-profit foundation has built a children’s home, women’s center and school in Nepal. In 2015 Doyne was named the CNN Hero of the Year.

Dzanis said: “If you can bring your whole self to work, then your professional and personal values can co-exist.”