Traders in the Asia-Pacific region are becoming more willing to embrace electronic trading of corporate bonds according to a survey from the International Capital Market Association.

ICMA said in a report, The Asia-Pacific Cross-Border Corporate Bond Secondary Market, that electronic trading is between 10% and 40% of secondary market activity in the region, which is lower than in the US and Europe.

A number of respondents suggested that Asian markets have traditionally relied on personal relationships and trust, and picking up the phone to trade is an entrenched practice, although some now negotiate trades using social media and personal chat apps.

“Knowing your counterparty seems to underpin liquidity, and as one interviewee framed it, the regional bond markets are essentially a human dark-pool,”said the study. “But many of the interviews also suggest that this reluctance to embrace electronic trading may be changing.”

One respondent said regional firms have become used to electronic trading in the US. In addition, in the European Union the MiFID II regulations came into force this year and the reporting requirements are forcing more trading to shift onto venues.

“Regional regulators appear to be watching the impacts of MiFID II with a view to introducing their own regulatory initiatives around transparency and best execution,” added ICMA.

Other interviewees told the survey that cost pressures are forcing many banks to cut their sales teams and provide low-touch liquidity via platforms instead. The study said: “The ability to process and leverage proprietary order and trading data is seen by many as providing a potential competitive edge.”

The ICMA report highlighted the acceleration in issuance and size of the US dollar, euro and sterling corporate bond market from Asia Pacific issuers, which tripled to more than $930bn (€800bn) between 2011 and 2017.

“A number of participants pointed to what one dubbed the ‘Asia-fication’ of the APAC markets, with regional investment funds and life insurers beginning to dominate buy-side flows in US dollar, euro and sterling credit,” said the report. “ China is a large part of the story, with many Chinese investment firms and securities companies opening offshore offices (primarily in Hong Kong).”

The People’s Bank of China and the Hong Kong Monetary Authority also launched Bond Connect in July 2017 to allow overseas investors to easily access the Chinese onshore bond market. International firms can can trade through the Hong Kong Stock Exchange, rather than requiring a quota.

“At the time of the interviews, Tradeweb was the only offshore trading venue connected to Bond Connect, although Bloomberg was about to receive approval and MarketAxess was in advanced discussions with Bond Connect, with other platforms also seeking connectivity,” said the report.

Tradeweb Markets, the electronic venue for trading fixed income, derivatives and exchange-traded funds, said in a statement in July this year that onshore bond trading activity in China had surpassed Chinese yuan 697bn ($107bn) since the launch of Bond Connect. 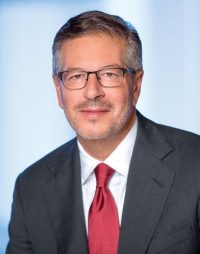 Lee Olesky, chief executive of Tradeweb Markets, said in a statement: “Tradeweb is well placed to accommodate the anticipated increase in investor demand for Chinese debt given our market-leading infrastructure, long-standing fixed income expertise, and extensive community of more than 2,000 institutions.”

Tradeweb continued that it had executed more than 6,200 fully electronic cash Chinese yuan bond transactions since Bond Connect went live. The number of international investors reached 400 on August 15 according to a statement fromBond Connect.

“It took 99 calendar days for the last 100 investors to complete the filing process and join the scheme, compared to six months for the prior 100 investors,” added Bond Connect. “Among the 400 accounts, 61% are opened by global asset managers and fund managers in the form of various investment products.”

“This is a milestone achieved to enhance the settlement services of Bond Connect in an efficient and secure manner,” said Bond Connect. “In many jurisdictions, the availability of delivery-versus-payment is a regulatory prerequisite for investors to participate in financial markets.”

The implementation is also one of the conditions of the inclusion of the Chinese bond market in the Bloomberg Barclays global index which is due in April next year. On 31 August Bond Connect launched block trade allocations, which allows asset managers to execute a single block trade and allocate specific percentages or amounts of the trade to up to 30 individual accounts.

“The adoption of block trade allocations is the second of the three conditions from Bloomberg Barclays index inclusion that have been met within a week after the recent full implementation of delivery-versus-payment,” added Bond Connect. “These developments are expected to accelerate the participation in Bond Connect by global asset managers and investors.”

ICMA continued that international investors feel that the longer-term opening of the Chinese market will provide interesting opportunities, especially once the country is included in global bond indices. However there are short-term concerns including the difficulty of sourcing information for evaluating underlying credits, the lack of market depth and liquidity, as well as stretched valuations.

“Interviewees suggest that international real money investment flows remain important, and that these mainly come from global emerging market funds,” said ICMA. “Furthermore, these funds, which traditionally based their execution desks in New York or London, are increasingly opening offices in the region, partly to be in the same time zone, but mainly to be closer to the market.” 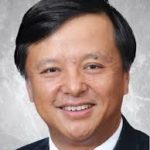 Charles Li, chief executive of Hong Kong Exchanges and Clearing Limited, said in his latest blog that the third condition for index inclusion is a clarification on taxes from Chinese regulators that provides a three-year grace period for offshore bond investors.

“The market believes real-time delivery-versus-payment  alone will generate greater interest from central banks and other active investors that could drive $500bn Northbound, and index inclusion could send another US$100bn through Bond Connect into China’s interbank bond market,” added Li. “This represents a major breakthrough for Bond Connect and our overall fixed income strategy.”