As market regulators continue their drive to greater regulatory transparency, it has put participants in the US equities markets in a bind.

In short, should market participants use the optional direct market data feeds or the consolidated data feed provided by the Securities Information Processor to meet their regulatory mandates? 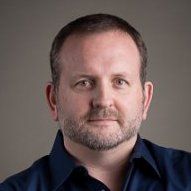 “The problem is that there are inconsistencies from a regulatory basis on when to use the SIP for certain purposes and when to use the direct feeds, which is harming that consistency part for which the regulators are striving,” said Travis Schwab, CEO of Eventus Systems, during an open call hosted by the Securities Traders Association.

As an example, when a brokerage uses an inter-market sweep order (ISO), the firm needs to take a snapshot of the market when it sends the first flights of the order, according to Schwab.

Should that snapshot be based on data from direct feeds or the UTP, he asked.

If whoever checks the validity of those snapshots accepts data from direct feeds, does it mean that it requires a firm to have a separate source of a direct feed to make sure that the feeds are operating properly, Schwab questioned further.

Jim Toes, president and CEO of the STA and host of the call, has seen these and other market data related concerns pop up in discussions with the Securities and Exchange Commission throughout the year.

During the meetings of the SEC’s Equities Market Structure Advisory Committee, three of the four subcommittees brought up market data as an item that they were investigating, noted Toes.

“Two of these sub-committees deal with market quality and customer issues,” he said. “Personally, I was a little surprised to see market data come up to the degree that it did in both subcommittees.”