Delegation is when certain asset management activities, including portfolio management, are executed outside of the fund’s domicile. Sean Tuffy, head of regulatory intelligence, Securities Services at Citi, warned in a report that Esma’s letter to the EU Commission last month on the Alternative Investment Fund Managers Directive has implications beyond just AIFMD.

ESMA responded to the European Commission’s review of the directive with 19 recommendations, including changes to delegation and substance.

#ESMA has made recommendations in a letter sent to @EU_Finance highlighting areas to consider during the forthcoming review of the Alternative Investment Fund Managers Directive (#AIFMD).#ESMA's letter includes recommendations for changes in 19 areas. https://t.co/MwOXBh2Fy8 pic.twitter.com/gWakq2gfug

Tuffy said the biggest impact is likely to come from the the proposal to harmonize elements of AIFMD and the UCITS (Undertakings for Collective Investment in Transferable Securities Directive) frameworks because UCITS does not have delegation rules.

“Instead, local regulators determine the appropriate level of governance, local substance, and oversight for the UCITS funds they authorize,” added Tuffy. “In practice, this has led many firms to delegate their asset management activities to countries outside of the fund domicile.”

For example, many funds domiciled in Ireland or Luxembourg are managed in New York or Hong Kong. Esma is concerned about regulatory arbitrage as a large share of the assets held in UCITS funds are managed outside of the EU, especially after the UK leaves the European Union at the beginning of next year. 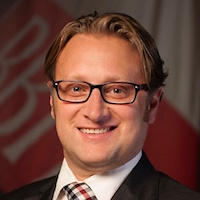 “However, any changes to the UCITS substance and delegation rules could have a significant impact on the global asset management ecosystem,” said Tuffy. “Ultimately, this could cause managers to move more activity within the EU, if not within the UCITS fund’s domicile.”

Tuffy warned that changes could lead to inefficiency and more cost for investors, as well as retaliation from other domiciles.

The European Fund and Asset Management Association said in a blog that it supports many of the recommendations in Esma’s letter, with the notable exception of those related to delegation and substance.

#EFAMA supports many recommendations in ESMAs letter on #AIFMD to the EC, however, calls for caution on delegation-related recommendations.https://t.co/7hoFdB5ZSo#assetmanagement #EUPolicy pic.twitter.com/Lz32wInEkv

The association said local delegation and substance requirements for asset management companies, including UCITS, would disrupt long-established models and deprive institutional and retail European investors of access to essential expertise in order to access non-EU sources of investment returns.

Adrian Whelan, head of regulatory intelligence for investor services at Brown Brothers Harriman, noted in the bank’s On The Regs blog that  no UK fund or management company will have UCITS authorization status at the start of next year after Brexit.

UK funds will become non-EU third country alternative investment funds, and sales and distribution into the trading bloc will be subject to the national private placement rules of each member state.

He explained that the continued use of the term “UK UCITS” is commercially driven and creates positive branding by association.

“It should be noted that historically UK funds have not exported well even when they had actual UCITS designation,” Whelan added.

In addition, it is possible the EU may take action if certain UK UCITS attempt to leverage the name to market against EU funds in markets, such as Asia, where the UCITS brand recognition is very strong.

“The retention of the UCITS moniker for UK funds shows how successful the brand has been and the trust it instils in investors,” added Whelan. “Even without the distribution and passporting benefits that EU UCITS benefit from, it will be interesting to see how well the UK UCITS versions do when it comes to attracting inflows.”