On October 6 Europe shortened its settlement cycle for securities by one day to T+2.

Chan told Markets Media: “T+2 was much like Y2K with many problems  expected. However, on the first day of settlement under T+2 our settlement rate was higher than normal.”

She will be on the Clearing in Focus panel at Markets Media’s London Global Markets Summit on October 16.

Netherlands-based EuroCCP was formed from the merger of two pan-European cash equities clearing houses – Dutch clearer EMCF and EuroCCP, the former European subsidiary of the US Depository Trust & Clearing Corporation. The combination aimed to reduce settlement costs in Europe and EuroCCP has estimated that clients have cut fees in half if they previously needed to settle with two different CCPs.

The merger was announced last December and the new firm completed the the migration of the constituent businesses in April this year. 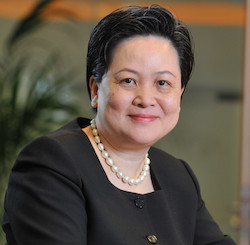 In June EuroCCP said it would begin clearing trades executed on London Stock Exchange which opened its trade feeds to competitive clearing by three interoperating CCPs – EuroCCP, LCH.Clearnet, which is majority owned by the LSE, and Switzerland’s Six x-clear.

“We probably would not have received the LSE agreement to clear trades without Emir authorisation which shows that we meet all the safety standards,” added Chan. “There could still be commercial reasons why other exchanges are not ready  to make the same decision yet.”

In April EuroCCP became the second central counterparty to be approved under the European Market Infrastructure Regulation.

“The next goal is for all three CCPs to get access to all three national stock exchanges currently  cleared by only one or two of the interoperating CCPs,” Chan added. “Then market participants will truly have a choice of CCP without having to incur additional costs.”

EuroCCP has said that if all the platforms that are cleared by at least one of the three CCPs in this interoperating arrangement gave equal access to the other two then an additional 24% of trades executed in Europe could be covered.

“Alternatively  exchanges may see that  clearing does not give them an advantage in trading and decide to outsource clearing,” Chan added. “Under Emir the cost of compliance with the minimum safety standards will only increase so now might be a good time to review their options.”

Chan pointed out that it took 30 years in the US for the DTCC to become the sole post-trade services provider in the equities market.

“In Europe consolidation is likely to take a different path to the US,” she said. “The market does not need 10 equity CCPs but nor  does it want just one that would  be a monopoly. It is likely there will eventually be two or three CCPs but they need to interoperate competitively.”