Euronext Dublin is due to announce the launch date of Euronext ETF Access, a single platform for trading any ETF listed in Europe, in the coming weeks after reaching an important milestone in its integration with the pan-European exchange group.

We are pleased to announce the successful migration of the 53 companies currently listed on Euronext Dublin to Euronext’s proprietary trading platform, Optiq® https://t.co/F0YaCSpZ0m | @euronext_ie pic.twitter.com/6wEPRkfJ5Y

Daryl Byrne, chief executive of Euronext Dublin and head of debt and funds listings and ETFs, told Markets Media: “This was a very important milestone for the Euronext integration. Our trading member firms and listed companies can now access a deeper pool of capital through a single pan-European order book, more liquidity and thousands more investors.”

Stéphane Boujnah, chief executive and chairman of Euronext, said in a statement: “As the only pan-European exchange operator and liquidity pool, Euronext now provides listed companies and trading members in Ireland with leading-edge technology, a seamless way to interact and break down barriers to capital and growth, for the benefit of financing the real economy. All of this within eleven months after the closing of the acquisition and seven months after the introduction of Optiq to all our issuers.”

Byrne said nine new member firms joined on 4 February, including a good mix of international firms, and more are due to join in the next few weeks and months.

“We already have the primary market expertise in Dublin and can put that together with the Euronext Group’s trading and technology expertise to expand beyond listings,” added Byrne. “Post-MiFID II, secondary market activity is shifting to lit markets which makes our offering more compelling.”

He continued that Dublin is in a stronger position to offer more listing solutions to scaling Irish companies as Euronext has nearly 1,000 listed small and medium-sized enterprises and is the number one listing venue for technology SMEs in continental Europe.

Since the acquisition, Dublin has become the centre of excellence for  debt and funds listings and exchange-traded funds within the Euronext group. 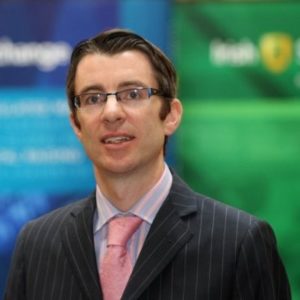 “Being part of Euronext strengthens our number one position for listing debt and funds,” added Byrne. “We also have a strong tradition of listing and providing trading for ETFs on a regulated market.”

In order to be more competitive against rival venues, Dublin has lowered its ETF listing fees.

“We will also be launching Euronext ETF Access as a one-stop shop for trading ETFs listed on any regulated market in Europe to reduce fragmentation,” said Byrne. “We will make an announcement on the launch date in the coming weeks.”

Euronext said on its website that the ETF trading platform will give access to all the ETFs listed in Europe, provide choice of trading model with continuous matching, request for quote and net asset value trading, as well as bringing together all market participants on a single platform. ETFs in Europe can currently be listed on several national exchanges in order to access local investors, which increases trading costs and makes it more difficult to determine liquidity.

Byrne said: “Other priorities include launching new products, such as single stock futures or agricultural derivatives, and broadening out the possibilities of growing the business with the Euronext Group’s technology expertise and pan-European presence. M&A is now a possibility.”

Britain’s exit from the European Union also provides opportunities for the Dublin exchange.

Mike Love, non-executive chairman of Scisys, said in a statement that the Euronext listing was the final step in the company’s Brexit contingency planning.

“By complementing our UK listing with a European one on Euronext we will also have continued access to sterling and euro pools of capital in a post Brexit environment,” Love added.

However Brexit presents challenges as Ireland has relied on UK-based Crest to settle trades rather than building its own central securities depository.

Euronext Dublin announced in December last year that Euroclear Bank was its preferred provider of a long term settlement solution for Ireland. In addition, during that month the European Commission said that in a no-deal scenario, UK CSDs would have equivalence for 24 months from March 2019.

Byrne said: “We have engaged extensively with the Irish authorities and the European Commission to ensure there is continuity of settlement in the event of a hard  Brexit. We then have a two-year window to move to Euroclear Bank as a central securities depositary.”