Extent of Adoption of Microwave Technology in Europe Revealed

The extent of adoption in the highly secretive realm of microwave technology in Europe has been revealed by a trading connectivity firm that says it is the first to actually offer a fully operational commercial wireless service in the region.

Perseus Telecom, a provider of ultra-low latency trading networks, says that it has been providing microwave services to banks, proprietary trading firms and market makers since 2010 on a mainly proprietary basis. 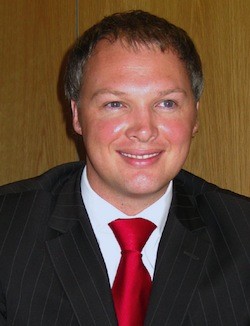 “We haven’t talked about it as most of it has been really stealthy, really secretive and very proprietary,” said Jock Percy, chief executive of Perseus Telecom.

“It is interesting because we provide microwave services to some of the biggest banks, prop trading groups and market makers in Europe, while others we provide to are relative unknowns.”

Despite microwave technology being around since the 1970s, it has only been in the last few years that microwave has been adapted to the trading realm due to its potential of being able to trump the latencies on offer through a fiber optic cable, which had hitherto provided traders the fastest connections to the world’s major trading centers.

Microwave is only really aimed at very high end of the high-frequency trading market—in a world where a millisecond can make all the difference. The fastest fiber offering between London and Frankfurt is 8.3 milliseconds for the time it takes for a signal to get from point A to point B and back again, but microwave can easily trump this.

“Our connection between London and Frankfurt is less than 4.6 milliseconds and that is with a bit of wiggle room,” said Percy. “Fiber takes 8.3 milliseconds so there is nearly 4 milliseconds of delta between the same two locations.”

Percy says that it is now openly advertising the fact that Perseus is providing three commercial routes between major exchange venues based in London and Frankfurt and it is the first to actually offer a fully operational commercial service in Europe. Others, such as IT provider Colt, have plans in place to offer a similar offering on the London-Frankfurt route.

Microwave is more advanced across the Atlantic, with commercial services already in operation between the trading hubs of New York and Chicago, as well as within the New York metropolitan area.

And although the systems in play today are more advanced and reliable than those used by the early adopters, microwave connections are still prohibitively expensive for many firms and they can experience interference from weather and solar activity, and carry less information than fiber optic cables. Microwave, which is beamed on a line-of-sight basis between two towers or antennae, also struggles over vast swathes of water due to the curvature of the Earth and the biggest known microwave route achieved across water is just 360 kilometers across the Red Sea.

“With trading speeds up to 40% faster, microwave technology looks set to be an important tool for high-frequency traders in search of a competitive advantage, but it won’t lead to a wholesale technology change across the industry,” said Andy Young, a pan-European low latency specialist at Colt, in a recent blog posting.

“There are limitations to microwave and this is why a combination of low latency fiber and microwave is the optimal solution for high-frequency trading.”

“There is no real thought leadership in this space yet,” he said. “Perseus offers a real service and real customers and can talk to the challenges publicly of building not trivial projects. We’ve been doing this since 2010.

“Yes, there are drawbacks over microwave capacity; wireless can be working but the service can be upset by something atmospheric or a solar flare and there is nothing we can do about that.

“But microwave will continue to be a growing trend at the top end of the market, but will always be backed up by fiber.”

And does Percy have any intention of connecting Europe’s other trading venues together?

“It doesn’t take a rocket scientist to work out that we want to connect to other markets, but for the time being those three being interconnected and the matrix between those three markets are the most important,” he said.