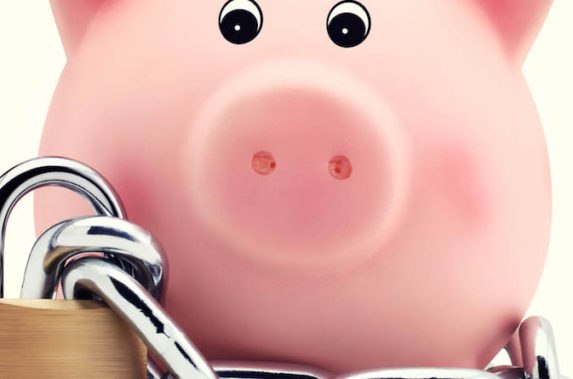 A debate over market structure has been underway for at least two decades, since electronic trading began to supplant floor-based traders.

Recent recommendations advanced by exchange operators such as IntercontinentalExchange and Bats Global Markets are geared to undoing some or all of Regulation National Market Structure, which is now ten years old.

The best possible policy goal is to have a nimble, non-rigid regulatory environment where innovation from markets can be brought without crippling anybody else’s market, according to Matt Andresen, CEO of Headlands Technologies and founder of Island, one of the original electronic communication networks (ECNs). 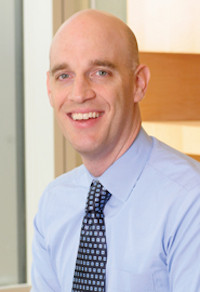 Andresen has been appointed to a committee on equity market structure set up by the U.S. Securities and Exchange Commission to review of Reg NMS, the role of exchanges in the current market structure, and the presence and effect of conflicts in the routing and execution of equity orders.

While hyper-liquid instruments such as SPY, the ETF that tracks the S&P 500, have very tight spreads, “once you start moving down the list, the execution quality of the 4000th biggest equity name by trading volume hasn’t really budged, and hasn’t been really addressed by electronic trading,” Andresen said. “We have to think more creatively about how to foster market structures that address quality trading in those names. That’s one thing I think the committee will have to look at. You’ve seen some attempts at fleshing this out through the tick pilot.”

Those rulesets attempted to bridge the gap between human and electronic trading. “There was a lot done to try to regulate a world where both these things existed at the same time,” said Andresen. “Reg NMS was the most expansive attempt to allow those things to coexist.”

Regulatory compliance has become a front-burner issue at the highest echelons of the financial system.

“It affects almost everything we do,” Goldman Sachs Chief Executive Officer Lloyd Blankfein told Bloomberg TV in January. “I can’t think about our technology spend without thinking of the number of heads I have to hire to build the systems to comply with the new regulatory reporting functions. So it is a fact of life. It’s something that we have to deal with.”

Many of the details around trading regulations outside of the U.S. are still being fleshed out, leading to uncertainty as to what the impact will be in practice, according to a 2014 year-end wrap-up by Tradeweb Markets, an operator of electronic fixed-income trading platforms.

In Europe, reporting obligations for over-the-counter and exchange-traded derivatives under the European Market Infrastructure Regulation started on February 12. The rules relating to the mandatory clearing of certain derivatives under EMIR are expected to be finalized in 2015.

The European Securities and Markets Authority is in the process of consulting on draft detailed rules under the Markets in Financial Instruments Directive and Regulation, which jointly replace and significantly expand the current MiFID legislation. The new legislation was politically agreed to early in 2014, but the complete set of rules will not apply until January 3, 2017.

MiFID II and MiFIR incorporate the trading of standardized OTC derivatives as required by the G20 commitments, but also cover a broader range of instruments, such as fixed income securities and exchange-traded funds.

Compliance technology spending in global capital markets surpassed $400 million in 2014, and is expected to grow by 35% from 2012 to 2015, according to a report by Aite Group.

A reliable and robust trade surveillance and monitoring capability is no longer viewed as a nice-to-have or a regulatory mandate but as a competitive differentiator for institutional brokers, execution venues, buy-side firms, and even clearinghouses and SEFs, said the report. Even regulators have entered the purchasing market in recent years, as the supervision of various market requirements cannot be accomplished without the latest cutting-edge compliance technology.

“However you look at it, 2014 was all about regulation,” said Marion Leslie, managing director, pricing & reference services at Thomson Reuters. “Regulations impact industry participants in different geographies in different ways, but any hopes of isolating impacts were dashed as inter-jurisdictional implications through the web of the financial markets became clear. “

Each regulation has brought new requirements – increased reference data, transparency, risk management and oversight, with consequences no longer confined to massive financial penalties,but also extending to personal liabilities and expectations with regards to culture and conduct.

“The impact of regulation will continue into 2015, placing a heavy focus on reference data for quality reporting, valuations, transparency and investment compliance,” said Leslie. “Regulation and risk management will both reinforce the need for firms to continue their investments in data management – infrastructure, governance and processes. This investment will be critical not only to meet the regulatory agenda, perform proper risk aggregation and management, but will enable full return on investment on data assets and drive insight and performance for the firm.”

In fixed income, some of the world’s largest banks shifted strategies, scaled back, and in some high-profile cases, pulled out of some specific fixed-income products entirely, due to regulations. “Strategy changes and the uneven implementation schedule of the Basel III capital rules by regulators in different regions has had a huge influence on competitive positioning, market share and profitability of the world’s largest fixed-income dealers,” said Greenwich Associates consultant Frank Feenstra.

Because of the import of regulation such as Dodd-Frank and Basel III, fixed-income markets have become much more expensive for investors to transact in, “particularly corporate bonds and municipal bonds, where spreads have widened significantly,” said Dave Mazza, head of research for SPDR ETFs and SSgA Funds at State Street. “Because ETFs offer the liquidity which is not being found in traditional individual bonds, investors are now flocking to them to be able to place investments in an area which has become more opaque and illiquid than it has in the past.”

U.S. banks will finally get a real taste of Basel III with the required disclosure of Supplementary Leverage Ratios — the U.S. interpretation of leverage ratio requirements defined by Basel III, according to Kevin McPartland, head of market structure research at Greenwich Associates. “This new disclosure requirement will finally give the market a more apples-to-apples comparison of bank leverage,” he said. “As the last few years have taught us, disclosure brings with it questions, and questions often lead to change.”

Financial regulators will focus their 2015 examination efforts on investor protection, market integrity and operational risk. The SEC’s and Finra’s examination priorities provide a blueprint for firms on what to expect when examiners come calling,

The examination programs address requirements for a range of financial institutions, including national securities exchanges, investment advisers and companies, broker-dealers, transfer agents, and clearing agencies. In terms of market-wide risks, the SEC will continue to examine for structural risks and trends that involve multiple firms or entire industries, including annual examinations of clearing agencies as required by the Dodd-Frank Act and assessing cyber-security controls.

“When these priorities come out, they are giving firms a heads up,” said Walter Ferstand, regulatory compliance expert at Nice Actimize. “Then it’s the responsibility of the compliance team to incorporate this into their written supervisory procedures and make sure their systems are up to date. Because the regulators aren’t just saying this — they are actually going to be doing this throughout the examination process.”

Because examination priorities evolve over time, compliance officers need to be cognizant not only of the current year’s priorities, but those of previous years as well. “When you look at these priorities in 2015, that’s not going to be good enough,” said Ferstand. “You’ve got to go back to ’14, ’13, ’12 and ’11.”

Suitability, for example, has “been on the heightened examination priority list of both the SEC and Finra,” said Ferstand. “The SEC regularly talks to Finra, and it’s not really a mystery that sales practice comes up.”

Suitability has been arguably the number one priority for regulators since Arthur Levitt became SEC chairman after serving as head of the American Stock Exchange. “His top priority was to make sure the individual investor was protected,” said Ferstand.

The tools that the regulators are using have improved exponentially. “The information that the SEC is getting and the information Finra is getting is much more intelligent than when the original rules actually came out,” said Ferstand. “They are using sophisticated computers, tools and artificial intelligence to distill information.”

Over the last several years, the SEC has made enhancements in data analytics that enable it to efficiently and effectively analyze the data to which it has access, according to its statement of 2015 examination priorities. It will use these capabilities to focus on registrants and firms that appear to be potentially engaged in fraudulent and/or other potential illegal activity.

What’s changed? In a word, data.“Back when I was a regulator, we just had a mountain of data, and it would just sit there,” Ferstand said. “Today, they are much more intelligent.”

The examination process that Ferstand can see year-over-year is a more focused and intelligent regulatory examination. “It’s not just a ‘check the box’ type thing. They actually have data with them.”

As a result of Reg NMS, the New York Stock Exchange became an order-driven market instead of a specialist-driven market. “They flipped the switch and became electronic,” said Andresen of Headlands. “Once New York flipped, and by the time Reg NMS became effective, there was actually no need for a lot of the micromanagement by order. Everyone jumped to the other side, but they were still saddled with this regulatory environment that was predicated on trying to make these two things coexist.”

The upshot today is an enormous amount of order-by-order complexity. “Back in the Island days we had one order type,” said Andresen. “That order type was called a limit order. We didn’t care about what price other markets had, so that was a huge amount of complexity we did not have to deal with. We didn’t have to worry, ‘Well, wait a minute. Do we have to check the SIP?’ That’s incredibly difficult from a technology perspective, and has resulted in unprecedented market complexity.”

Andresen uses an analogy of eight mountain climbers tied together with a single rope. “If one guy falls down the crevice, he’s probably pulling all the seven other guys down with him,” he said. “It’s a lowest common denominator result, and in technologically complex implementations, this is really bad. When you have a lot of complexity and you’ve tied everyone together, you’ve made everyone dependent on the worst-performing player.”

Well-designed systems are fault-tolerant to individual failures. If some part of the internet crashes, there’s still an infinite number of ways to communicate back to the rest of the world. In other words, they’re resilient.

“We’ve created something which is the exact opposite of resilient,” said Andresen. “We have great prices and we have great speed, but we also have great brittleness. We have a lot of risk that, when the markets have a problem, that problem is going to be felt at the worst possible moment by all possible participants.”