The UK Financial Conduct Authority said new technologies may improve the transparency of the allocation process for initial public allocations, improve the efficiency of the bookbuilding process and provide access to retail investors.

The FCA today published the final findings of its investment and corporate banking market study confirming the findings of the interim report focused on UK primary market activities equity capital market, debt capital market and merger and acquisition services in April this year . The final report said that whilst many clients feel well served by primary capital market services there were some areas where improvements could be made to encourage competition, particularly for smaller clients. 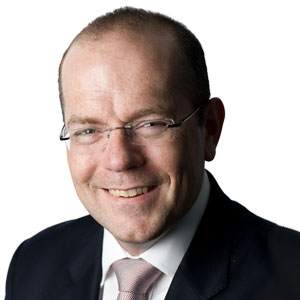 Christopher Woolard, director of strategy and competition at the FCA, said in a statement: “The universal banking model clearly works well for a wide range of participants but areas such as the use of restrictive contractual clauses, league table credibility and the allocation of shares in IPOs are not always working as well as they could.”

The regulator found that allocations of shares in initial public offerings are at times skewed towards buyside investors who gave banks derive greater revenues from other business lines, such as trading commissions.

Some respondents to the interim report questioned the findings on the skew in IPO allocations and said larger investors should be expected to get more shares and some banks said they had sufficient procedures in place to deal with any conflicts of interest.

“In the run up to the implementation of MiFID II, the FCA will work with those firms where shortcomings in their allocation policies or practices have been identified,” added the FCA.

MiFID II, the regulations covering European financial markets from 2018, requires allocation policies to ensure there are effective arrangements to prevent recommendations on placing being inappropriately influenced by any existing or future relationships. The FCA said that in most cases bank policies were clear about the need to get agreement from an issuer of the proposed allocation.

Respondents to the interim report also gave some examples of recent innovations in the market. These included examples of new technologies aimed at improving the efficiency of the book-building process and providing access to retail investors.

“On innovation, respondents highlighted industry initiatives to digitalise and automate the bookbuilding process, led by FIX Trading Community – a non-profit, industry-driven standards body, as well as a technological solution developed by a start-up,” said the FCA.

FIX Trading Community started discussions  on automating initial public offerings in UK in 2014 to reduce inefficiency and risk. Dealogic Connect, which automates the process for equity offerings, was used for a live deal for the first time this month.

The FCA report said FIX Trading Community is also working with technology provider Ipreo to develop solutions in fixed income and equities to allow investors to receive deal-related information directly from the syndicate members and to directly place orders electronically. In addition Issufy, a UK start-up is developing a platform to facilitate and enhance the IPO distribution process for institutional investors, advisory firms and corporates that are issuing stock.

Other technologies are also being developed for online platforms that facilitate private placements; allowing retail investors to access IPOs and solutions based on blockchain technology.

The regulator’s other remedies include banning banks from using contractual clauses that seek to limit clients’ choice on future transactions; ending league table misrepresentation in banks’ pitches to clients; removing incentives for loss-making trades to climb league tables and  reforming the lack of research from non-syndicate banks during the IPO process.

“There is a blackout period in the UK IPO process between publication of ‘connected research’ by syndicate banks and the circulation of the ‘pathfinder’ prospectus so both the pathfinder and approved prospectuses are made available late in the process,” added the FCA. “Together with a lack of access to the issuer’s management, this means that non-syndicate banks’ analysts and independent research providers lack information from which to produce IPO research.”

The regulator is going to publish a separate paper on changes to the IPO process this winter after completing a consultation period in July.

Simon Lewis, chief executive of the Association for Financial Markets in Europe, said in an email: “We welcome the completion of the market study and note that the final report confirms the interim report’s general conclusion about the current provision of capital markets services. We also note that in the final report the FCA is only proposing specific measures in relation to league table presentation and the prohibition of certain clauses in engagement letters.”

Lewis added that the AFME will continue to contribute to the IPO reform process which is currently underway and play a coordinating role in creating industry guidance on the use of league tables in client presentations.