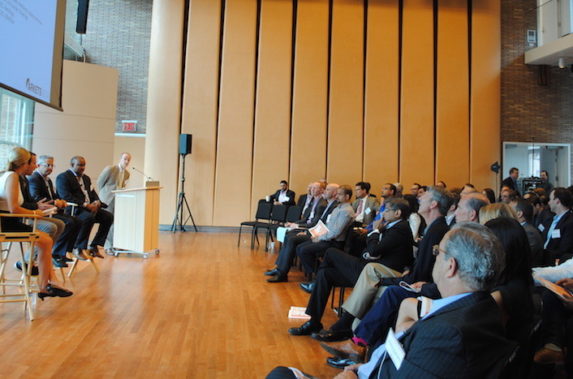 Markets Media Chief Executive Officer Mohan Virdee kicked off the afternoon/evening event with brief opening remarks, noting that fintech is the lifeblood of financial markets and as such it was overdue for MM to hold a fintech-themed event.

Blythe Masters delivered the keynote address. The former head of global commodities at JP Morgan Chase left the bank last year following a 27-year career there with view to taking a break from work. However, in March she took the reins at fintech startup Digital Asset Holdings, which provides tools that use distributed ledgers to track and settle financial assets in a cryptographically secure environment. 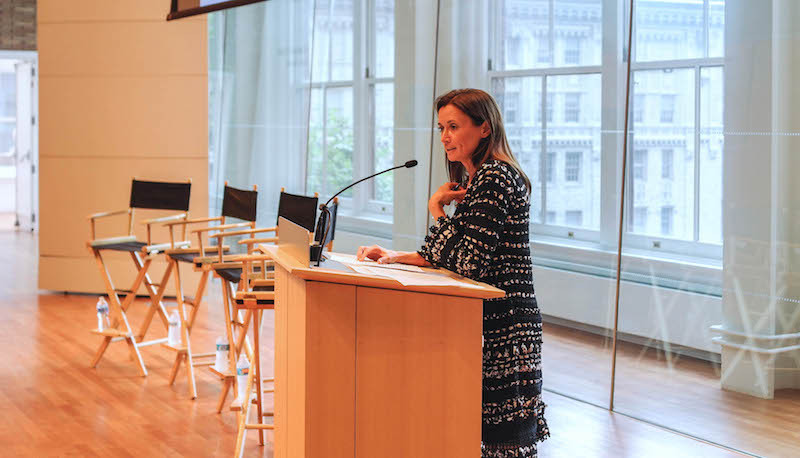 Masters said she returned to work because she was energized by distributed ledger technology, and its potential to profoundly change the way financial markets operate for the greater good. She noted that the technology’s time has come, comparing its current state to that of the internet in the early 1990s.

The next segment of the event featured presentations from leaders in the financial technology space.

Alfred Eskandar, chief executive officer of trading-technology provider Portware, stressed the importance of human capital in assembling the right teams to successfully drive an organization forward. Social sensibility and gender diversity are key positives; on the flip side, Eskandar said startups should be wary of ‘rock star’ individuals who may end up being a net negative to the group.

The next fintech leader to take the stage was Jock Percy, CEO of connectivity and managed-services provider Perseus. After recounting his own story that included growing up in New Zealand and later expanding Perseus into a global company, he noted broadly that it’s time for the financial industry to have its evolutionary turn, a process that will take time.

Percy channeled the rock band Foo Fighters in his parting advice to startup and emerging fintech concerns: “be the best, until the next best thing comes along.”

Next up was James Chrystal, co-founder of post-trade processing and risk-management company Traiana. Chrystal said failure is inevitable along the way of developing a fintech idea, but succumbing to failure cannot be an option. He also said that a fintech entrepreneur needs to be prepared to adjust on the fly; if one cannot adapt to changes, the original idea will die.

The final fintech leader to present was Neil DeSena, managing partner of SenaHill, a merchant banks that connects fintech entrepreneurs with global financial institutions. DeSena spoke about the importance of scale in fintech investment and how to help the next wave of entrepreneurs in the space. He noted that knowledge is power and said knowledge can be leveraged across any industry.

Following the fintech leaders were two panel sessions, one about applying fintech to social media to improve trading and investing results, and the other about what startup and emerging fintech companies should look for in an investor partner. 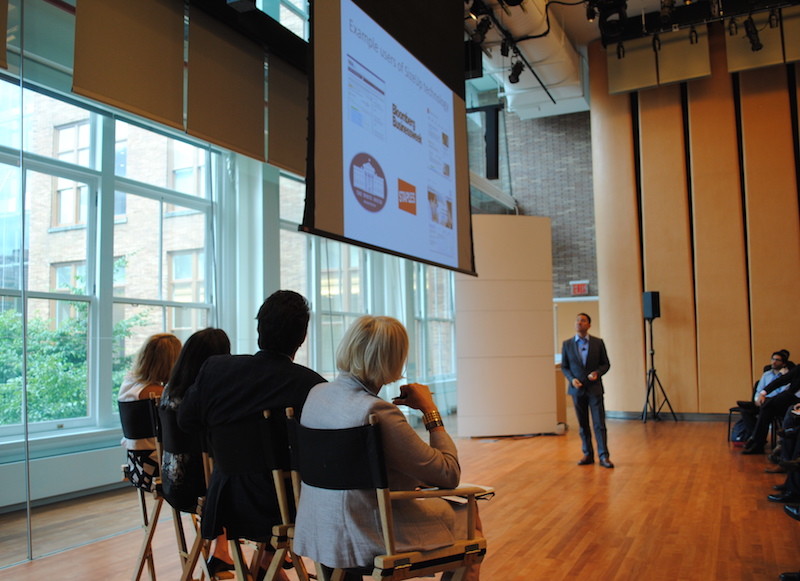 The partnering panel was moderated by Vivian Maese of Latham & Watkins, and featured TradeLegs, untapt, and Symbiont. Points were made that an aspiring fintech concern should raise more money than it expects to need, and that there’s more to the startup-investor relationship than just the size of the check.

Fintank was #FintechSTN’s final content track. Modeled loosely after CNBC’s Shark Tank, the light-hearted yet serious session had leaders of four fintech startups present their companies to a panel of venture capitalists and angel investors, who asked questions and critiqued business models.