With doubts still surrounding the ‘fiscal cliff’ talks in the U.S. and the continued fragility of the eurozone project in Europe, the global macroeconomic picture appears somewhat clouded.

And add into the mix the recent ratcheting up of political tensions in the Middle East and the once-in-a-decade leadership change in China, a near perfect storm of bad news could be about to descend upon global capital markets.

However, it may not be all doom and gloom despite the Republican leadership in the U.S. and President Barack Obama continuing to play a game of political dare as the fiscal cliff deadline of December 31—where an automatic $500 billion fiscal contraction of tax increases and spending cuts will be set in motion unless a compromise is agreed—zooms into view. 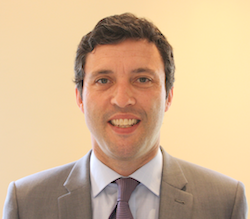 “The U.S. fiscal cliff is likely to be resolved, perhaps even pre-Christmas, while there seems to be a growing consensus that the eurozone break-up will not happen and there will be a muddle through. I think a lot of equity investors were waiting for the cataclysmic fallout from a break-up event.

“With the realization that this [a eurozone break-up] less likely, though not impossible, to happen, I think some are tentatively returning to the market.”

Rolf also thinks that China’s new leader Xi Jinping will “do what it takes” to ensure stability in the country, while despite being fearful of the Middle East problems, “if the situation continues to deteriorate, the impact on global asset prices is probably more muted than a negative outcome from any of the other events”, he said.

Others, too, are hopeful of a bit of Christmas cheer.

“The announcement of a [fiscal cliff] deal could unleash a lot of pent up demand and spark a ‘Santa Claus rally’,” said Colin Cieszynski, market analyst at CMC Markets Canada, a financial spread betting firm.

“How much of a rally would depend on whether this is a small deal to start with more negotiations to overhang markets in 2013 or if a grand compromise is reached.”

However, markets, especially in the U.S., could be weighed down for a time yet following the destruction caused to the eastern seaboard of the U.S. by Superstorm Sandy in late October.

“Judging by early indications, in the early part of December we may see a number of disappointing data points reflecting the impact on the U.S. economy from Hurricane Sandy,” said Cieszynski.

And crucially, of course, trading volumes have still yet to anywhere near recover from the global financial crisis.

“Low volumes are having a big impact on liquidity in equities which is feeding through to volatility, this is exacerbated the further down the market cap spectrum you go,” said Rolf at Amati Global Investors.

So it may be a while yet before these chill winds die down.