The FIX trading protocol, which has been the foundation of trade processing, may also provide the foundation for post trade, which largely remains stuck in the 20th century.

“Today we are talking about trading in milliseconds, microseconds, even nanoseconds, but if you look at post-trade, nothing has changed for 20 years,” Ignatius John, president of post-trade technology provider Alpha Omega Financial Systems, told Markets Media. “We are still running the same old, archaic architecture in the systems. That is where I believe the change is going to come next.”

Alpha Omega estimates that post-trade costs for equity transactions globally could drop by 30% or more using a FIX-based architecture. For both buy-side and sell-side trading desks that are under increasing pressure to reduce operational risks while containing costs, FIX based post-trade presents compelling advantages.

“For the last two decades much of the industry’s investment has been directed towards front-office solutions,” John said. “We believe that the middle- and back-office are essential functions that can contribute to lowering costs, reducing errors and ultimately improving portfolio performance.”

A number of large global asset managers have identified post-trade as an area where they are looking to improve efficiencies, reduce costs and capture more alpha. As with the evolution of trade execution, the efforts of these early adopters are driving the industry’s migration towards FIX for post-trade. 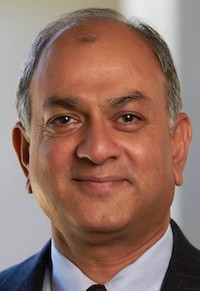 Prior to the formation of the Post Trade Working Group, some of the largest U.S. asset managers had explored the possibility of using FIX for the confirmation and allocation process. They drew up some initial guidelines for the adoption of FIX for this workflow for cash equities. This was a major departure from the incumbent CTM model, which would help facilitate straight-through processing. As time went on, The Post Trade Working Group took shape and the scope was broadened out to include vendors and the sell-side.

In 2012, the group published its first post-trade FIX specification, and BlackRock joined the effort. At this point, John decided the time was right for a commercial implementation and launched Alpha Omega.

In post-trade processing of cleared U.S. equities, the sell-side communicates “confirmation” of the trade at the account level to the buy-side, then the buy-side “affirms” the account-level transaction. The confirm/affirm process may be handled by the investment manager or by the custodian.

Alpha Omega’s product, FIXAffirm, enables trades to be allocated, confirmed and affirmed immediately after trade execution using the FIX 4.4 messaging protocol. FIXAffirm is available in both enterprise and hosted versions.

“FIX can address the post-trade demands of an evolving industry, one in which trading technology has progressed much faster and further than post-trade,” said John. “FIX stands to change the way we trade once again, this time as the post-trade platform of the future.”