Institutional investment firms manage money on behalf of end-user investors, and as such must meet multiple regulatory standards for compliance, before the trade, at the time of trade execution, and after the trade.

The pre-trade stage is arguably most important, as it’s much easier and more cost-effective to ensure that things are copacetic before the trade, than it is to react to a situation ex post facto, which may entail undoing transactions, paying regulatory fines, and containing reputational damage. This is especially true for equity-block traders and their larger transactions.

But compliance checking and risk management don’t neatly fit into pre-trade analytics packages the way that liquidity profiling and transaction cost analysis do.

“Associating pre-trade analytics with risk and compliance is not straightforward,” said Joe Rodela, head of U.S. trading at Allianz Global Investors. “The primary challenge here is that pre-trade analytics provides expected results based on prior experiences (by way of historical data), whereas risk and compliance controls seek to prevent possible consequences resulting from unforeseen (and possibly unintentional) activity.”

Continued Rodela, “this is extremely difficult to reconcile, and this challenge has not been either exacerbated or obviated by the evolution of high-speed electronic markets.”

Market risk and technology risks are two of the primary risks faced by investment firms, for which pre-trade analytics has limited value; rather, risk mitigation is substantially a during- and post-execution process.

The U.S. Securities and Exchange Commission has placed much of the onus of institutional trading compliance on broker-dealers, who act as the intermediaries, or gatekeepers, between buy-side investment firms and stock exchanges and other trading venues. However, institutional investors have a strong motivation to get it right on their end, especially as new rule frameworks such as Dodd-Frank in the U.S. and European Market Infrastructure Regulation (Emir) require implementation.

“Regardless of where an order is traded, there is typically a pre-trade compliance check before the order arrives at the trading desk. Some of the guidelines may involve risk measures as well, however the trading venue is often undetermined at this stage,” said Tom Driscoll, global managing director at Charles River Development, which provides technology systems for investment managers. 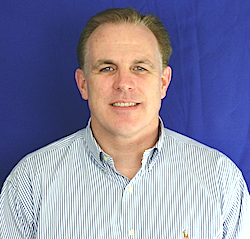 “Given the size and nature of block trading, there can be compliance issues beyond broker rules that are not evident until further into the placement and execution process,” said Driscoll, who noted that calls for a dynamic system of checks that monitors compliance as the order progresses.

Regulators have moved to raise the bar on pre-trade since the so-called ‘flash crash’ of May 2010, and then a subsequent string of market disruptions, including the Knight Capital technology snafu in August 2012, which sent scores of unintended trades into the market.

Said the SEC in April, “The prevention of such erroneous activity before orders enter the markets, as one of the primary focuses of Rule 15c3-5, is critically important to maintaining fair, orderly, and efficient markets, supporting the protection of investors, and maintaining investor confidence.”

While compliance and risk-checking may not seamlessly fit into a pre-trade analytics package, there are some broad synergies.

“Despite the continual changes caused by high-speed electronic markets, pre-trade analytics can be used to effectively produce expectations that can be measured against realized experiences,” said Rodela of Allianz. The idea is “to continually gauge and measure how dramatic the effects of market changes are, whether by way of the evolution of electronic markets, or other factors such as regulation.”