Green Bonds May Have Halo Effect

There is increasing evidence that the issue of a green bond could lead to lower long-term financing costs and have a positive impact on share prices according to a panel at the Climate Bonds Initiative annual conference.

Dr Arthur Krebbers, sustainable finance co-ordinator – NatWest Markets, said there is increasing evidence of a green bond ‘halo effect.’ He spoke on a panel on green bond pricing at the conference in London last week. 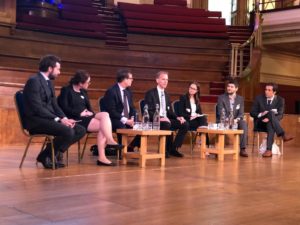 “The entire green debt curve trades at tighter spreads than a non-green curve,” Krebbers added. “The halo effect is extending into equities as the green bond issuers can see their share price outperform, as profitability and return on assets improve.”

Investors prefer to buy bonds issued by companies with strong sustainability credentials, according to a NatWest survey in September last year, so firms with a strong environmental, social and governance profile are likely to have improved access to debt capital markets.

In addition, three quarters of large European fixed income fund managers have signed the UN Principles of Responsible Investment, which commits them incorporate ESG into their investment processes.

Krebbers said in a blog last September: “More corporates are therefore actively engaging with ESG rating agencies, such as MSCI, Sustainalytics and ISS-Oekom, which benchmark a company’s policies and reporting in order to assign them an ESG rating. These ratings are starting to become just as important as a traditional credit rating.”

Caroline Harrison, research analyst at the Climate Bonds Initiative, said on the panel that she had analysed $156bn of bonds between 2016 and 2018, with green bonds making up approximately 30%.

”Green bonds attracted more investors during book building but the data on pricing was 50/50,” she added. “Out of 81 green bonds, 45 came to market with the same new issue premium as a non-green bond.”

Harrison continued that certain green bonds outperformed in the first month after issue in the secondary markets. “We are gathering evidence on the distribution of green bonds but there is huge unsatisfied demand,” she added.

Dejan Glavas, PhD candidate in sustainable finance – ECSP Europe, said on the panel that he has been researching how equity investors react to announcements of a green bond issue. “There is a statistically significant positive reaction, especially after the 2015 Paris climate change agreement,” he said.

Climate Bonds issued its ‘Green Bonds: The state of the market 2018’ report on the first day of the conference.

Ben Powell, climate & sustainable finance – SEB, said on the panel that 2018 was a year of consolidation.

“Overall bond issuance shrunk but green issuance grew in 2018,” added Powell. “Green mandates are growing but there is a mismatch between demand and supply and the paucity of data remains a challenge.”

The Climate Bonds Initiative agreed that 2018 was a year of consolidation for the green bond market with good progress in the development of taxonomies and harmonisation efforts. Therefore, there should be greater alignment of future deals to the Climate Bonds taxonomy and fewer exclusions.

Powell continued that many markets need a blue-chip issuer to launch a green bond market , such as a government issue which sets a benchmark, such as in France. Kenya, the Netherlands and Egypt have foreshadowed 2019 green issuance according to the report.

“There is a trickle down from sovereigns to corporates,” he added. “The green bond market has a lot more capacity and there is also the potential for securitisations and green loans.”

The Climate Bonds report said predictions of annual issuance for this year range from $140bn to $300bn.

“That continues to be the big benchmark that banks, insurers and corporates must deliver,” said the report. “By end 2020 the public scrutiny on those who are not investing in green and contributing to the transition to a low-carbon economy will likely be sharper.”

The study continued that more banks need to lead on green bonds, green loans, green mortgages and other retail and corporate banking and investment products in 2019 and beyond.

“Those that do not, will in time, face institutional investors and civil society, framing the green investment question as fundamental to their licence to operate,” said the report.