As almost every institutional broker and buy-side investment firm will tell you, market data ain’t cheap.

But in addition to the cost, does the system also disadvantage smaller players?

The issue is that exchange rebates, which are based on trading volume and not based on data usage, can effectively subsidize the data costs of the largest electronic market makers and bulge-bracket banks. Sans rebates, all other exchange customers need to tap operating budgets to pay for data, and/or try to pass the cost along to end-user investors.

The majority of exchange trading comes from the name-brand, white-shoe Wall Street banks, plus a handful of the largest electronic market makers that have emerged as major liquidity providers in recent years. 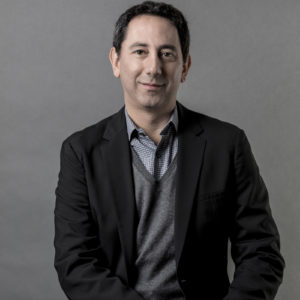 “Because of the volumes that they trade, and the tiers that they and the exchanges together created — which is basically an end-around of fair access — the exchanges found a way to rebate those firms for the cost of market data,” said Joe Wald, CEO at trading-technology provider Clearpool Group.

“There are lots of regional broker-dealers, that basically are the lifeblood of the small- and mid-cap research and banking space, that have never been catered to by the exchanges,” Wald told Markets Media. “They have been pretty much left out of the data discussion.”

Market data has been a contentious topic for years. At a high level, brokers and investment firms say exchanges behave monopolistically and data prices are unreasonable; exchanges push back by saying prices reflect higher costs on their end, and market participants have a choice of whether or not to buy the data.

But the widely used maker-taker protocol, in which exchanges pay those who ‘make’ liquidity and charge those who ‘take’ liquidity, makes data bills decidedly less burdensome for the firms with scale.

Brokers who skimp on data may jeopardize their relationships with buy-side clients.

“Our first question to them is, are you taking in the full data services that all these exchanges offer?” said Mehmet Kinak, Global Head of Systematic Trading and Market Structure at T. Rowe Price. “If the answer is no, then the conversation ends.”

Speaking Oct. 25 at the U.S. Securities and Exchange Commission’s Roundtable on Market Data and Market Access, Kinak said he doesn’t see how smaller brokers can afford the same direct feeds, depth-of-book information, and other bells and whistles that large brokers purchase. “Do I think it’s fair and reasonable? Absolutely not.”

At the same roundtable, CBOE Global Markets COO Chris Concannon provided what he called some “fun facts” regarding the exchange operator’s 10 biggest customers by market share. “There are four investment banks and six HFTs,” he said. “Five out of the top 10 get a check from us after the costs of their connectivity and market data. So we are cutting them a check monthly.” He went on to say, “We have no capacity fees. We don’t charge for orders or message traffic or cancellations.”

In addition, Nasdaq Executive Vice President Tom Wittman gave an indication of how much rebates subsidize data costs for the biggest trading firms. Speaking to Virtu Financial CEO Doug Cifu, Wittman said “I would say that 50% of the revenues you received in rebates cover 50% of your cost for both data and data center usage access fees for the Nasdaq stock market.”

So, it begs the questions of who bears the burden of these fees, and is it fair and equitable?

“The small firms subsidize the big firms, because they don’t get the same preferred tiered trading rates, but they pay the same costs for market data,” Clearpool’s Wald said. “This structure doesn’t appear to be a fair and equitable allocation to members.”

The Securities Exchange Act of 1934, commonly known as the Exchange Act, tasks the SEC with ensuring that fees for market data services are fair and reasonable, not unreasonably discriminatory and do not impose an undue or inappropriate burden on competition.

In an Oct. 23 comment letter to the SEC, Clearpool said market-data costs impair the ability of smaller broker-dealers to compete, which ultimately hurts end-user investors via less competition and innovation. Some regulatory solution is needed to force exchanges to change the way they do business, Clearpool said.