Bram Bos, lead portfolio manager green bonds at NN Investment Partners, said there is “overwhelming” demand for green bonds and there are the first signs of institutional investors in the market.

Green bonds are fixed income instruments where the proceeds are used to partly or fully finance new and/or existing projects that have proven beneficial to the environment.  However, there is no globally agreed definition of a green bond. 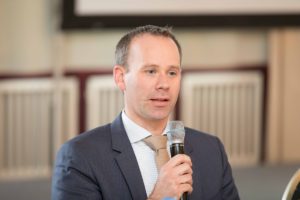 Bos told Markets Media that the Dutch fund manager has set up its own three-step green bond framework as there is not one global standard for green bonds. The first step is the International Capital Market Association’s Green Bond Principles, which were issued in 2014, and the second is sector criteria from the Climate Bonds Initiative.

“Thirdly, we then analyse ‘greenness’ of the issuer, which is just as important as the project being funded, in deciding whether a bond is truly green and has a positive impact on the environment,” Bos added.

The European Union Commission has announced steps to build a sustainable finance market in the region, which includes a suggested taxonomy for green bonds. Bos said the taxonomy could be particularly helpful for industrials to define which projects are green.

Green bond assets under management at NN IP increased to approximately €900m ($1bn) this month, and the Dutch fund manager said assets are expected to rapidly grow to more than €1bn, compared to just €20m two years ago.

We see strong global growth in #greenbonds portfolios and we celebrate that we manage the world’s largest Green Bond fund: https://t.co/PjuO7uJFCS pic.twitter.com/AGfP4sWgwB

NN IP added that its NN (L) Euro Green Bond Fund has become the world’s largest green bond fund with €560m in assets under management. Bos explained that when the NN Green Bond fund was launched, demand was mainly from Benelux and France but demand is now overwhelming from more European and Asian countries.

“Interest is coming from wealth managers and private banks and we are seeing the first signs of institutional investors in the market,” he said.

Bos continued that the market is much deeper and broader than when NNIP launched the fund two and a half years ago.

“Liquidity is also extremely good and we have not found any difference to the non-green market,” he added.

Pricing in the green market is comparable to non-green bonds according to Bos. He said: “We analysed 2,500 points over a three-year period and found a difference of less than one basis point in yields between green and standard bonds.”

Corinne Bendersky, analyst at S&P Global Ratings, told Markets Media: “As investors focus more on the relative environmental quality of a bond, we may eventually have a ‘greenium’ that reflects tighter spreads for higher environmental impact.”

The ratings agency launched its Green Evaluation in April last year as a benchmark of the environmental quality of a transaction – which is separate from the credit ratings process. S&P reviews a number of factors and can provide an opinion, when requested, of a transaction’s alignment with the ICMA green bond principles., although its governance and transparency assessment considers additional factors.

“To ensure a bond is green we evaluate the governance and transparency framework around the issue,” said Bendersky. “We take into account the green bond framework and other materials such as sustainability reports and assess whether the use of proceeds is restricted.”

The financing is given a final Green Evaluation score on a scale of 0 to 100 and E4 to E1 (where E1 contributes the most to meeting climate change targets, and E4 the least). She continued that mitigation makes up 60% of the benchmark score and the other 40% is made up of governance and transparency. Mitigation includes assessing the environmental impact of the technology being financed based on a local baseline and involves a quantitative calculation of the net environmental benefits over the lifecycle using data from Trucost, which is also part of S&P Global.

“We expect there will be greater diversification in types of issuers and credit quality as the market continues to grow, spurred by strong investor demand and political pressure to meet commitments under the Paris Climate Agreement,” she added.

S&P estimated in a report in April that green bond issuance will reach $200bn this year, and potentially more than $0.5 trillion in five years. The ratings agency added that alternative green financing instruments are also gaining ground and it expects to see more green loans, securitizations, mortgages, and sukuks, a form of Islamic finance, this year.

Bos expects the growth of the green bond market to accelerate as many companies are rolling out their initiatives related to the Paris climate change agreement. In addition more governments are becoming issuers.

??Nigeria: ?? Celebrations as Sovereign Green Bond lists on the @NSEcontact. 1st from African nation & only fourth country in the world to issue an #SGB. Congratulations to everyone involved in the two year #GreenbondsNG journey! #greenbonds https://t.co/GLzmUHh6qK

S&P said in a report: “We also believe sovereigns will increase efforts to enable finance from the private sector, which will be significant in facilitating a transition to a low-carbon economy and to funding adaptation projects in the face of increasingly severe weather events and climate patterns.”

Bos also expects more supply from emerging markets where the impact of climate change is greater, which will also lead to more high-yield issuance in a market which is currently mainly investment grade.

“Issuers recognize our strong position in green bonds,” Bos added. “This allows us to influence new green bond placements and owing to our size, we are a welcome participant in new green bonds issues.”

Bendersky said: “The green bond market has grown at a rapid rate since 2013 and we expect $200bn of issuance this year.”

The OECD has estimated that annual green investment required for the 2-degree scenario of the Paris climate change agreement is more than $4.3 trillion. S&P said that in the EU, US, China and Japan, which represent the best established bond markets, the equivalent amount is $2.2 trillion, with about one-third of that projected to be financed through loans.

Bos added: “New green bond issuance needs to reach between $800bn and $1,000bn per year to have a strong impact on climate change and we are growing towards that number.”