Institutions are extensively using decentralized finance and it will enter financial markets within the next six months.

Decentralized finance, DeFi, or Open Finance uses smart contacts automatically executing on blockchains to allow any user to stake cryptocurrency as collateral on a platform and provide services such as lending or liquidity without the involvement of a traditional financial intermediary.

Pat LaVecchia, co-chairman and chief executive of Oasis Pro Market, a regulated marketplace and alternative trading system for digital securities, said in a webinar yesterday: “Institutions are using defi extensively because the returns are phenomenal. Some hedge funds investing in DeFI have already achieved 100% returns.”

LaVecchia predicted that DeFi will move into traditional financial markets in the next six to 12 months. 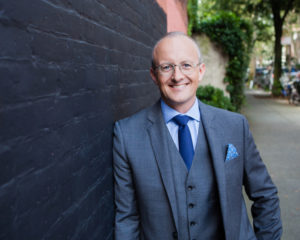 Richard Johnson, chief executive and founder of Texture Capital, an SEC-registered broker-dealer focusing on the issuance and trading of digital securities in private markets, said on the webinar that DeFi already has a presence in financial markets.

He gave the example of Tinlake, a platform built on decentralized financial infrastructure, that enables users to draw loans against conventional illiquid assets by issuing tokens.

Dave Hendricks, chief executive and founder of Vertalo, said in a statement: “With recent Securities and Exchange Commission statements clarifying the treatment of digital asset custody, we believe the routine trading of digital securities in private markets will soon be a global phenomenon.”

Johnson told Markets Media that mutual clients will be able to issue digital securities using the Vertalo platform, and have those securities trade on the Texture ATS. He added: “We want to focus on capital raising and trading while Vertalo can manage the post-trade processing over the trade lifecycle.”

BD/ATS @texture_capital to Integrate Vertalo Tech Sandbox, Transfer Agent. Watch The Interview With @davehendricks To Learn More As Vertalo Continues to Lead the Development of The Digital Asset Ecosystem With Texture Partnership.

Texture Capital has a number of issues in the pipeline. Johnson said: “The tokenized capital raising process is more transparent.”

The firm has also launched its own tokenized offering.

“We want to be a guinea pig and demonstrate a different way of raising capital,” Johnson added. “There is a saying in the States that you have to eat your own dog food.”

His firm is one of the few broker-dealers that has been registered with the SEC for only digital assets. “Anecdotally, there are about 40 other firms waiting to be registered as the process can take between 18 months and two years,” he added.

Johnson expects that Texture Capital will be a clearing broker and have many more tokens on its platform in the next 12 months.

Johnson and LaVecchia took part in a webinar, GameStop, DeFi and the Future of Financial Markets, hosted by the Wall Street Blockchain Alliance yesterday.

Shares in GameStop, a retail chain that sells computer games, rose 1,600% last month. There were Congressional hearings last week following retail investors driving up the share price after users of online forum Reddit had posted that hedge funds had taken a large short position in Gamestop. Trading app Robinhood was forced to temporarily suspend trading in GameStop and other “hot” stocks in order to cover its clearing margins which led to allegations of market manipulation and unfair treatment of retail investors.

The hearings discussed the whether the settlement cycle for US equities should be shortened from the current two days after trading. Kenneth Griffin, founder and chief executive of Citadel and founder and principal shareholder of Citadel Securities, said in his written testimony to the Congressional panel that settlement should be cut from T+2 to T+1.

David Brill, chair of the cryptoasset working group of the Wall Street Blockchain Alliance and founder of Brill Advisors, said on the webinar yesterday: “The market infrastructure is not efficient during a high volume crunch and with DeFI a lot of those problems go away.”

Still time to register! On Weds, Feb 24 @WallStreetBTC invites you to a special event featuring financial markets and decentralized finance experts. We hope you can join us for an informative, free event! https://t.co/sbBDVD8LKH…#Crypto #DeFi #financialmarkets

Greg Murphy, director of enterprise development at Polymath, which is building blockchain for tokens, agreed on the webinar that there is a disconnect between trading and settlement in the current financial markets.

The Depository Trust & Clearing Corporation, the US post-trade market infrastructure, yesterday proposed moving to a T+1 settlement cycle for  equities in two years.

Curious about accelerated #settlement? Read more from Mike McClain about industry changes that must be implemented to make it a reality: https://t.co/wGQJN0uu4O pic.twitter.com/AmaKM9yOaG

Murphy said: “The requirement to post collateral will not change under T+1. Using blockchain and  automatic settlement via smart contracts will take inefficiencies out of the back office.”

LaVecchia noted that it took the US 23 years to move from T+3 to T+2. He added: “Infrastructure needs to be updated and the cost savings will be huge.”