With electronic markets faster-moving and more complex than ever, optimizing workflows on the institutional trading desk is a necessity.

On a basic level, this means improving both the sequential and parallel steps associated with pre-trade, trade, and post-trade processes. It’s about working smarter, and in doing so, allowing resource-constrained investment firms to keep raising the bar on trading efficiency.

A buy-side shop can always eke out another basis point or two in trade efficiency via standard, time-tested measures such as integrating systems, tweaking router logic, and upgrading hardware. But to go beyond incremental improvement, artificial intelligence is indicated.

“The key change from a workflow perspective is that in current workflows the trader routes the orders out, then often lacks time to monitor the execution,” said Henri Waelbroeck, director of research at Portware, a FactSet company. “In an AI-assisted workflow, the exact opposite happens: the initial step of routing orders to algos is automated, but the trader is invited to consider intervention opportunities that arise as the trade progresses.” 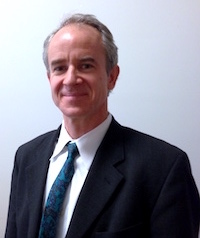 Powering trade workflows with intelligent automation can be likened to freeing up a football coach to adjust the X’s and O’s during the game, based on the outcomes of the plays that have happened so far. The right adjustments can turn a 10-0 first-quarter deficit into a 20-16 victory.

“The amount of information that’s available to correctly pick the optimal execution strategy right at the order arrival is limited, relative to what it will be a few minutes into the execution,” Waelbroeck told Markets Media. “A huge amount of data becomes available during the execution process that helps refine a trader’s view of momentum and competition for liquidity. So the most effective way to manage the trade is to get started quickly to avoid delays, then monitor how the execution progresses and come up with a more informed view of the optimal strategy as more data becomes available. This is where intelligent automation comes in.”

The largest buy-side players — the BlackRocks, Vanguards and Fidelitys of the world — have the most to gain by intelligently automating trade workflows (and most to lose by not doing so), as their trading desks are fully scaled, 24/7 operations that span multiple asset classes and geographic regions. But institutional investment giants are generally conservative and not first movers, so it’s more of an evolution than a revolution.

“There is a big role for intelligent automation in optimizing workflows and being more consistent with results in those workflows. This requires a lot of testing and backtesting,” said Juan Landazabal, global head of fixed income at FX trading at Deutsche Asset Management. “Also there is a certain degree of resistance to automation, as there should be, given our fiduciary duty to make sure due diligence and care is properly taken before you go into auto-pilot with regards to trading.”

“The end result tends to be better with the added support of intelligent automation, especially if you’re executing across traders and regions as a global team,” Landazabal coninued. “You can achieve more consistency through intelligent order routing and the information that comes from these types of software.”