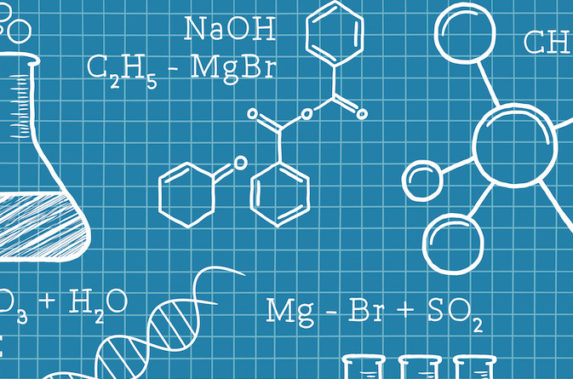 There seems little doubt that David Miller, head of EMEA equity trading for Europe, Middle East and Africa at Invesco, was going to choose a career in The City of London. When he started at the London Stock Exchange he became the fourth generation of his family to trade on the floor. During his career Miller has experienced the art of trading become more like a science as it has shifted from the hurly-burly of the physical floor to distant servers in a data centre. He told Markets Media: “Traditional trading skills will become far more scientifically based as systems evolve.”

Miller was a jobber on the floor of the London Stock Exchange when roles were strictly divided between brokers and jobbers in order to avoid conflicts of interest. Brokers acted as agents for their customers but could not make markets. Jobbers made bids and offers on the floor of the exchange but were not allowed contact with the end client. This segregation was swept away during the deregulation of securities markets in the UK in the “Big Bang” of October 1986 when minimum commissions were abolished and outside corporations were allowed to buy member firms of the exchange.

“I was a jobber for the last few years of its existence, trading for my own book and it’s fair to say that the quote-driven system wasn’t the most efficient method of trading for the client,” added Miller. “The introduction of order book trading is to my mind far more efficient, allowing the client the ability to be the price maker rather than the price taker.”

After the exchange, Miller spent five years with Tradepoint, a regulated bourse launched in the mid-1990s primarily to introduce order-driven trading to London.

Miller said: “One of the big problems we had then was fragmentation as suddenly we had introduced an alternative venue trading the same stocks as the London Stock Exchange, and other national bourses. In those days, technology wasn’t good enough to produce the virtual order book we rely on now. ”

Fragmentation became an issue in Europe after the implementation of the Markets in Financial Instruments Directive, or MiFID, in 2007 allowed new venues to compete with national stock exchanges without mandating a consolidated tape for the region. Under MiFID II, which is to be enforced from January 2017, the European Securities and Markets Authority has indicated it would like to see a number of consolidated tape providers emerge, although it is still unclear how this proposal will be put into practice. Miller argues that technology has improved enough to allow fund managers to get the data they need to trade from diverse venues.

“I am acutely aware that we do not currently have a mandated consolidated tape in Europe, however with a little digging the information is generally available if you know where to look,” he said. “I would note that while we have certain trades that are subject to delayed reporting privileges the overall picture around trading will always remain slightly opaque.”

Miller is responsible for equity trading in Europe, Middle East and Africa; a colleague is head of alternatives trading in the region, which includes fixed income. However all asset classes are traded via Invesco’s internal proprietary order management system and the Portware Enterprise execution management system.

Miller’s team has seven equity traders based in Invesco’s investment centres in Henley and London and is one of three International trading hubs looking after all the equity trading in the relevant timezone.

All European stocks go through the EMEA desk and it can trade for fund managers from the United States, the UK, through to the Far East. Invesco’s total assets under management as at June 30 2015 was $804n, an increase of $5.3bn during the second quarter according to the company’s most recent quarterly results, with $395bn in equities.

“As a truly international company there are various derivations of both the OMS and EMS that we use, they are however essentially the same,” added Miller. “From order creation by the fund manager through trading and onto the settlement process, the system is seamless.”

Saurabh Srivastava, former global head of electronic trading at Invesco, said in a statement in January 2014 that the firm had chosen Portware, which provides multi-asset trade automation powered by artificial intelligence, to consolidate global trading activity across all asset classes. Srivastava said: “With an open architecture and a shared underlying framework across asset classes, Portware empowers us to implement and deploy our proprietary ideas. All of the above facilitate greater efficiencies and ultimately better trading outcomes for our clients.”

The Portware EMS uses visualization tools to give traders information and allows them to sort, filter, and see their orders to help make the most informed decisions in the shortest time.  Miller said: “Our electronic trading capabilities and skills have increased significantly over the past few years following the addition to the global team of a number of electronic trading and quant specialists. Increasingly all our traders are very comfortable embracing ever more complex strategies.”

These skills will become even more important under MiFID II as fund managers will be required to provide more evidence of best execution to their clients. Miller said the first decisions a trader makes are often the most crucial to the overall outcome when placing a trade into the market – such as which style of algorithm to use, whether to utilise capital, how much of the order to reveal, which broker to use.

Miller added: “Pre-trade processes will also come under greater analysis and in future I’m sure there will be an increased degree of recordable evidence required. What in the past has been effectively part of the trader’s essential skillset will be ever more challenged.”

Traders do not have time to make copious notes for every decision so the documentation process has to be as automated and unobtrusive as possible, a process which Invesco is working on. Miller said: “All these decisions will need to be recorded, and one of the most important aspects of that is to make it as practical as possible, both from a recording perspective through to the analysis post the trade.”

Invesco’s percentage of electronic trading has increased over the last few years as algorithms and electronic tools have become more efficient which gives Miller’s traders more time to focus on the larger, more complex or highly illiquid stocks they need to trade.

In addition to making the right pre-trade decisions, evidencing best execution involves knowing where your orders have been executed and the cost of those transactions. Esma wants fund managers to provide more transparency around their costs to allow investors to focus on returns that are net of fees. Miller said: “Of course we monitor trading venues and execution destinations. I am acutely aware that this will become one of the primary areas of scrutiny in future.”

MiFID II will require markets to publish information on their quality of the execution while firms will have to publish the top five venues that they used. Miller supports the use of dark pools, which will face double volume caps under the proposed regulations. MiFID II limits the total amount of trading in dark pools at 4% in an individual stock for a single venue and 8% across the whole market and changes the pre-trade transparency waivers which are used to help the buy-side trade larger blocks.

“There have been some well publicised instances over the past year or so when some of the less desirable features of certain dark pools have become evident. When we become aware that it may not be in our best interests to expose our order flow to a certain venue we will as a matter of course instruct the relevant broker not to route to that venue,” added Miller. “On the whole dark pools in general are an important source of liquidity to us, and by their very nature they ensure minimum market impact.“

Liquidnet’s latest Institutional Voice Survey in March 2015 found that access to liquidity was the most important factor for buy-side firms when selecting a trading venue, followed by transparency and trust. In the US, access to liquidity was a higher priority compared with Europe where venue transparency was seen as marginally more important. Three quarters of respondents believed that high-frequency trading strategies negatively impact some of their orders, with 88% concerned about predatory traders in some dark pools.

Dark pools were originally set up to allow institutions to trade large blocks as the average trade size on lit markets has decreased. Exchanges have launched initiatives to make it easier for fund managers to trade larger sizes such as Turquoise, the pan-European multilateral trading facility owned by the London Stock Exchange, launching Block Discovery last year. The London Stock Exchange has also proposed launching a new auction at noon while Aquis Exchange, the subscription-based bourse, is introducing a ‘Market at Close’ order type to allow members cheaper access to end-of-day auctions across Europe.

“I’ve always been in favour of auctions as an effective and fair process of price discovery and trading as long as you get enough participants,” added Miller. “I prefer intra-day auctions for less liquid stocks rather than for larger stocks, which can trade continuously.”

Invesco analyses its own transaction cost analysis using feeds from various providers but the firm also receives information from brokers it uses who are a combination of the large investment banks, large brokers and specialist regional brokers. Miller said it is important to ensure as many different liquidity sources as possible are available to Invesco.

Every trade is analysed and traders have to comment on those that fall outside certain benchmarks, and outliers will be challenged as necessary.

“With the increasing emphasis on TCA undoubtedly traders will begin to consider an increasing number of factors that may have seemed less relevant in the past,” Miller added.

In Liquidnet’s Institutional Voice Survey, fewer than 4% of the firms surveyed in EMEA were confident that MiFID II will have a positive impact.

Miller said: “The jury is still very much out on MiFID II. I’m sure it will present us with fresh challenges.”

Additionally, 72% of firms in the region were concerned about the proposed changes to research payments. Under MiFID II, Esma has proposed that fund managers should pay for research from their own resources or make payments from a specific research account funded by a client. The size of the research payment account has to agreed by the client, disclosed upfront and is not allowed to be linked to execution volumes or dealing commissions or spreads. The UK’s Financial Conduct Authority has controversially said Esma’s proposals are incompatible with the use of commission sharing arrangements, a position which is still being heavily debated.

Miller said: “My overriding responsibility is to be able to deal for our fund managers in any stock,  at any time and at a fair price. I’m convinced that we can do that with the tools that we currently have.”