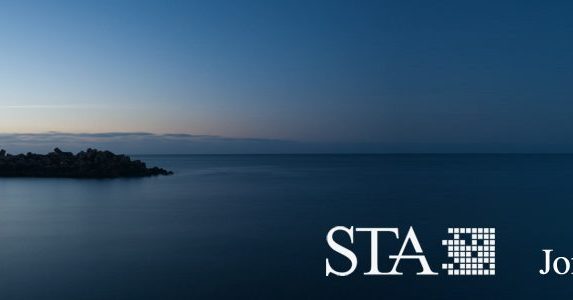 With just a handful of days left before the next SEC response deadline on the pending IEX exchange application one thing remains clear – the debate the ATS has stirred will likely be remembered for a long time to come.

No matter where one turns in the U.S. equities market, the discussion eventually turns to three letters – I. E. X.

These three letters, when combined together identify the buy-side sponsored and supported alternative trading venue that is petitioning the U.S. Securities and Exchange Commission to become the nation’s 13th public stock exchange. The three letters have also spurred more debate and market-structure scrutiny than its founders, led by Brad Katsuyama could have ever imagined.  The Pandora’s Box of market structure issues that detractors and supporters of IEX opened was almost perfectly timed – giving the equity market and its regulators the opportunity to examine a market structure many felt needed to be thoroughly examined but was not primarily due to the SEC’s mandated agenda under Dodd-Frank.

IEX was the strike of the market structure match that had been ready for lighting since the ‘Flash Crash’ of May 2010. And when the venue submitted its application last October to become an exchange, the resultant strike has flared up from a war of words to a conflagration as just recently one exchange raised the specter of a lawsuit against the SEC, which is scheduled to decide on June 18 if the exchange’s application will be approved.

“I Object, Your Honor”

The latest salvo in the IEX application debate came in mid-May as Nasdaq, a competitor of IEX as a dark pool and possibly an exchange, threatened to bring a lawsuit against the SEC and halt the application process.  The issue, raised by many in the marketplace, was the fairness of the 350-microsecond delay, or ‘speed bump’, that IEX deploys in its routing logic. While IEX contends its speed bump helps the market and protects investors, Nasdaq said it violates securities laws.

Central to Nasdaq’s argument is that Reg NMS states that exchanges must make their bid and offer quotes immediately available in order to qualify as an automated quotation and thus receive trade-through protection for their prices. By intentionally delaying response times, Nasdaq argues that prices are not immediately available. The SEC is seeking comment from the industry on whether an interpretation that allows a delay of less than 1 millisecond meets the standard of  ‘immediate’.

“The proposed interpretation would be unlikely to survive judicial scrutiny,” Amir Tayrani, an attorney for Nasdaq at Gibson Dunn & Crutcher, wrote in a letter. “The Commission lacks the authority to approve IEX’s pending application.”

In its review of the IEX application, the SEC has focused on IEX’s proposed POP/coil structure speed bump mechanism and how it affects market quality and should it be considered an automated quotation under Reg NMS.

IEX’s POP and coil infrastructure is how traders and others would connect to the venue. By traveling through the POP/coil route, IEX Users sending non-routable orders to the venue would have a delay, or latency, of 350 microseconds, both ways.

Nasdaq declined to comment on whether the exchange would sue the SEC if IEX’s application were approved.

While IEX argues it is for a fair and transparent marketplace, and that its speed bump is the centerpiece of its anti-predatory trading methodology, some other market participants side with Nasdaq. At the 8th annual SALT conference, sponsored by SkyBridge Capital, Citadel, a longtime critic of IEX, continued its months-long campaign to derail the IEX application.

“IEX is portraying itself as a firm that levels the playing field against fast-trading firms,” Citadel founder Ken Griffin said at SALT, according to a media report. “But what is interesting is the way the market structure works is that the fastest firm still wins the trade. Everyone faces the same delay in execution time — it’s a level playing field. The fastest firm wins. What IEX does is they knowingly broadcast stale prices that will influence trading at every other venue in a way that I believe is materially detrimental to the stability of the U.S. trading markets.”

Author Michael Lewis, a proponent of IEX, whom he featured in his infamous tome Flash Boys,  said at the same conference that the “delay of 350 millionths of a second affects no one but Ken Griffin, Citadel and a few others. He’s talking his book,” Lewis said. “The nature of the problem is that we now have a market where there are a handful of privileged participants who buy a privileged view of the market and they know prices before everyone else.”

Markit’s David Weisberger, a veteran trader and market structure pundit, pointed out that while IEX argues that the speed bump benefits the market by reducing the likelihood a latency-sensitive trader will execute a small arbitrage order ahead of a larger institutional order, the framework doesn’t help everybody.

“IEX saying that their delay would help protect investors against latency arbitrage if they were an exchange is simply false,” Weisberger said. “The delay will provide absolutely no protection for displayed, priced orders on IEX.  If those orders are the last ones executed at a particular price, the investors will just find out about the trade 350 microseconds later.”

Weisberger went on to say that he has asked many supporters of IEX to explain how their speed bump protects priced, displayed orders, and none have been able to.

“To be clear, their speed bump is a good idea for a dark pool, but does nothing for displayed and priced orders,” he said. “Thus, the only way that they could protect displayed orders is if they added a displayed, pegged order type.” That would be bad for the market, he said, since it would significantly reduce the incentive to place firm, priced and displayed orders.

Still, Weisberger said he still believes the SEC should approve the IEX exchange application with conditions, despite the speed bump issue. While he agreed that approving IEX’s application will allow the market to determine the value of their speed bump and pricing model, it is equally important to ensure that no regulatory advantage is provided to IEX or exchanges as a group.

“Our application complies with the rules as written and should be approved on its own merits,” IEX’s general counsel Sophia Lee wrote in an April 25 letter to the U.S. Securities and Exchange Commission.

Furthermore, IEX said that for other exchanges that wish to deploy a speed bump or introduce latency in order routing, they should be considered individually regardless of the actual delay times.

CalSTRS, which has a portfolio of $180 billion said in its March 10 comment letter:“In an era with increasing technological advancements, we believe IEX can provide a market alternative for investors who wish to utilize their trading platform. The addition of another exchange offers optionality and liquidity to the marketplace, which could potentially reduce trading costs, contribute to economic growth, and has the added benefit of furthering the SEC’s goal to increase market competition.”

“First, our direct experience with the IEX Alternative Trading System (ATS) has demonstrated that we receive larger and higher quality executions compared to most other venues. Second, we believe that there is a pressing need for the introduction of a national securities exchange that is solely focused on the efficient transfer of capital between buyers and sellers. TRS has found that we consistently receive higher quality executions in IEX compared to other ATS’s and exchanges. Our analysis has also shown that broker algorithms that route more to IEX tend to outperform broker algorithms that route less to IEX. On a notional basis, TRS executes multiple billions of trades in U.S. equity markets on an annual basis, and the enhanced quality of executions we receive in IEX can equate to millions in savings for our beneficiaries.”

So with just days before the next SEC response deadline on the pending IEX exchange application one thing remains clear – while IEX might just be three connected letters – the war of words and debate it has stirred will likely be remembered for a long time to come.