There is more than one drive for independence taking place in Edinburgh.

Scotland’s referendum on independence from the U.K. is due in less than 10 months. Meanwhile Paul Collins, head of equity trading for Europe, Middle East and Africa at Franklin Templeton Investments, is based in the Scottish capital and likes to use technology to give more independence to his buy-side traders, by plugging in to the U.S. asset manager’s global platform while meeting differing needs across his far-flung region. 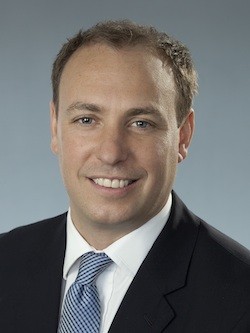 “The Global Trading Group now accounts for over 50 traders across 12 desks who deliver local expertise and knowledge,” Collins told Markets Media in a Nov. 21 interview. “The motto which underpins the Franklin Templeton business philosophy is ‘think globally, act locally’, and this is a great example of this concept.”

Collins’ team in Dubai trades on Sundays when local markets are open. Franklin Templeton gained a foothold in the Gulf in 2000, and the Dubai office serves as regional headquarters for the Central and Eastern Europe, Middle East and Africa region. The Mid-East presence was bolstered when parent company Franklin Resources purchased Dubai-based Algebra Capital over the course of three transactions between 2007 and 2011.

Collins, who manages a team of 11 traders in Edinburgh and Dubai, joined Franklin Templeton from Aegon Asset Management in 2003, where he had worked since 1997. He began his career with Baillie Gifford & Co in 1991, where he spent six years on the international trading desk.

All trading and cash management for the EMEA region is handled in Edinburgh but the trading desks liaise closely with both Franklin Templeton’s global advisers and local asset managers who specialise in regions or markets. In addition to Dubai, Franklin Templeton has local asset-management capabilities in Brazil, Canada, China, India, Japan and Korea.

The far-flung network has come a long way from Franklin Templeton’s 1947 founding by Rupert H. Johnson, Sr. He named the company after Benjamin Franklin, one of the U.S. founding fathers, to symbolise frugality and prudence in saving and investing. The firm went public in 1986, appropriately with the stock symbol BEN, and in that same year opened its first office outside North America in Taiwan.

In 2010 Franklin Resources bought Rensburg Fund Management Limited, a U.K.-based subsidiary of Investec, for £45m ($72m). Greg Johnson, then chief executive of Franklin Resources, at the time said the acquisition “fits very well with our overall corporate strategy of building the best investment products in markets such as the U.K., where local asset management expertise is important to meet local investors’ needs.”

As it has expanded internationally, Franklin Templeton developed a proprietary order management system to provide a global real-time view of all its orders. The system also provides a disaster-recovery function by allowing books to be passed across desks in different regions. For instance, if there is a typhoon in Hong Kong, orders can easily be moved to Edinburgh.

“Our order management system has been in use for over 10 years and goes though constant development by our own technology team based on our desk in Ft. Lauderdale,” Florida, said Collins. “Having our own team provides us with much more flexibility than buying an off-the-shelf product and allows us to stay ahead of the constantly changing trading landscape.”

Collins helped set up a centralised dealing function at Aegon, and he has been involved with the Investment Dashboard, an in-house Franklin Templeton system that is used for external or market idea generation and screening.

“This proprietary platform brings all of our internal data to one place, enabling the traders to effectively negotiate all our internal investment products, and present focused and ‘value-add’ ideas to our investment teams,” explained Collins.

The traders, led by director of global trading strategy Bill Stephenson, worked closely with OTAS Technologies to help build a complementary system to the Investment Dashboard. The system generates signals based on factors including market movements and correlations between asset classes, which they can discuss with portfolio managers.

“This is a powerful combination when your goal is to seek out the best execution possible for your clients and complement your investment process,” said Collins.

“These calculations create alerts and visualizations for better algorithm and venue selection, as well as tactical portfolio opportunities based on price dislocations,” added Collins. “The system is in its infancy, but some of the data has already been useful and led us to change our use of some execution venues.”

The CEP engine project was led out of the U.S. and is being implemented in Europe before being rolled out across the globe.

While extolling the virtues of technology, Collins recognises the value of the human touch, i.e. local brokers for orders which are more complicated, span asset classes or are in specialized markets.

“The Templeton Emerging Markets Group has done a fantastic job in expanding our frontier markets and emerging markets franchise,” he said. “Here, local knowledge is crucial to understanding these markets and for sourcing liquidity, so strong broker relationships are vital.”

The emerging markets franchise is spearheaded by famed investor Dr. Mark Mobius, who has more than 40 years’ trotting the globe in search of investment insights. Mobius came to Franklin Templeton with the acquisition of Templeton, Galbraith & Hansberger in 1992, which was part of an initiative to diversify beyond fixed income and into equities.

In a research note this month Cindy Sweeting, director of portfolio management at Templeton Global Equity Group, described the beginnings of the unit in 1939 when Sir John Templeton bought $100 worth of the 104 New York Stock Exchange-listed stocks that were trading at less than $1 per share. Three years later, 100 of the 104 names were in the black.

Sweeting said: “He had taken the first steps toward building what became the long-term Templeton philosophy, when those undervalued stocks bought at a time of deep pessimism later paid handsome rewards.”

Sweeting said the firm has maintained that contrarian mode more recently by buying shares in Europe. She said: “We believe the region presents a great opportunity for bargain hunting, despite the fact that many investors are still reluctant to invest there.”

Templeton Global Equity became interested in the European banking sector when the region was in the middle of its sovereign debt crisis. “Our stress testing of the tangible book value indicates the discount may be largely unwarranted and also the possibility of a coming recovery in the return on tangible book value, from low single-digit levels to a more normalised level,” she said.

Franklin Templeton does not expect a robust near-term economic recovery in the region, but there are specific investment opportunities. For instance, Sweeting said banking groups are among the most sustainable franchises in Europe due to their good deposit bases, wealth management franchises, retail as well as commercial banking franchises, while many are still trading at discounts to tangible book value.

“We believe the sector offers us upside potential, not only in an earnings recovery and a growth of book-value recovery, but also through a higher market valuation as severe pessimism recedes,” said Sweeting.

She said European equity markets have passed their trough, and their performance over the past 18 months has followed a very similar pattern to what Franklin Templeton has seen in other times of excessive emotions in the market.

In Europe it is still difficult to measure best trade execution as the region does not have a consolidated tape despite the enactment of the Markets in Financial Instruments Directive.

“I can’t believe that in Europe seven years after MiFID 1, we still don’t have a consolidated tape. This has definitely been an opportunity missed as those with a vested interest in higher market data costs or those who did enough to reduce theirs have been able to sit back and do nothing,” Collins added. “It is therefore good news to see Bats Chi-X, along with a number of the brokers, look to be proactive in changing the current trade reporting structure which we fully support.”

However Franklin Templeton also benefited from MiFID, which encouraged new trading venues to compete against the incumbent national stock exchanges.

Collins said: “MiFID has clearly led to a much more fragmented market environment but rather than let this be obstacle to growth, we have the tools at our disposal to ensure we take advantage of this fragmentation, ensuring we have access to all the available pools of liquidity that we want to interact with.”

Collins cites Franklin Templeton’s relationship with agency broker ITG in allowing the firm to quickly change its trading strategy to suit market conditions and liquidity, as well as reduce transaction costs. “We centrally clear all our electronic trades with ITG who sit between us and our brokers so that we produce only one trade ticket for each order,” he said.

Collins said Franklin Templeton will continue to invest in cutting-edge technology. “This is not just about keeping in line with the competition; it is about being innovators,” he said.

“Our priorities over the next year are to continue to develop the technology we have built to ensure we provide the best execution coupled with providing value added insight and expertise to our investment teams globally,” he added. “We look on technology as empowering buy-side traders, and enabling a partnership between traders and portfolio managers to evolve and grow.”