Exchanges in London and Frankfurt are jostling to develop new products next year to attract renminbi-denominated business, as Chinese capital markets open up

The push comes as voters in the U.K. decide whether or not to remain in the European Union, a decision that holds implications for competition among European financial services providers.

Martina Garcia, head of emerging markets strategy, London Stock Exchange Group said at the ASIFMA 2nd China Capital Markets Conference in London yesterday that the UK exchange was carrying out a feasibility study of linking to the Shanghai Stock Exchange. In September last year UK Chancellor George Osborne announced that London and China were exploring how to link their equity markets.

Daniel Widdicombe, head of investment banking division at China Construction Bank, said at the conference that Shanghai and London would be linked next year. “The 10 largest A-share companies will list in London and the ability to buy a global depositary receipt would be an interesting product,” he added.

A shares are denominated in renminbi and traded on the Shanghai and Shenzhen exchanges. A GDR allows overseas issuers to list on an exchange so that domestic investors can trade the stock in the same way as other domestic companies.

China Construction Bank became a renminbi clearing bank in London in 2014  to allow the greater use of the RMB for trade and investment in the UK and to allow UK firms to clear and settle their RMB activity within the London market. Widdicombe said: “In the last 12 months we have cleared 8 trillion RMB and exceeded our expectations.” 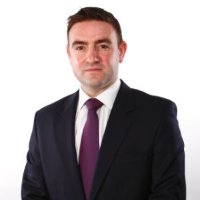 In March this year Swift’s RMB tracker said the UK had overtaken Singapore as the largest offshore clearing centre for the renminbi outside greater China. The financial payment provider said the RMB made up 40% of payments between the UK and China/Hong Kong followed by the Hong Kong dollar at 24%.

Garcia said London had an advantage as it is the largest global foregoing exchange market. “The LSE listed the first Chinese RMB sovereign bond issued outside China two weeks ago,” she added. “We have listed 54 RMB bonds this year compared to just 15 between 2010 and 2014 so the growth has been incredible.”

From October the Chinese currency will be included in the International Monetary Fund’s Special Drawing Right, or SDR, which is a basket of reserve currencies and Garcia said this has led to more investor interest. “41% of interest in the sovereign bond was from central banks,” she added.

Spencer Maclean, head of capital markets, Europe and Americas at Standard Chartered Bank, said at the conference that China is looking to launch an SDR-linked product.

Maclean said: “We expect an announcement in a speech at the G20 Summit on 4 September in Hangzhou.”

Jianhong Wu, member of the executive board, sales and marketing at Ceinex, said at the conference that Ceinex has listed 200 RMB products including 17 exchange-traded funds. “Last November 15 renminbi ETFs were transferred from Deutsche Börse but we have also launched two new ETFs,” he added.

“We are developing D-shares focusing on blue-chip Chinese companies that can be double listed on Ceinex,” Wu added. “This allows Chinese firms to raise capital from European investors and support the One Belt One Road initiative.”

The One Belt, One Road project from the Chinese aims to create a land belt that includes countries on the original Silk Road through Central Asia, West Asia, the Middle East and Europe, and maritime road that links Chinese ports with the African coast, through the Suez Canal and into the Mediterranean.