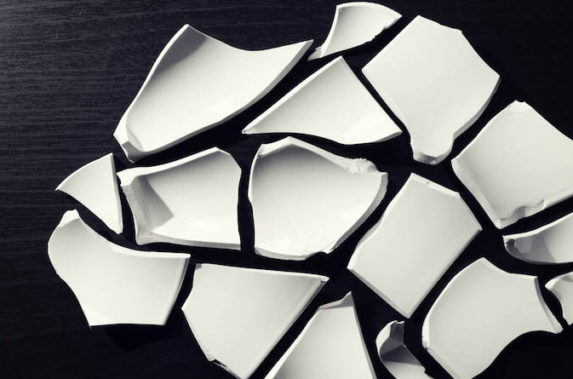 Since 2012 there have been discussions around how 33 separate pension schemes across London might work together more closely to achieve economies of scale and save costs. In 2013 the London Councils leaders’ committee agreed to launch a collective scheme which is due to launch this summer, subject to regulatory approval.

The scheme is aiming to save significant costs and may also open opportunities to invest in alternative asset classes, such as direct investment in infrastructure, that may not be easy for individual funds. In aggregate the funds have more than £24bn of assets under management with 87 fund managers, across 253 mandates, and paid £72.8m  in fees in 2012/13. Each fund is autonomous and overseen by a committee of locally elected officials.

Boleat told Markets Media: “This is the political oversight. Because I know a little bit about this sort of area I was asked to be chair and the committee just gives a forum for members to discuss big picture issues, and where we need to, take decisions.”

As chairman of the policy committee in the City of London Corporation, Boleat is also deputy chairman of TheCityUK, the promotional body for the UK financial services industry, and the international regulatory strategy group.

The City is administered by the elected members of the Corporation, which has a constitution based on the rights and privileges enjoyed by its citizens before the Norman conquest in 1066. As a result the Corporation provides services expected from local government and its functions include a planning authority, its own police force, a 24-hour street cleaning service as well as administration of open spaces, educational and cultural facilities in the Square Mile.

Boleat has been an elected member of the City of London Corporation since 2002. Between 1999 and 2012 Boleat ran his own consulting business, specialising in regulation, public policy and housing finance. Before starting his consultancy he was director general of the Building Societies Association, the Council of Mortgage Lenders and the Association of British Insurers.

This experience will prove useful in his new role. Boleat said: “We will need to be satisfied with the governance arrangements. This is about elected bodies so we need to have the right sort of oversight.”

Twenty nine London local authorities and the City of London have chosen to become to join the collective vehicle. Three boroughs have decided not to participate at this time.

The participants are working with Northern Trust to become the first of 101 local government schemes in the UK to establish an Authorised Contractual Scheme (ACS).

An ACS is a tax-transparent fund domiciled in the UK and regulated by the Financial Conduct Authority. Before the introduction of UK regulation in June 2013, the ACS would have needed to be domiciled in another European jurisdiction offering tax-transparent pooling vehicles, such as Luxembourg or Ireland. 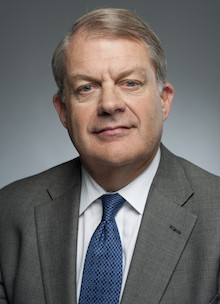 “The UK fund management industry has complained for some time that the way things are done in Britain simply means the business goes to Luxembourg,” added Boleat. “It’s not a question of evading tax, it’s a question of avoiding double tax in some cases.”

The ACS provides tax efficiency by allowing investors to preserve their own withholding tax status in relation to the investments made by the fund.

“The UK government is keen to have a thriving financial services industry because it employs lots of people and brings in money to the country. Previously people were having to go and set things up in other countries which didn’t really make a lot of sense,” said Boleat.

Mayor Jules Pipe, chair of London Councils, said in a statement: “Appointing Northern Trust to support us in this venture is a key milestone and their proven expertise in asset pooling and significant experience across the sector will be very valuable.”

The sectoral joint committee was not involved in the appointment as the contract was put out to tender. “It’s a big contract and there was a lot of competition for it,” said Boleat.

“The collective investment vehicle demonstrates London local government’s commitment to efficiency and value for money,” Pipe said in a statement.

The new vehicle is purely voluntary and rather than setting up a new fund with new asset managers, it will accommodate the participating boroughs’ existing allocations and investments policies.

The boroughs’ investment portfolios have been analysed to identify which mandates are already managed by the same fund managers and so can be easily pooled together to cut overall fees. For example, a number of boroughs may have identical equity mandates with the same fund manager. Each mandate will become a separate, ring-fenced, sub-fund within the overall ACS fund. Boroughs will be able to move from one sub-fund to another relatively easily, but ring-fencing will prevent cross contamination between sub-funds.

“You can do it by saying you have got money invested here and here, and we will set up one giant fund, but that means some funds being liquidated,” Boleat added. “All of that can be done but it’s going to be expensive.This is a much simpler way of doing it.”

Adding  to the simplicity, each individual borough remains responsible for its own investment policy and asset allocation. “If we try to start dictating or suggesting asset allocation, the whole thing would rapidly run into a halt,” he said

Campbell Fleming, chief executive at Threadneedle Investments, said in a statement at the time: “We agree that there is a place for consideration of passive management for certain strategies – and believe the majority of local authorities are already doing this. In our opinion, the pertinent issue is not about active vs passive or the ability of active managers to add value per se, but the extent to which fund managers provide the active management for which they charge active fees.”

London Councils has said it believes that passive management should not be enforced at any level and that individual fund authorities should have the ability to use active management as part of their investment strategies.

Boleat said: “The funds are paying £80m or something in fund management charges and clearly we are looking to save a substantial amount, but it’s a bit dangerous to put figures on it,” he said.

There are wide variations in the fees that are being paid by boroughs which Boleat explained may be down to timing, their ability to negotiate or the size of the borough’s scheme.

“The fund management industry has got to expect this,” he said. “Fund management fees look high to some people, particularly if you have got a very large fund.”

Boleat does not expect all of the local council assets to be put into the collective vehicle. “If you have a dozen boroughs that that have got very similar mandates for UK equities with the same fund manager, then we can take all of it,” Boleat said.

Boroughs are free to choose how much they transfer to the collective vehicle.

“Some boroughs may decide to put half in and see how it works,” he said. “On the whole it comes down to straight pricing, what savings they are going to get by putting it in the fund.”

The minutes of the first sectoral joint committee meeting last December said data analysis suggested that 28 boroughs would have the potential to transfer between £5bn and £9bn of assets at launch, the majority in listed equities and fixed income. There are 14 fund managers collectively investing more than £14.5bn of assets, more than half of the total assets under management across all the borough pension funds.

Subsequent analysis showed that between £8.4bn and £9.9bn could potentially be brought into the collective vehicle for launch through 11 separate managers.

The minutes said that out of the 11 managers with mandates that might be collectivised for launch, nine have provided estimates of fee savings with an average reduction of 20% per manager.

Multi-asset funds and more straightforward property mandates could also be added to the collective vehicle in the future. There may be specialist areas such as infrastructure funds or private equity which the boroughs may not want to pool, or where there may not be benefits in putting them together into a collective scheme.

It is possible that the opportunity of using the new collective vehicle will cause some boroughs to review their asset allocation. Boleat said: “If this is seen to work and be producing substantial savings, then some boroughs might say ‘we are slightly different but do we really need to be?’”

The beneficiaries of the local government schemes have fixed pensions, so the savings will give boroughs the ability to save costs during a time of austerity when central government is cutting their grants.

“The reasons for a borough not participating in the collective scheme are quite difficult to see, because is not dictating to them what they should be investing,” Boleat said.

Before launch, the collective vehicle has to be incorporated as a company and established as a financial services organisation regulated by the Financial Conduct Authority, so it can accept investments from the boroughs.

Once the vehicle is up and running, there is potential for expansion, maybe to other public sector funds in London, or the boroughs may wish to add new managers.

Boleat said: “We are saying this is a London borough scheme, run by London councils to the benefit of London councils. Once we have got it up and running and it works, we will look at whether it proves easy to take others on board, but we only do that if it makes sense.”

It should be clear if the collective scheme is saving costs  by the end of this year.

Boleat said: “It’s a bit of a no-brainer. It’s not in any way fettering what we are doing but simply enabling us to have exactly what we have now but at a cheaper price.”