The Massachusetts Pension Reserves Investment Management Board is studying how and where its $59 billion would be best managed. It may not have to look far.

Increasingly, the typical U.S. public-pension model of farming out the money of teachers, police officers and state workers to third-party managers is coming under scrutiny. Plans in California, Texas, North Carolina and South Carolina have ‘insourced’ money, and executives of other plans such as New York City’s have indicated interest in doing so.

The investment organization has identified about $100 million of annual savings via Project SAVE, representing about one-third of its expense structure. Realization of the savings was about 40%-50% complete at the end of the first quarter, Trotsky said.

MassPRIM invests through the Massachusetts Pension Reserves Investment Trust Fund, which manages money on behalf of 290,000 active and retired teachers, state workers, and participants in 90 local retirement systems. Created by the state legislature in 1983, the PRIT fund seeks to maximize returns while keeping risk at acceptable levels for a broadly diversified portfolio.

Asset allocation is MassPRIM’s most important investment decision, the organization noted in its 2013 annual report. As of February 28, 2014, PRIT had 45.6% allocated to equities, including 20.5% in the U.S., 18.4% international, and 6.7% emerging markets. Fixed-income investments were 12.8% in core, which is mostly linked to broad indices, and 8.4% in ‘value-added’, which includes high yield bonds, bank loans, emerging-market debt, and distressed debt. Alternative-investment allocations were 10.7% in private equity, 9.1% in hedge funds, and 8.7% in real estate. 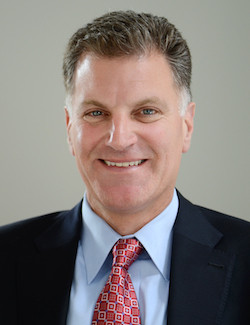 PRIT generated a gross return of 13.5% for the year ended February 28, compared with 12.2% for an interim benchmark that excludes private equity, according to performance data posted on PRIM’s website. The three-, five-, and 10-year returns were 8.9%, 14.3%, and 7.4%, each beating the benchmark by less than 1 percentage point.

PRIT’s actuarial rate of return was reduced from to 8% from 8.25% as of last year, but that’s still more than 5 percentage points above the yield on the 10-year U.S. Treasury note, a commonly referenced risk-free benchmark. “We’re mandated to earn 8%, which requires us to be fairly aggressive, equity-centric, and return-seeking in our investment strategies,” Trotsky said. “But we try to diversify and minimize risk to the maximum extent possible.”

“The investment-return hurdles that most public pension funds are required to achieve are challenging,” Trotsky said. “Fixed-income returns — and all returns, really — should be muted over the next five to seven years.”

In response, “you’re seeing plans across the country taking more and more risk” in attempting to clear their return hurdles, Trotsky continued. “Most recently, we have begun to take down our equity exposure, recognizing the fact that we’ve had five really excellent years of equity returns. Interest rates starting to go up makes fixed income very modestly more attractive, but more importantly, we’re starting to see signs that the equity markets might be a bit overvalued. Navigating that will be a big challenge for the entire industry.”

Trotsky, 50, joined MassPRIM as executive director in August 2010, and he took on the role of chief investment officer in October 2012. Previously, he was executive director of the $440 million Massachusetts Health Care Security Trust for two years, following more than two decades in the private sector, including senior positions at PAR Capital Management, Greenberg-Summit Partners, and a John Hancock subsidiary.

“My number one accomplishment has been to stabilize the organization,” he said. “When I got here, the compensation structure of PRIM was in flux, and it was under review for about 18 months. During that time, we had several high-level investment vacancies to fill. We were able to complete that work in late 2012, with a compensation plan that allowed me to at least communicate and offer people more competitive compensation.”

Trotsky continued, “we’re in Boston and we compete for talent with a private sector that offers many great opportunities to financial-services and investment professionals. For a long time we were way behind in our ability to pay and recruit.”

The revised compensation plan increased bonuses to as much as 40% of pay, from 30%, and made more positions eligible for that bonus level. Also, an incentive threshold was lowered, to 60 basis points of PRIT outperformance from 75 basis points. “We have a commitment to be more competitive in our pay,” Trotsky said. “This has given me the tools to recruit really incredible people and fill out — for the first time in my tenure — a full staff.”

Trotsky made nine hires in 2013, including Harvard Ph.D Eric Nierenberg as head of hedge funds and Michael Bailey, who worked at endowment-asset manager HighVista Strategies, as head of private equity. Nierenberg “is doing really new and innovative things in our hedge funds and low-volatility strategies,” Trotsky noted, while Bailey worked for famed investor André Perold and is “a very talented and seasoned guy.”

Risk management has been another area of focus for Trotsky. “When I got here, PRIM didn’t have a risk system,” he said. “I was often asked specific questions about the fund, which quickly made me realize that we didn’t have an in-house statistical risk-analysis tool to measure the characteristics of our portfolio.”

To address this, MassPRIM created a risk-management department and tapped MSCI’s Barra to provide tools to gauge the portfolio and the investment managers. “These tools allow us to accurately measure what the portfolio looks like and how it might behave,” Trotsky said. “We can measure risk and exposures, we can perform scenario analysis to communicate to our constituents exactly what the portfolio looks like from a volatility-risk standpoint, and ultimately we can make more intelligent decisions.”

“From a manager standpoint, it’s a spyglass into what our managers are doing. Are they drifting in style? Are they doing what we’re paying them to do?” Trotsky said. “We’ve developed ‘traffic light’ signals to alert us if any of our managers or portfolios are drifting away from our expectations. This is a very important tool.”

“We have significantly reduced turnover, and we are able to attract and retain great people”

The risk system is also used to guide MassPRIM’s decision-making when adding and removing managers. “In the past if we were doing a $1 billion small-cap mandate, we might hire four managers and give them $250 million each,” Trotsky said. “Now we get sample portfolios and run them through our risk system, and we’re able to discern the most diversifying combination of managers based on their styles and exposures. It’s much more disciplined and scientific.”

Through its Project SAVE, MassPRIM has transitioned its hedge-fund program from funds of hedge funds to direct investments with hedge funds, keeping just one FoHF and slashing the number of underlying managers from 237 to 22. “Our performance has been a lot better,” Trotsky said. “In the past, we struggled to even meet benchmark. Last year, we beat benchmark by about 5% and we saved about $40 million in fees.”

Even with the drastically smaller hedge-fund roster, MassPRIM pays a lot of management fees to a lot of different managers, whose allocations are “all over the map” according to Trotsky. “We have 29 public securities managers. We have 10 real estate, timber, and REIT managers. We have 100 private-equity and private-debt partnerships.”

Regarding futures, options and swaps being deployed in PRIT, Trotsky said “our use of derivatives is limited to only a small number of managers, mostly credit managers who utilize interest-rate and credit-default swaps as part of their strategy.”

Trotsky indicated he might prefer to discuss the workings of MassPRIM in terms of what’s happening within the four walls of the pension plan’s headquarters on State Street in Boston, rather than what far-flung investment managers are doing with the Bay State’s money. “We’re going to look at this really hard and see what’s right for Massachusetts,” he said. “We’ve already begun visiting some of our peers who are managing internally, to learn from them.”

John Rogers, president and chief executive of CFA Institute, noted that about one-quarter of the largest 200 U.S. pension plans had insourced some money as of last year. “The pros and cons relate to the plan’s size and sophistication,” Rogers told Markets Media. “Smaller organizations may not achieve scale merits or have the systems needed to insource.” 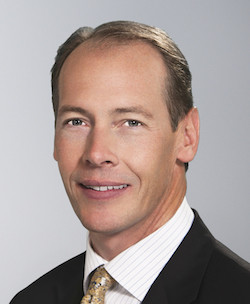 Rogers has spotlighted fiduciary capitalism, in which long-term institutional asset owners such as pension plans, endowments, foundations and sovereign wealth funds wield the most influence in shaping behavior in the financial markets and the broader economy. This trend tips power away from market intermediaries and short-term traders.

“Anyone can be a fiduciary capitalist by thinking long-term, considering ESG (environmental, social, and governance) factors, and putting the client first,” Rogers said.

Trotsky, who enjoys restoring antique automobiles and competitive sailboat racing in his free time, feels the shift. “Having been part of agency capitalism for 30 years and now coming over to this side of fiduciary capitalism, I sense this is happening,” he said. “It’s already evident in how the industry’s fee structure is coming down.”

Of MassPRIM’s fiscal 2015 budget of about $350 million, Trotsky noted 98% goes to investment-management firms and consultants, mostly out of state.

“There are pros and cons” to each approach, he said. “Along with internal management comes high salaries, which can be a lightning rod in the public sector even though there’s a gigantic overall cost benefit. So there’s so-called headline risk, which is unfortunate.”

“We may not be New York, but Boston is also a financial-services center. There are lots of great investment people around,” Trotsky continued. “We don’t have to pay Wall Street salaries if we can give someone a lot of responsibility and a lot of assets, a long-term investment horizon, and a job that requires no marketing and no capital raising. That’s a very good job for somebody.”