The majority of spot foreign exchange trade execution volume was automated for the first time last year according to GreySpark Partners.

The consultancy came to this conclusion after analysing data from The Bank for International Settlements’ 2019 Triennial Central Bank Survey of Foreign Exchange and Over The Counter Derivatives Markets.

Check out this year's report on Trends in FX Trading which explores the changing structure of the global flow FX marketplace. Download here for subscribers or purchase as a one-off: https://t.co/DVAxfZR9d4 pic.twitter.com/52IXRUT7yW

Bruckermann added that the increase in automated volumes came from two shifts in spot FX execution. Dealers have increased automation of manual electronic workflows and there has also been a significant shift go high-touch trading shifted from voice to the electronic manual channel.

Consultancy Greenwich said in a report in 2019 that FX market participants increased adoption of algorithms by 25% year-on-year. The study, FX Execution: Competing in a World of Algos, found that about one in five FX traders are using algorithms across North America and Europe, and on the rise in Asia.

Satnam Sohal, principal at Greenwich Associates and co-author, said in the report: “As FX market participants adopt sophisticated pre- and post-trade analytics enhanced by artificial intelligence and machine learning, the potential benefits of algo trading are becoming clear, and hedge funds and real money accounts are leading the charge.”

Co-author Frank Feenstra, managing director at Greenwich Associates, said in the report that technology and regulation are transforming FX trading, “In the new world of best execution, algos offer clients an important tool to source liquidity and minimize costs,” he added.

Bruckermann added that the role of the primary venues also shifted in the past decade. Greyspark estimated that the share of total average daily volume executed on primary venues fell to a historic low of 30% last year and anticipates it will remain roughly the same over the coming years. 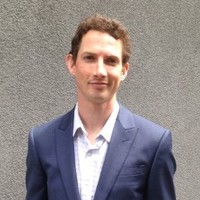 “The importance of two venues for the sake of identifying the mid-market price can no longer be taken as a given due to diminished primary venue trading volumes and changing trade counterparty composition within those venues,” he said. “In 2020, the ability of these venues to consistently reveal the true inter-dealer mid-point price should not be taken for granted.”

This week Citi announced that it had reviewed 53 FX vendors and removed 12 to simplify connectivity and reduce maintenance costs.

The bank said in a statement it is requiring foreign exchange platform vendors it connects through to commit to the principles of best practice in the FX Global Code and that it has completed an objective scorecard for each vendor.

“Citi has produced a scorecard that assesses each FX vendor platform against a number of criteria with the intention of providing market participants with greater transparency and clients with an objective framework for vendor platform comparisons,” added the bank.