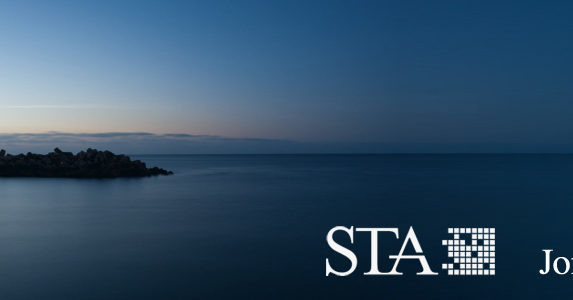 Browse: Home   /   Maker-Taker Pilot Likely to be Recommended by EMSAC

Maker-Taker Pilot Likely to be Recommended by EMSAC

ShareTweetShareMaker-taker pricing has been the subject of significant recent attention and debate, with a particular focus on the effects it may have on market structure,...

Maker-taker pricing has been the subject of significant recent attention and debate, with a particular focus on the effects it may have on market structure, broker routing practices, and investor interests. Virtually every market participant will be affected by any change.

Later today,the Securities and Exchange Commission Equity Market Structure Advisory Committee, or “EMSAC,” will meet and its agenda will include recommendations and reports from the four (4) subcommittees created. While many issues will be addressed in this full day meeting, it will be the recommendations of the Reg NMS Subcommittee and its “framework for a potential access fee pilot” that will garner the most attention. Details on this soft recommendation were publicly released in advancement of today’s meeting and will include a pilot program that will allow for trading in certain securities with varying access fee caps and corresponding liquidity rebates or exemptions from the popular maker-taker pricing system. The sub committees and larger Committee are truly advisory. In order for recommendations to move beyond the Advisory Committee stage, the Commission would need to undertake its own formal process, and is under no obligation to move the recommendations to a next step.

The Advisory Committee process was set up by the Commission and is an important mechanism for the industry to consider and recommend to the Commission initiatives which will further the NMS and serve the interests of an efficient market in equities while protecting investors.

In a separate, though related development, at the April 7th Security Traders Association of New York 80th Conference and Dinner, guest speaker David Shillman, Associate Director, Division of Trading and Markets, U.S. Securities and Exchange Commission, told the audience to expect a pilot program that would foster trading of certain securities with different, but lower maker-taker pricing or a rebates than exist today. The purpose, he added, was to see if the rebate system really does factor in with brokers’ best execution mandate or hinders liquidity and price discovery.

“I would expect there to be concrete discussions on a way to design a maker-taker pilot,” Shillman said.

He had previously said that a group of industry advisers will probably propose how to design a test of maker-taker.

What is maker-taker pricing?

Why do exchanges employ maker-taker? In order to attract order flow while incentivizing market participants to provide liquidity at the most competitive prices, many exchanges and other non-exchange markets have adopted a fee structure where they pay a per-share rebate to their members to encourage them to place resting liquidity-providing orders on their trading systems. So when an order comes in to either buy or sell stock, it can be filled and at presumably the best price on the National Market System.

On the plus side, many market participants, mainly the exchanges, have argued that the maker-taker model is an important competitive tool for exchanges and directly or indirectly can provide better prices for retail investors.

Conversely, others believe it may exacerbate conflicts of interest between brokers and their customers, where the broker will first try to route an order to the exchange or venue that pays the largest rebate – not necessarily the one with the best actual price. This might contribute to market fragmentation and market complexity through the proliferation of new exchange order types, and undermine price transparency.

Underlying the maker-taker debate are exchange access fees, which fuel the ability for firms to implement maker-taker pricing. The subcommittee will recommend an analysis on a range of access fees for a random sample of stocks withmarket capitalizations above $3bln.

The History of Maker-Taker Pricing

In 1997, the Island ECN was among one of the first venues to start using a maker-taker price model, in the form of liquidity rebates, to lure order flow away from its exchange competitors. This new pricing scheme, when coupled with the speed and efficiency of electronic technology, helped its traders not only generate income but bring electronic trading to the masses. This is turn, helped Island develop more and more trading relationships and establish itself as a place of cheaper liquidity. It also spurred competition with the exchanges and narrow bid/ask spreads.

The Pilot Program and its Effects

According to market structure experts and traders, the proposed maker-taker pilot would likely not include any stocks that are currently involved in the SEC’s small tick pilot, which allows certain small cap stocks to be traded in nickels rather than one cent increments. The tick pilot consists of 1400 securities with market capitalization of $ 3 billion and less, an average daily trading volume of a million shares or less, and a closing price of $2 or more. Should the recommendations of the subcommittee be adopted by the full EMSAC, the Commission would issue a Concept Release detailing their view of a pilot program which would be open for public comment. From there, the full Commission would vote on a final pilot program which would most likely then be implemented under a Reg NMS Plan

Ultimately, the effect on investors and investor protection needs to drive the deliberations and considerations of the stakeholders in this critical initiative.